Where do I stay?

Some people who have never experienced anything near the realm of thru-hiking have a difficult time trying to understand the ins and outs of trail life. This leads to the joke in the thru-hiking community that there is a certain set of the same predictable questions that are asked to every hiker. Included in that list is "Where do you stay on the trail?" For people who are new to the concept of thru-hiking this is a fair question. When you’re thru-hiking the AT, you generally have three options: camp, shelters, and in-town lodging. While hiking through the White Mountains in New Hampshire there is an additional option that becomes available in the form of work-for-stays in the High Huts. Let’s take a closer look into each. 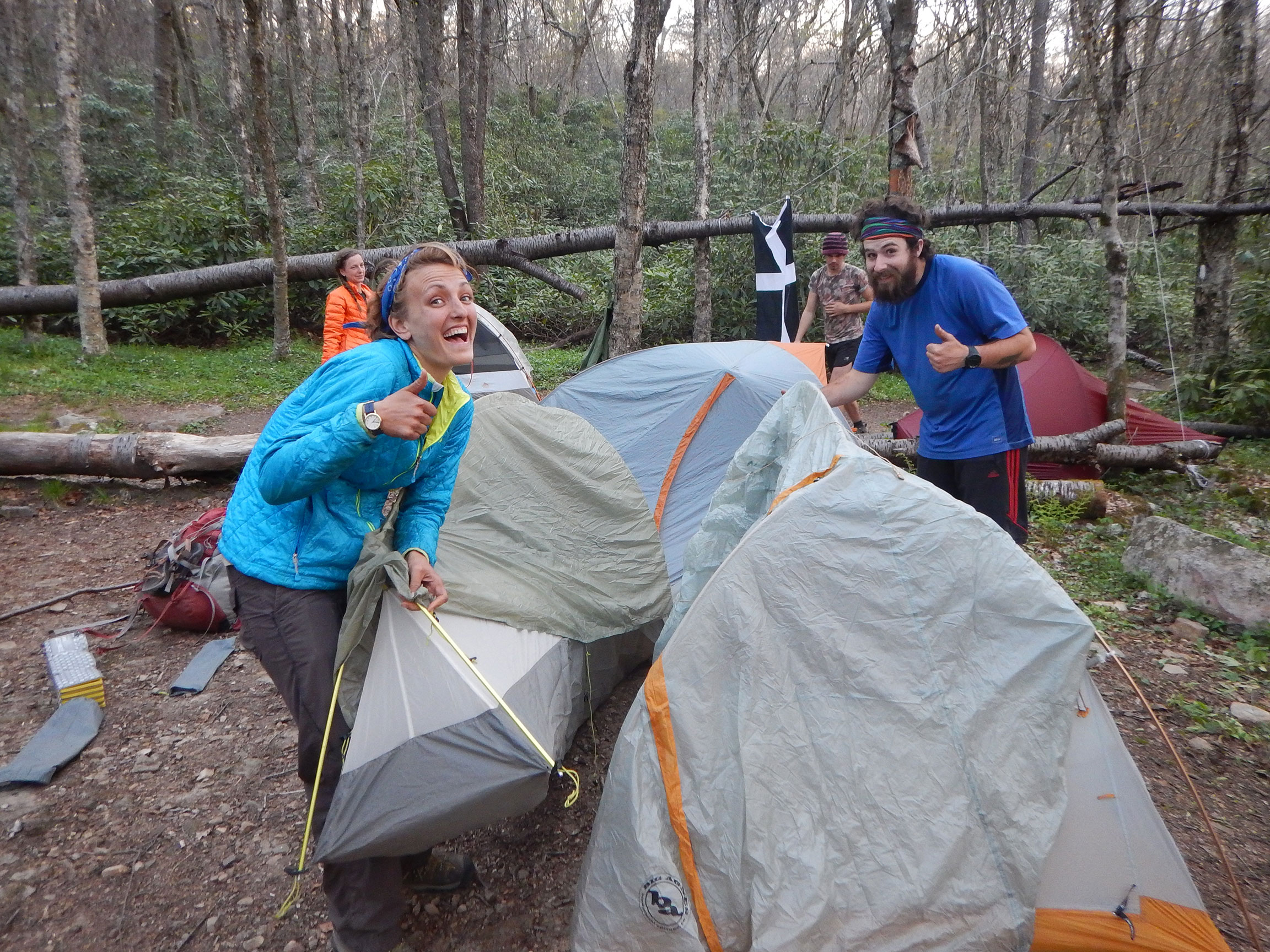 The most popular choice of sleeping arrangements is simply just to choose a designated camp site from those listed in whichever guide is being used. Most shelters along the trail have designated camping areas around them. During the first few months of the trail especially, shelters tend to be extremely crowded, and therefore so do the campsites that surround the shelters. It might be preferable for those seeking a bit more quiet and solitude to choose campsites that are separate from shelters. Aside from the noise and proximity to people, there might simply not be any ideal options for setting up camp due to things such as lack of level ground or unsuitable ground type for staking a tent into. Planning camp sites out ahead of time (for example, a week in advance at a time) could be to a hiker’s benefit. This tactic can be used to plan how many miles a day you might hike and choose campsites based around that. It can be helpful to plan backup options so you’re prepared for a top campsite pick turning out not to be feasible once you arrive. Of course, you might not be planning to use a tent at all! Some hikers start out with a tent to have more protection from the elements and swap their tents out for a hammock when the drier weather sets in. This opens up some options as you only really require two sturdy trees to settle in for the night. If you are planning on hammocking from start to finish, there will be a wide variety of options available to you from the beginning. 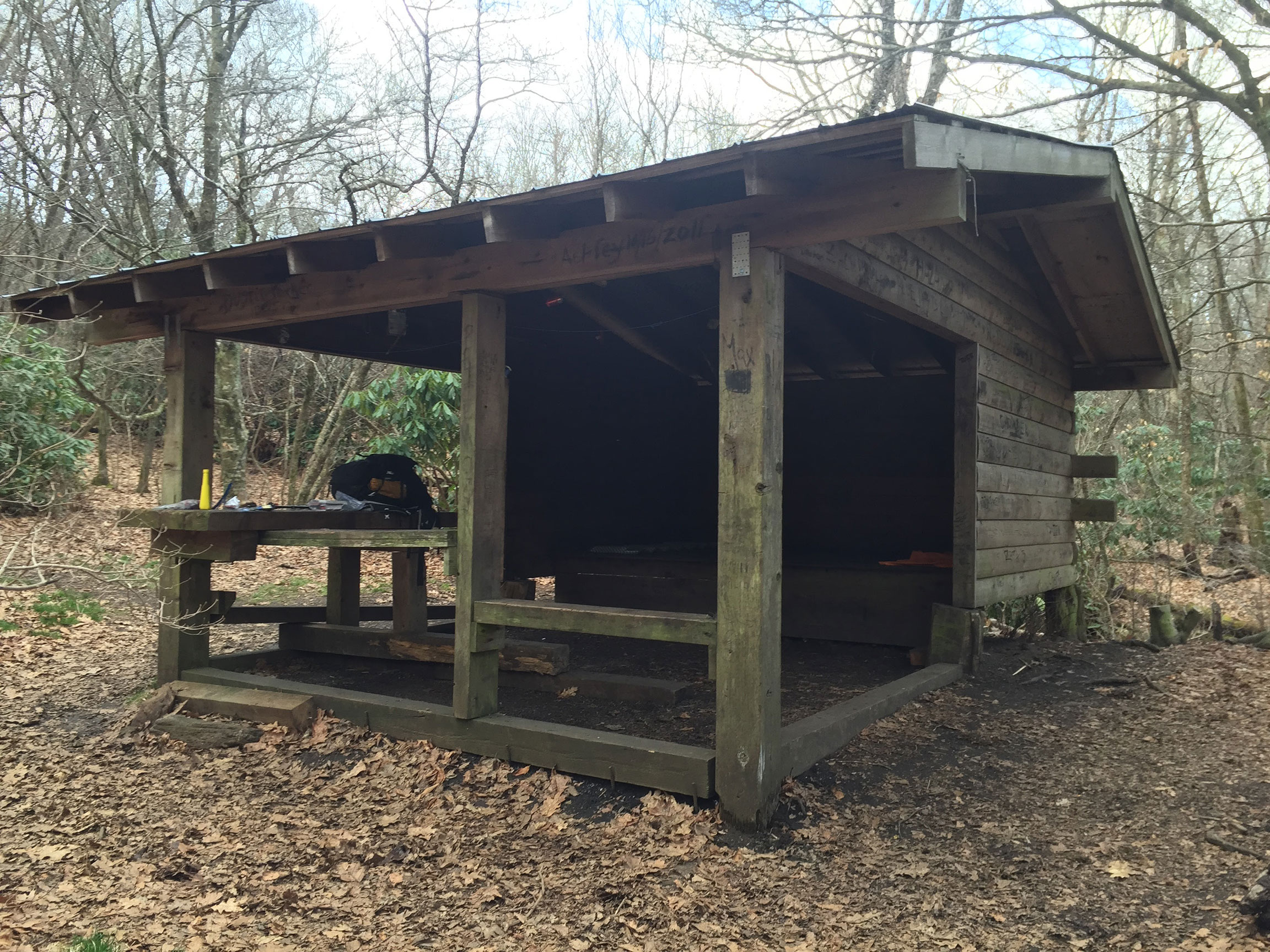 Shelters are another great option for a place to sleep at night. They are generally three-sided lean-to structures, however there are some fancy shelter along the way that are multi-level and fully enclosed with a door, and in some cases have a fireplace. Shelters are roughly distanced about ten miles apart but there are times when shelters are nearly thirty miles apart. Shelters can be directly off the trail or down a side trail. People tend to have strong opinions about whether you should stay in one or not, so let’s weigh out the pros and cons.

Shelters can be an excellent place to stay when it’s cold, wet, rainy, or you’re just too exhausted to set up camp. If you struggle with the idea of spending a night entirely alone in the woods, shelters tend to attract crowds since they’re a designated camp spot and likely have a water source nearby, which is also a plus. Shelters are first-come first-serve, so if you are planning to sleep in them, it is advisable to tackle your miles for the day efficiently and arrive in time to get a decent spot. Either way, shelters are a great way to engage in the exceptional community on the trail-- there’s nothing like sitting around a fire with fellow hikers at night and sharing some good laughs.

Shelters certainly aren’t for everyone. Given the fact that shelters are structures in the woods, it’s almost inevitable that mice rule over the structure. Unfortunately, some hikers leave behind food and trash, which attract mice and other critters. Plenty of shelters have a place to hang your food bag to keep them away from bears and mice. Some shelters are very old and/or aren’t well maintained which can lead to them being rotted and dirty. Though some may see the crowds and camaraderie as a positive thing, others really like their solitude. One of the biggest cons about sleeping in shelters, especially at the beginning of the trail when the shelters are most crowded, is that you will be very close to a variety of different sleepers. If you don’t think you’ll be able to get comfortable rest next to fellow smelly hikers and potential snorers, shelters probably aren’t your thing. Of course, they don’t have to be your thing by any means because you can choose to set up camp just near them instead of sleeping in them. 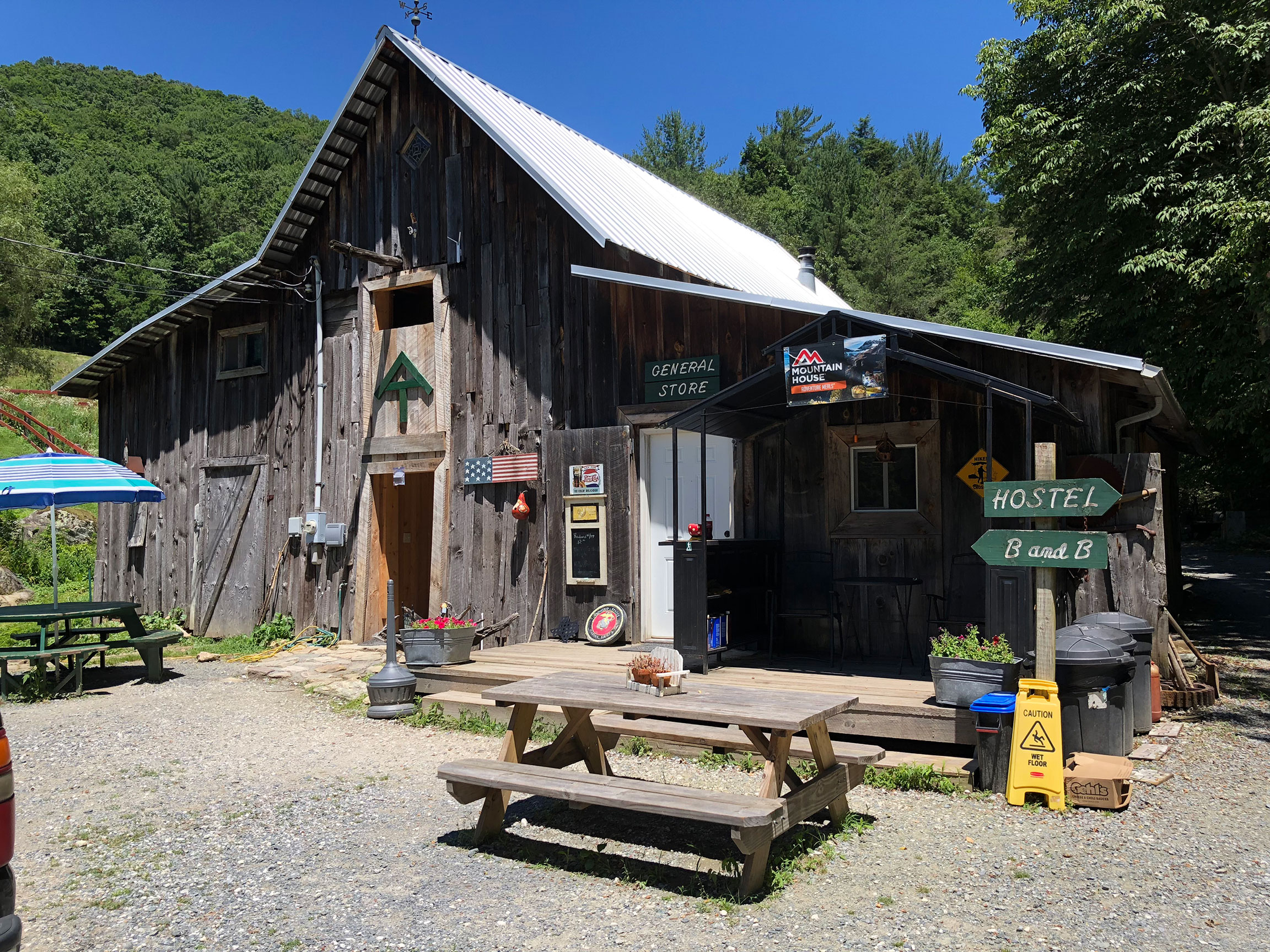 There are frequent opportunities for staying in town. From hotels and motels to hostels and sometimes even Airbnb. The town size certainly depends on what is available for accomodations. Most guidebooks will inform you of these options, but smartphones are an excellent resource for doing some quick research in this area as well. Hostels are scattered among the trail and in plenty of cases don’t require getting a hitch into town to get to them. Some of them are right along the trail. Hostels are great for sending mail, minor resupplying, stopping for a meal, etc. Many hostels offer shared bunk rooms, cheap showers, and laundry services. If you are thinking of heading to a hostel that will require some extra effort to get to, it’s always worthwhile checking ahead of time what amenities they provide. If hostels aren’t your thing, check with some local motels. If you’re looking to save some money but still avoid the hostels, splitting a room with hiker friends is quite common.

Work For Stay in The White Mountains 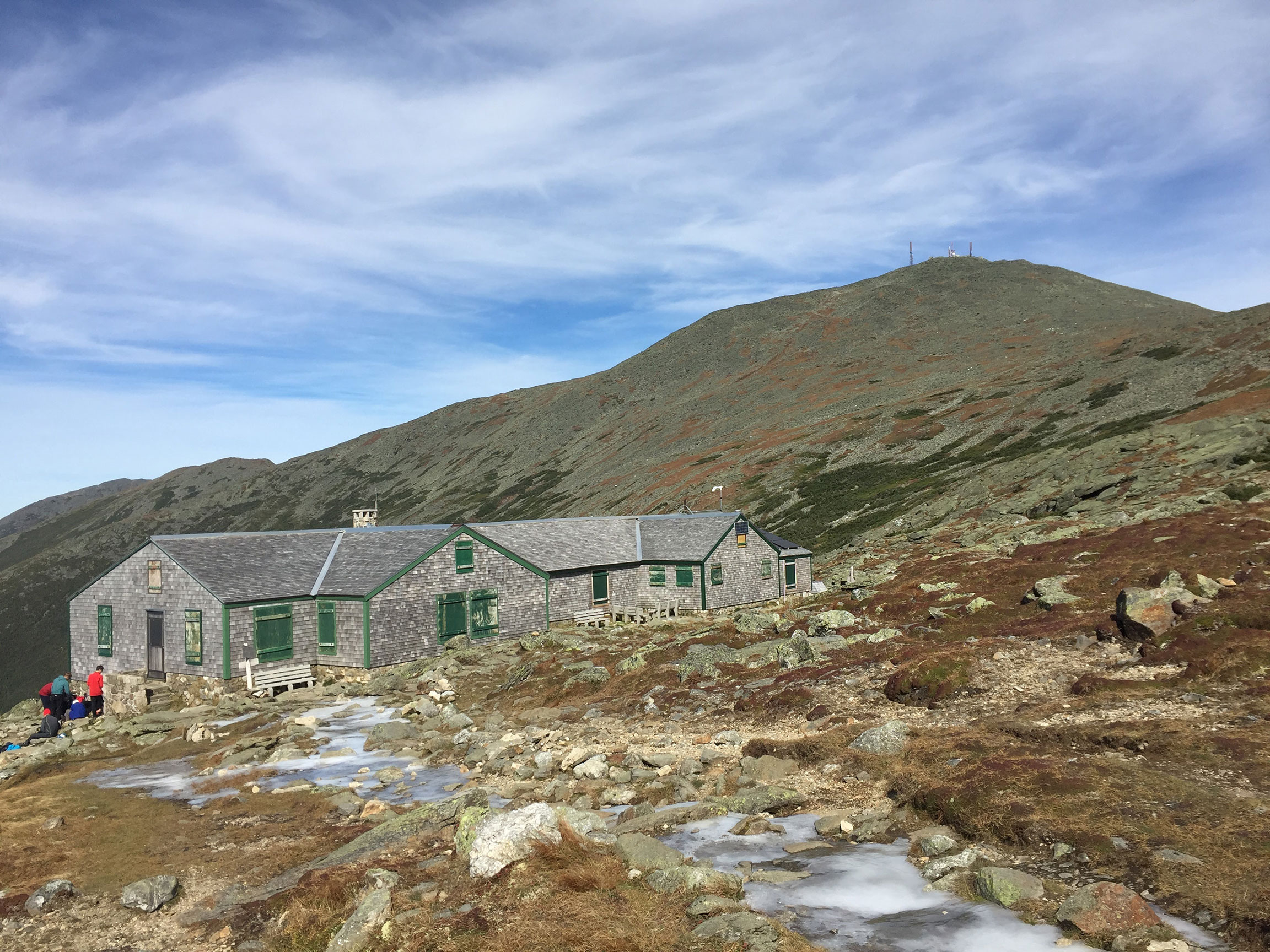 One last option that’s available throughout a specific section of the trail is for the thru-hikers who don’t mind exchanging a little elbow grease for a night of indoor warmth and rest. This option is called a work-for-stay. In the White Mountains of New Hampshire, there are a series of huts built by the Appalachian Mountain Club (AMC) that are designed mostly for weekend or section hikers to hike out and have a place to sleep and a warm meal. It is possible for a thru-hiker to book these in advance and pay for them. However, if you’re willing to do some work, you may be able to crash inside on the floor for a night. This is especially nice when the nights at this part of the trail tend to have quite cold and windy weather. Even more enticing, for a thru-hiker suffering from full-blown hiker hunger, are the leftovers. Each night the guests eat buffet style and in exchange for your work you’re allowed to have at the leftovers which are generally all you can eat deliciousness. The chores can include cleaning dishes, sweeping floors, sweeping bunks, and the like. Keep in mind that if you’re planning to do a work-for-stay, your best bet is to arrive earlier in the day since most huts only accept a few hikers. It’s also important to research the dates that the huts are open since a handful close in September and could be closed upon arrival. Staying at these huts can be a very unique and fun experience. From one hiker to another, this option is highly recommended to try out at least once.