What is the Appalachian Trail?

The Appalachian Trail, commonly known as the "AT" is a National Scenic Trail in the Eastern United States that travels from Georgia to Maine through, well, the Appalachian Mountains. On its way, it passes through 14 states (Georgia, North Carolina, Tennessee, Virginia, West Virginia, Maryland, Pennsylvania, New Jersey, New York, Connecticut, Massachusetts, Vermont, New Hampshire, and Maine), eight national forests, and two national parks. The trail is roughly 2,200 miles in length though changes in land ownership and/or ends of leases cause the exact length to change each year by a few miles.

Each year it's estimated that two million people get out to hike on some part of the trail. That includes a small number who attempt to hike the trail in its entirety, otherwise known as thru-hikers. These hikers generally spend anywhere from three to seven months on the trail. Some (crazy, but awesome) people complete the trail in record times (currently 41 days, 7 hours and 39 minutes) known as the fastest-known-time, or FKT. Despite the drastic differences in completion times, there’s no right or wrong way to thru-hike.

Here's our map to give you an idea of where the AT lives. 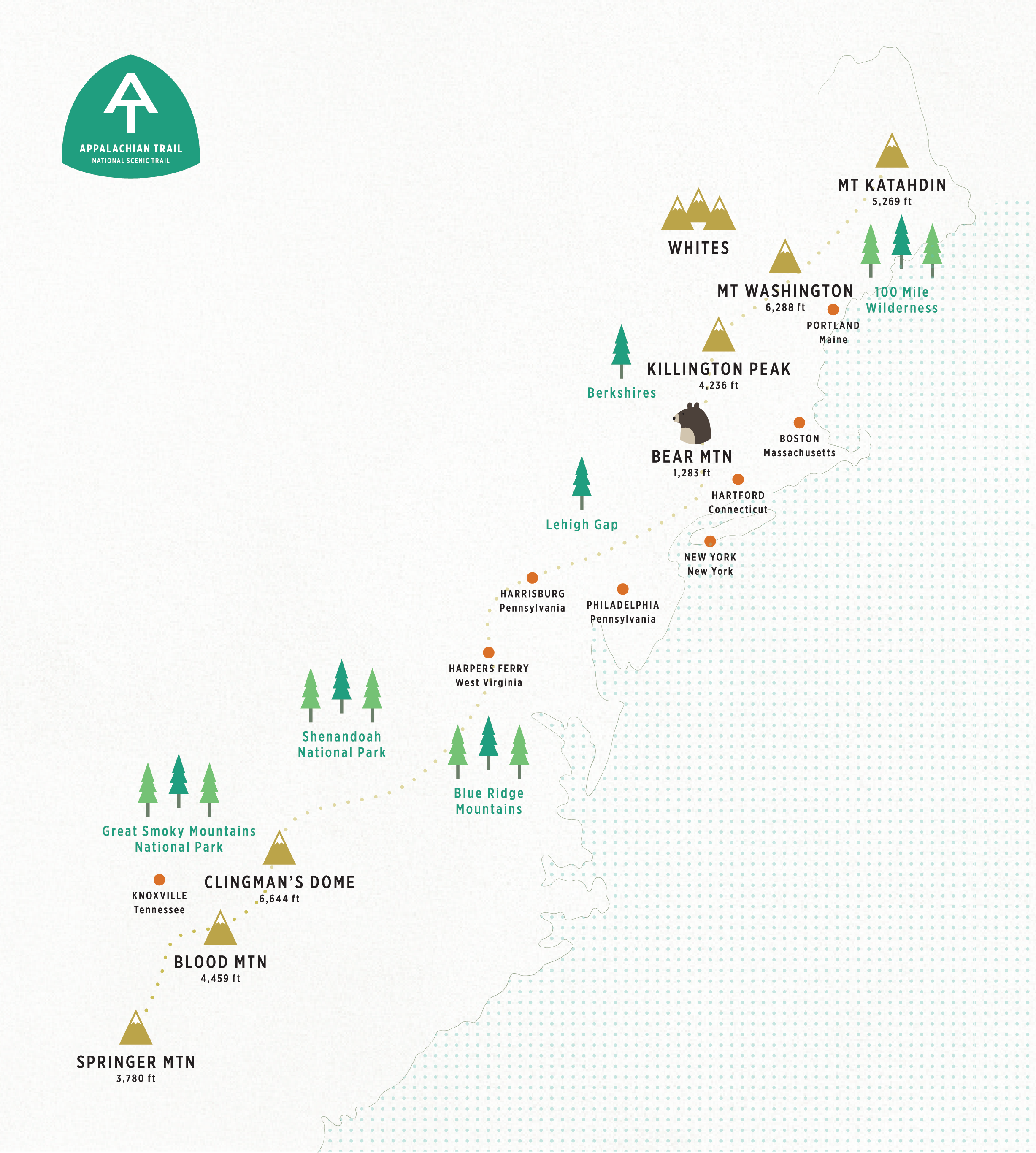