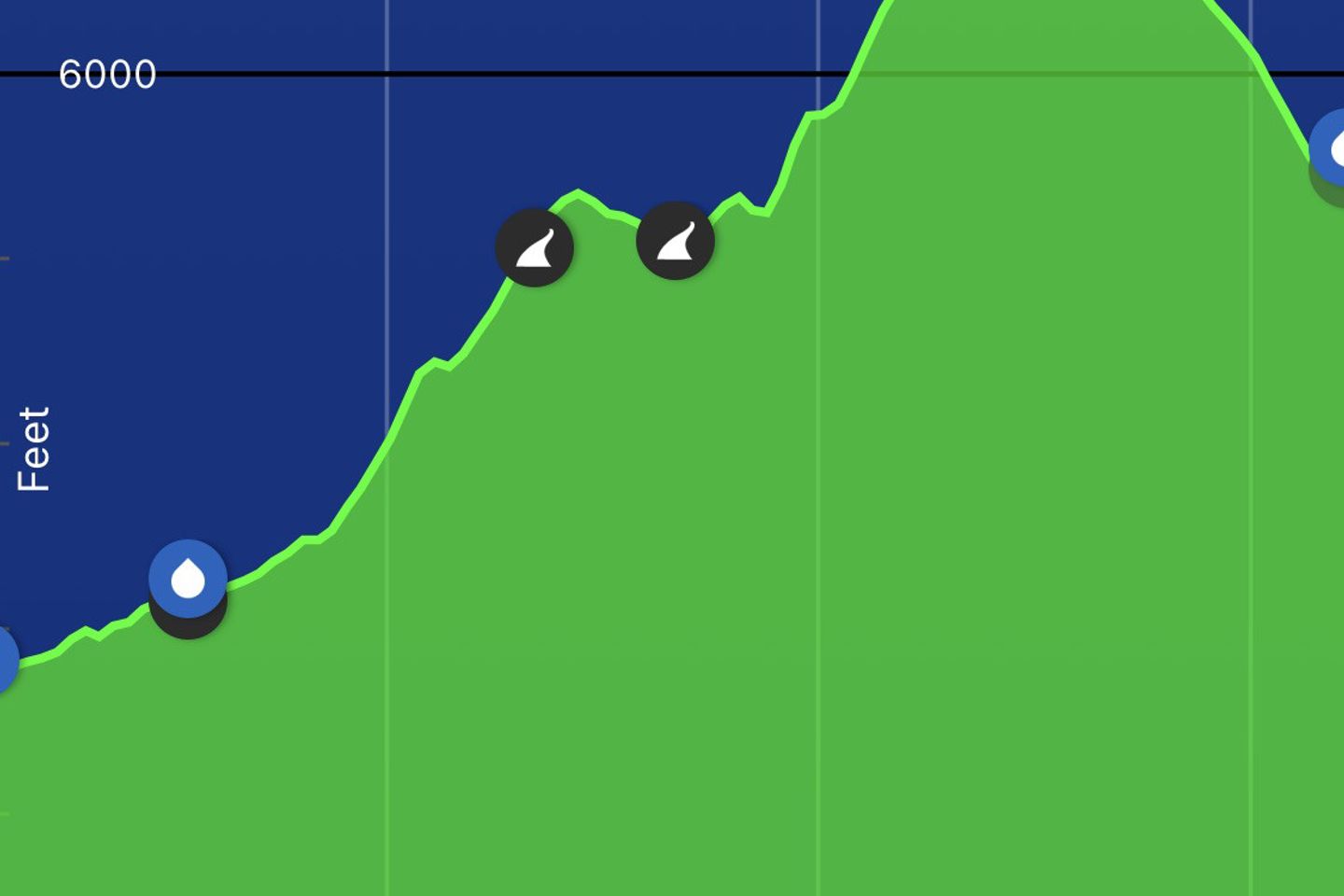 Getting into Patagonia at 51.2 was just the first half of my day. After that lovely stop at RMF with a seriously damaged in transit resupply box, I pushed off for what I thought would be about mile 61 and I would have been a-okay with a slightly lower mile count if it provided a chance to enjoy being in camp.

Routing and mileage for me is largely about water. After a few disappointing stale pools and that after nine miles from town I had a solid three liters in my bag, I just kept trudging on. Eventually I found some bearable looking water that with the filter and chlorine tab is fine, but then it came down to finding a camping spot...

The time was 4:30 and I had already well hit my mile goal of 20. Short story: the trail through Temporal Gulch is no joke. I’ve trained at Haleakala with elevation and weight. But this was a different beast. Good Sierra practice I kept telling myself. “God. God. God.” My mantra. It was 64.8 at the peak of somewhere with an elevation of 6563 feet that I immediately found a tree-protected spot to stop.

Jenny was a mother, on in here years, who was a slow and steady trucker and joined me at the camp spot. After both pitching our tents we each ate our dinner in a little huddle: she a couscous mix and me a split pea soup mix. My glorious Charlie angel, Annie, who drove me to the start from Tucson airport had provided some Mexican hot chocolate. Since I am a cold soaker and Jenny had a stove, needless to say we enjoyed dessert.

I got off to a 6:25 start and immediately descended the beast we met summitted yesterday. It was actually really nice coming through a desolate wilderness at sunrise facing east into the Arizona sun. A few thousand feet down I stopped at a lovely creek and a little while after Joe Dirt from Utah caught up to with me and we kept a pretty good pace for quite a while. It was fun to talk with somebody who had done the PCT last year and then just jibber jabber about lots of things. We rendezvoused with his hiking partner who had gotten off to an earlier start, Sam, and after some touching go reconnects, we landed at Kentucky. I don’t know, somehow sore forestry service thing, but there was my first Trail Magic: A local IPA. Yes I did the service of acknowledging that thoughtful individual and guzzled it down.

They hung back to have lunch and I pushed on into my first gusty conditions with a light sprinkle and semi curious gray clouds in the distance. I met a couple locals along the way who gave accurate indications of the weather and all signs pointed onward. After the weather cleared and at some point as I was descending some other valley with beautiful rolling hills, I met a different trail angel who was out for a walk with his dog that directed me to his car where there I found many goodies of which while my body might not delight in them oh my mind so did. Pizza Hut, you will forever have a place in my heart on trail. Oreos not so much but still respect. Hard seltzer, yes. And cutie oranges, forever.

Now, I’m looking to tomorrow, I have 3 L of water which is not a lot. If I haul ass, conceivably I can make it to colossal cave after a 27 mile day. I’m not in love with that idea and really have to question if it’s the right thing to do, but unless a decent water source pops up I might just have to. The fact is, there’s zero to skank at best water the stretch. I do have one lemon and one lime with plenty of food, so I’m not worried about energy. That Trail Angel also said tomorrow should be cooler by about 15 degrees, but nonetheless that is helpful. I guess we’ll see.

Wednesday: So what you think happened, happened. Not only did I end up waking up and leaving about 1:30 AM, but I pushed 33 miles. Yeah, staggering, surprising, but it just felt right so I decided to keep it. Long story short it was beautiful terrain and I just felt in a groove. At the trail magic dinner, I veered away from the conventional beef and did broccoli with a bunch of chips and Oreos. I know weak, on trail, but I also have to be real and honest with my body. That’s what important for me.

And a bummer note, one of my stakes broke and so now I’m with five until Kearny, in several days. I actually decided against bringing my spare from Maui, and I wrestled with that decision, so now I have three ready to go from REI. Rookie mistake. It just so happens I have way too much food too. Having never done this before I did not really know how to gauge my calorie intake and on trail tastes, so it’s part of the process. There’s also some weather coming through Summerhaven on Friday right when I am expected to be in it. Thankfully, there’s a bubble leaving tomorrow as well so even if I pass them tomorrow, since most are camping in the park, there will be company at the summit. But I am hoping for the best and unless it’s super stormy looking on the horizon, as I’ve been told by a local, just keep going.

Very inspiring Jeffrey. Stoked for you!!

I had 32 ounces of hot chocolate yesterday at the Mount Lemmon General Stire yesterday after walking 12 miles of Winter Wonderland through the Pusch Ridge Wilderness. I didn’t take any photos for posts. It was epic in all ways of the word.

I hope the weather cooperates for you. Listen to your body both for intake and for the level of output. Be safe and enjoy hot chocolate where you can get it! R

You're crushing the miles!! Keep it up! Also sounds like you're living it up over there with Mexican Hot Chocolate and local IPAs 😃.

Glad you had the time to make a lengthy report of the trail and friends and most importantly food and beverage! Too bad about the broken stake, let us know what intuitive replacements you find. No movie last night here, mostly read a recent New Yorker and tried to keep up with YSO. Working on our attitude, too, bro. Looks like the weather passed much north and was less than forecast. Good for trail conditions, maybe not so good for trail water. Yeah, Annie is the real deal and so glad you got to spend some time together. Bet you talked a little about IC and Cher and the group down in South AZ. As JG used to say, Keep Truckin'.