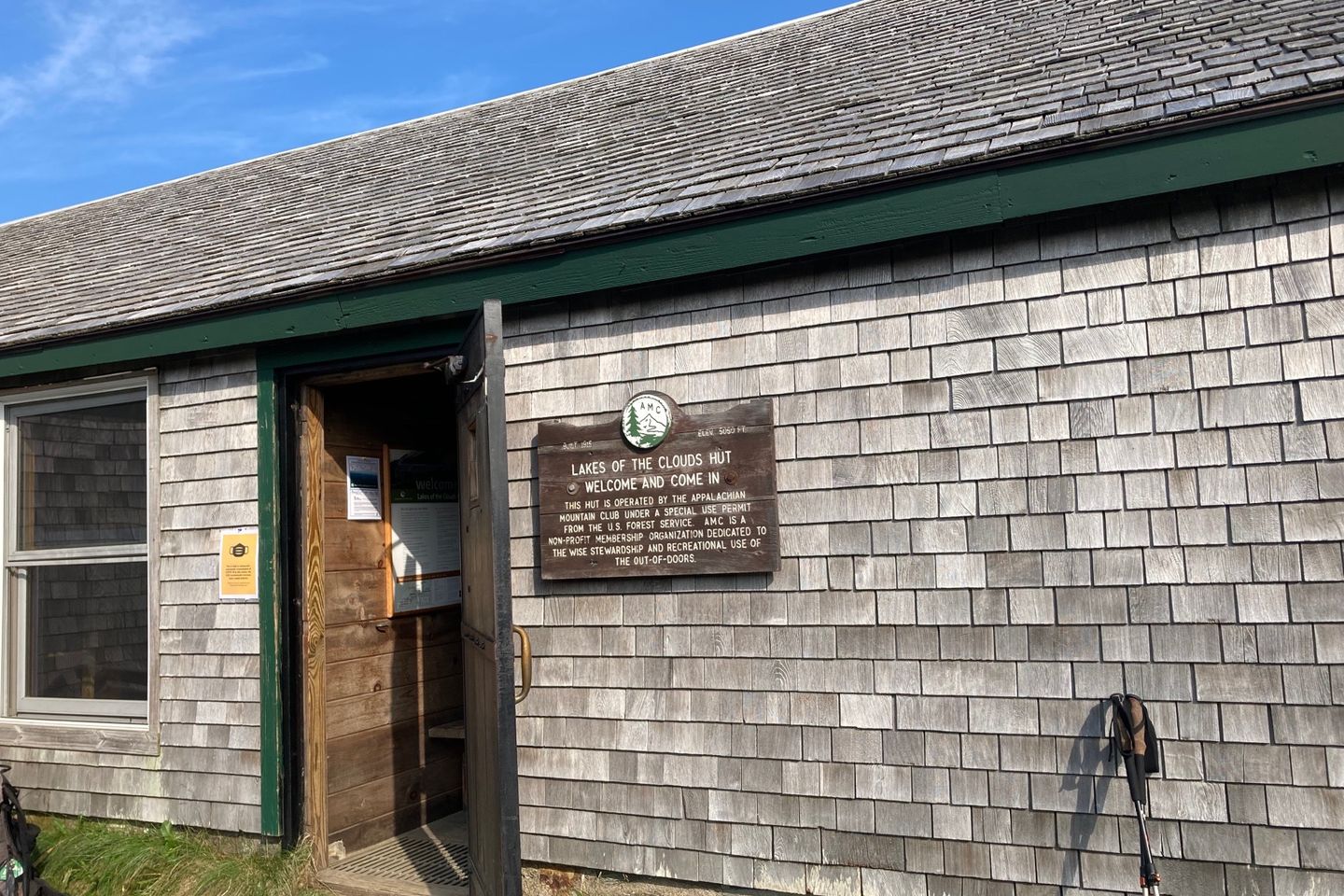 8/27/21 Great breakfast at Lake of the Clouds and left climbed Mount Washington(6,288 ft)Much easier climb then in the past.Attended a woman who looked ill sitting on the side of the trail with her friend. Awake alert no chest pain just exsusted. Recommended she eat something and drink and she felt better and I saw her at the top. Met Guy who works at the front desk. So friendly and nice. He gave a package Barb had sent with him as she is friends with him. Basically some gorp and snacks and headed on the Crawford Path. Windy and quite cool but really weather was great. Lots of people out. Didn’t summit Mount Adam’s as it was late. Sopped at Madison Hut for a snack and climbed Mount Madison (5,366) feet. and climbed down the long and difficult Osgood Trail. It was late and planned to meet Barb at Pinkham Notch. There was a couple ahead of me out backpacking not thru hikers. She was moving slow fell hit her head.No LOC or other neuro issues she had a small lac on her forehead cleaned it up. Put just a bandaid on it. ? Need sutures so recommended she go to a medical facility. Below tree line trail was rough. I had gone up this way to Mount Madison for Lola’s successful quest of the 48. Passed Osgood tent site and in retrospect should have stayed there but as planned pushed on to Pinkham notch. Trail was rough not well marked and I was talking on the phone. There was a low lying tree struck my head I went flying ad did my phone. Fortunately no major injuries. Stupid me got on the phone again slipped in a small stream phone got wet Abraded and hurt my left hand at the PIP joint. Got up phone had run out of power wouldn’t let me charge it,Got to Lowe’s Bald spot which I had been to years ago and really couldn’t find the trail eventually I did and made it to Pinkham Notch at 10:3O. She dried my phone out with her car heater and thank God it started barging. Ate some food she had made and drove short distance to Dolly Copp campground where I cowboy camped. What a day. Drove to her house for a zero day tomorrow. She is just so kind I can’t say it enough times. 15 miles hiked with 3,652 ft climb and 6,881 descent.