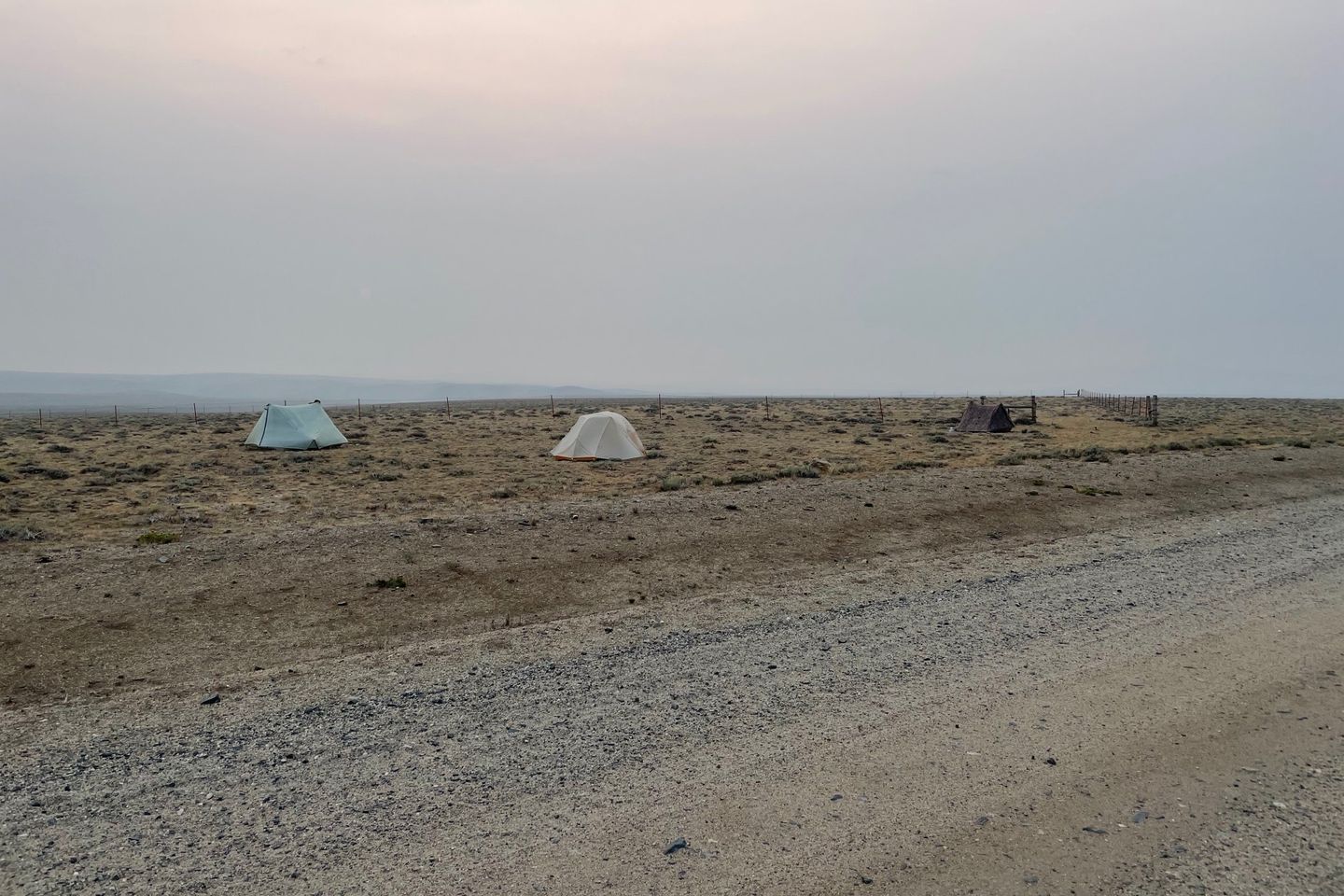 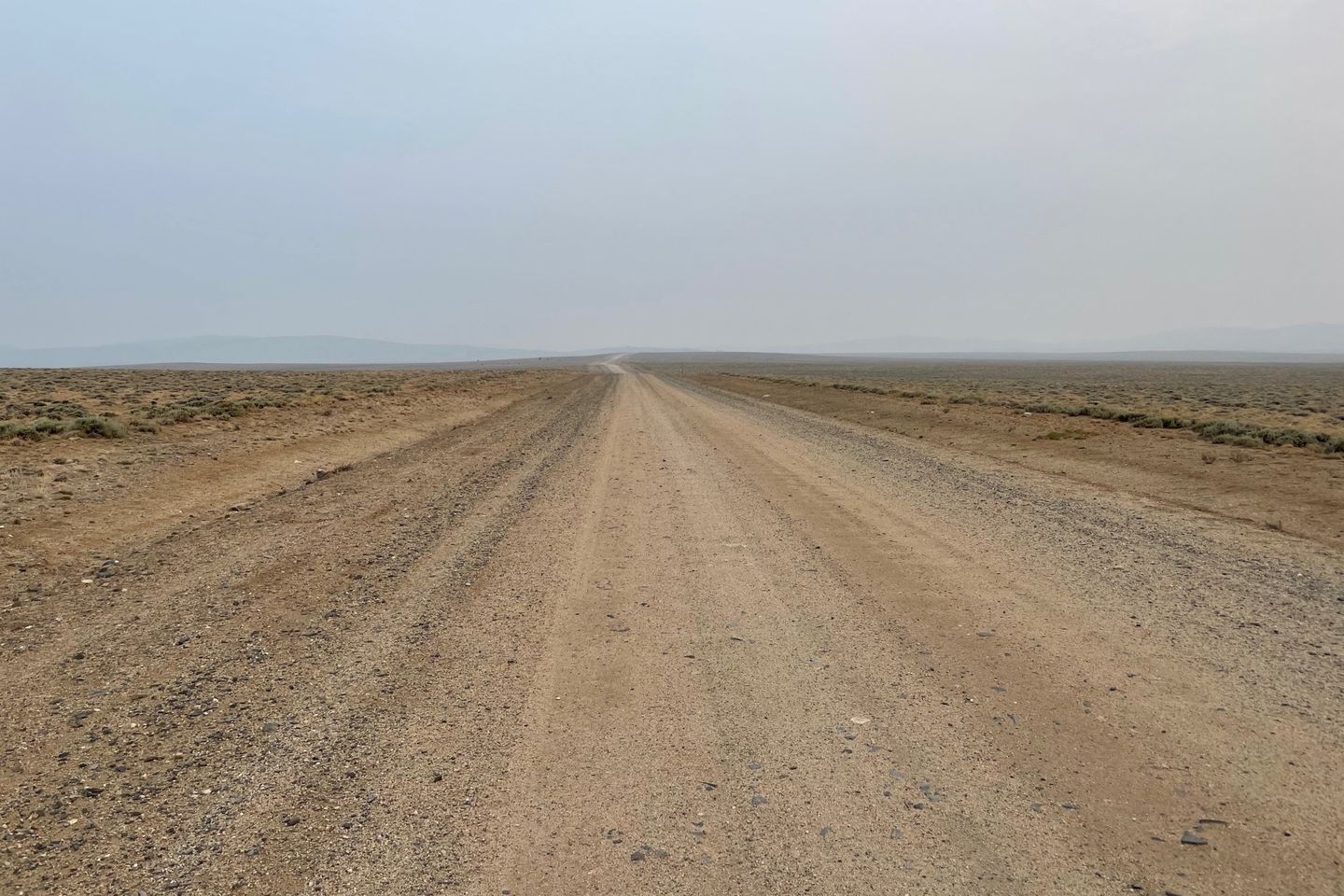 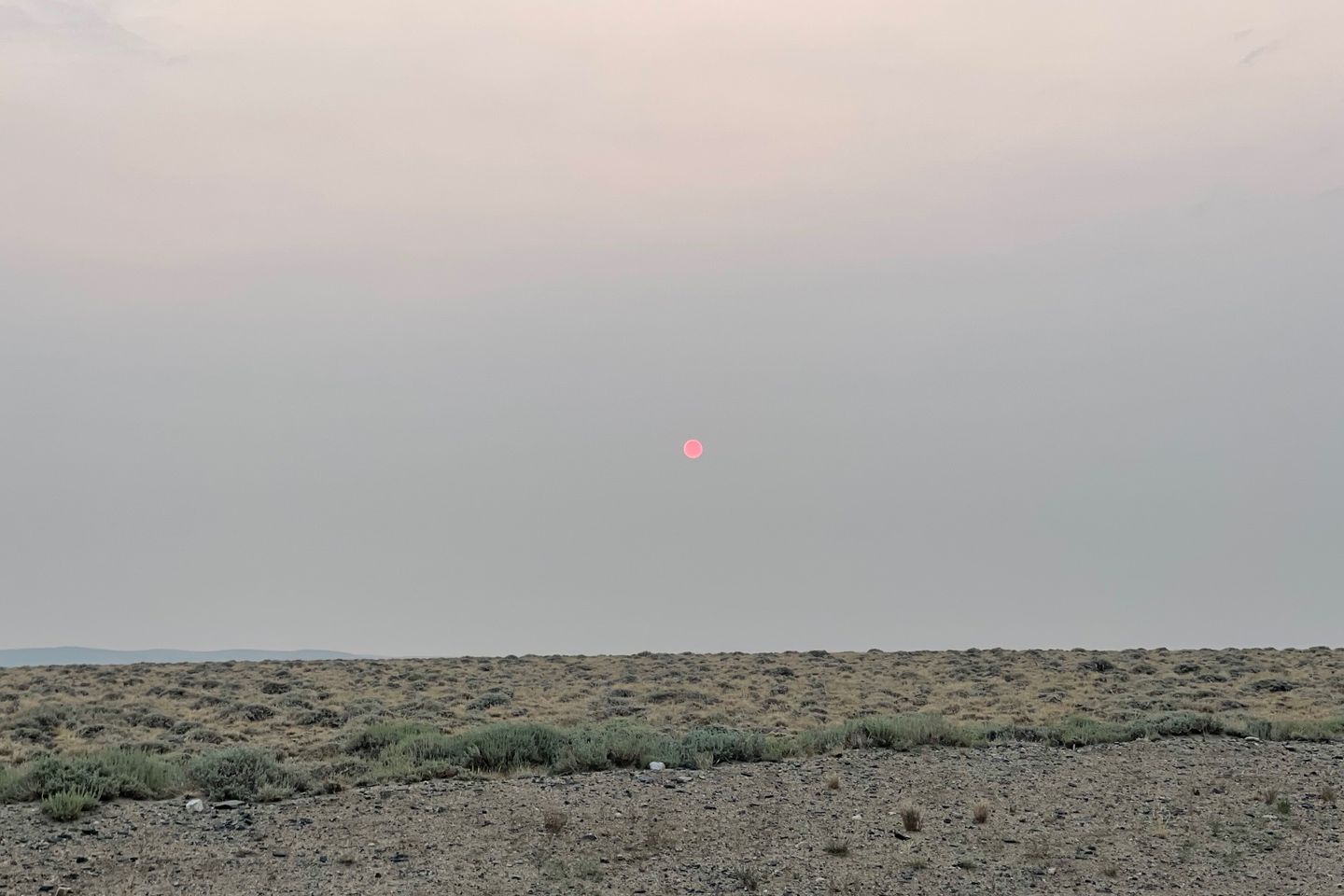 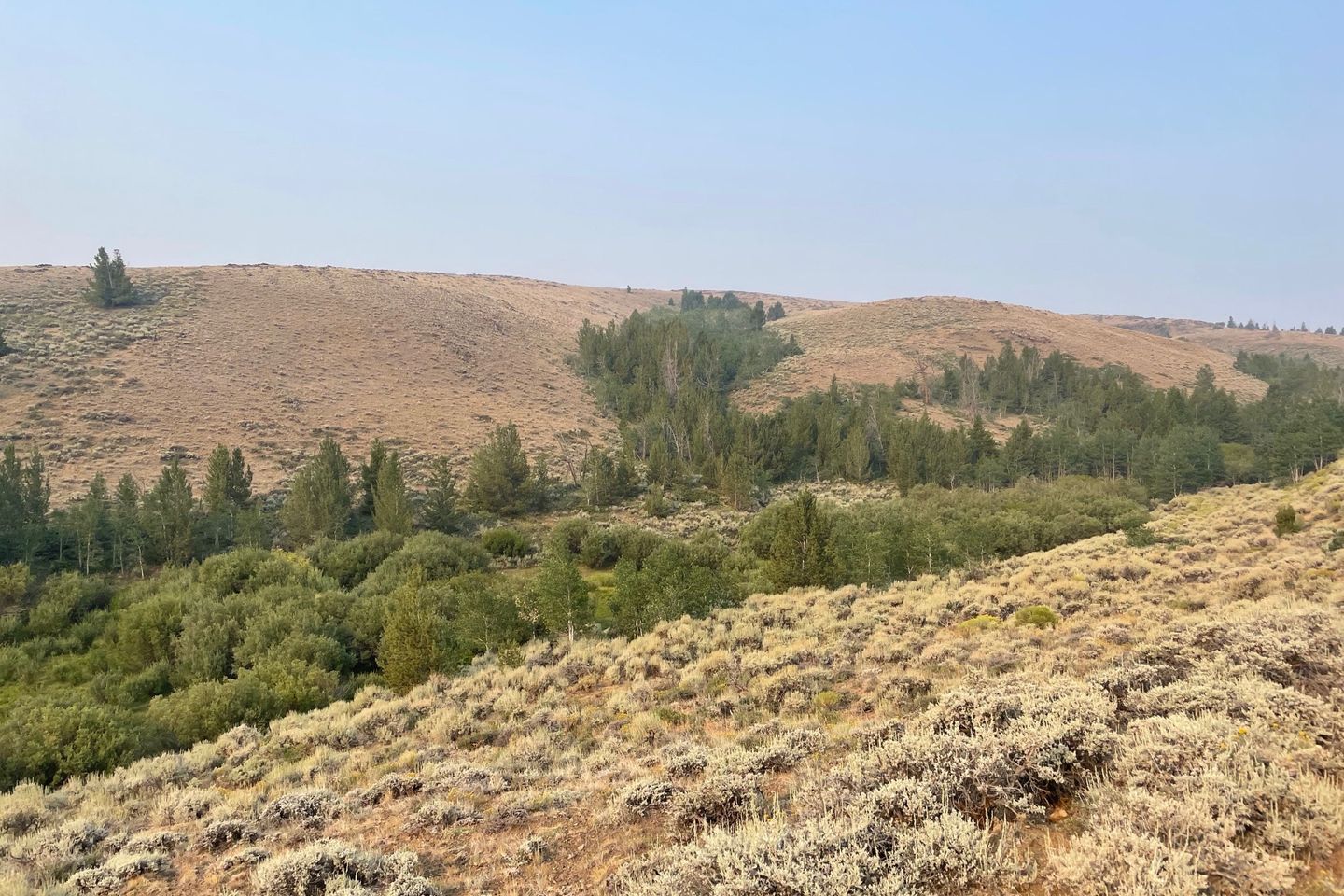 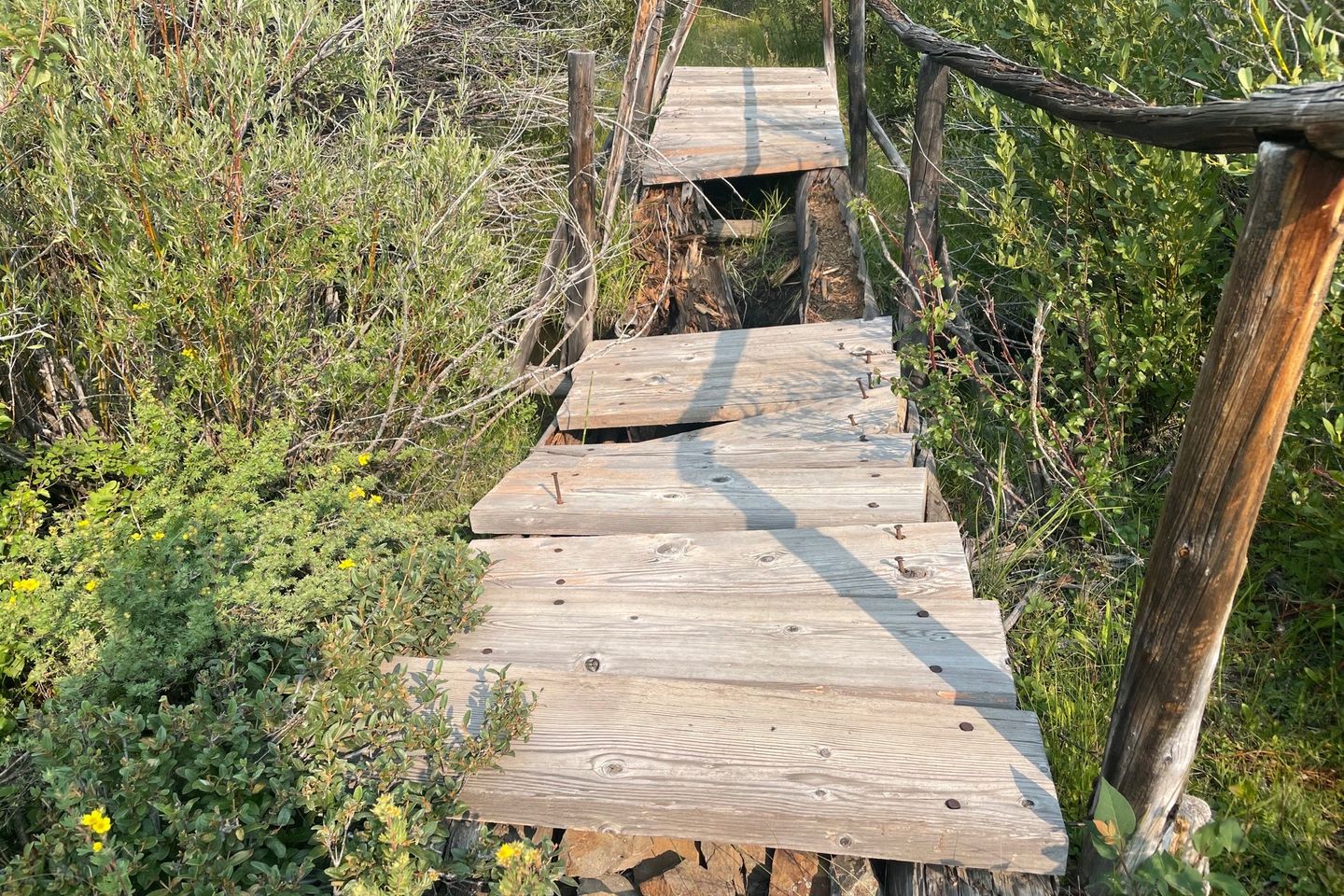 The winds died down right after sunset last night so I ended up with a good night’s sleep. It was cooler than expected this morning; we got a little spoiled with the warmer night temperatures across the Basin. The reduced visibility from the smoke persisted. I could not see the sun this morning until 30 minutes after sunrise.

The first couple of miles continued on the road we chose to parallel the ‘bad’ trail until the trail crossed the road. It was nice to get on real trail, but it was mainly just markers leading up a rocky ridge. The geography was definitely changing at this point, and it made sense. South Pass City had been a gold boom town, with mining in these hills.

I scared several groups of pronghorn as I came over small rises. It is cool seeing them close up, even if only momentarily as they run off. The trail on top of the ridge was very rugged sharp rocks. Tough to walk on but beautiful at the same time.

The trail went up and down and followed close to a small stream then up again. We started seeing signs of the old mining activity. The trail climbed steeply up a rocky hill and dropped very steeply into a small valley with a creek. Here there was lots of evidence of old mining; mine waste piles, wooden beams etc. The trail had some markers that evidently had signs in the past describing some of the mining activity. We crossed a small creek on a decrepit bridge and were suddenly at South Pass City historic area.

The historic area has restored and replica buildings from the gold boom era, starting in 1867. (Interesting fact: the first female justice of the peace anywhere was in South Pass City). We had arrived earlier than expected, so took our time wandering through the historic area before meeting my dad.

I heard my dad in the parking area as I approached. Awesome. I introduced everyone and we went to the small store and got cream sodas and sarsaparilla. Then he brought us to Lander for a planned zero tomorrow. There I got to see my mom as well. Thank you mom and dad!

Want to document and share your hike with friends and family?
Previous: Aug 6th, 2021

Hey! We have been missing your updates. Are you still hiking? we have been following you the entire way and we are anxious to hear where you are now.