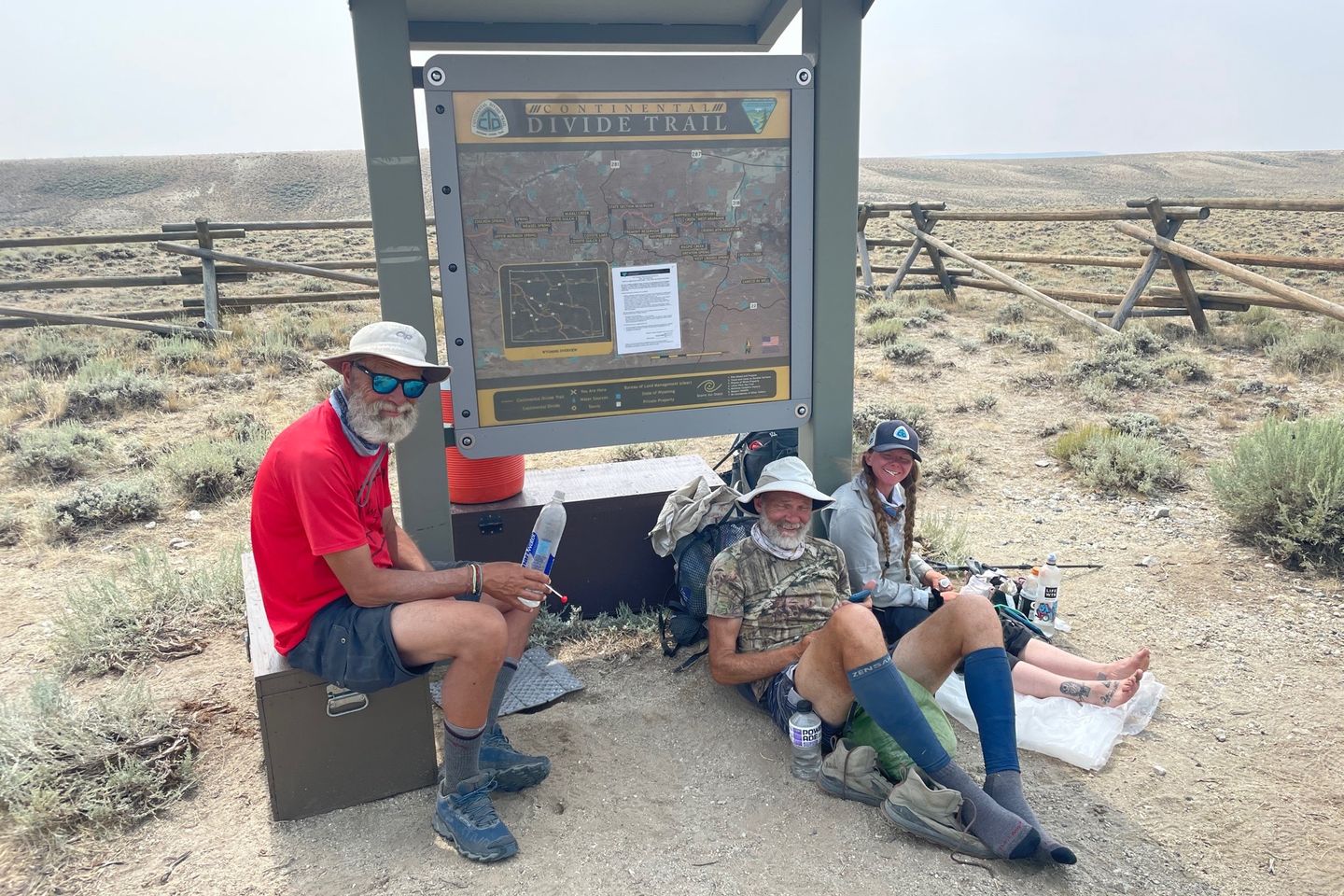 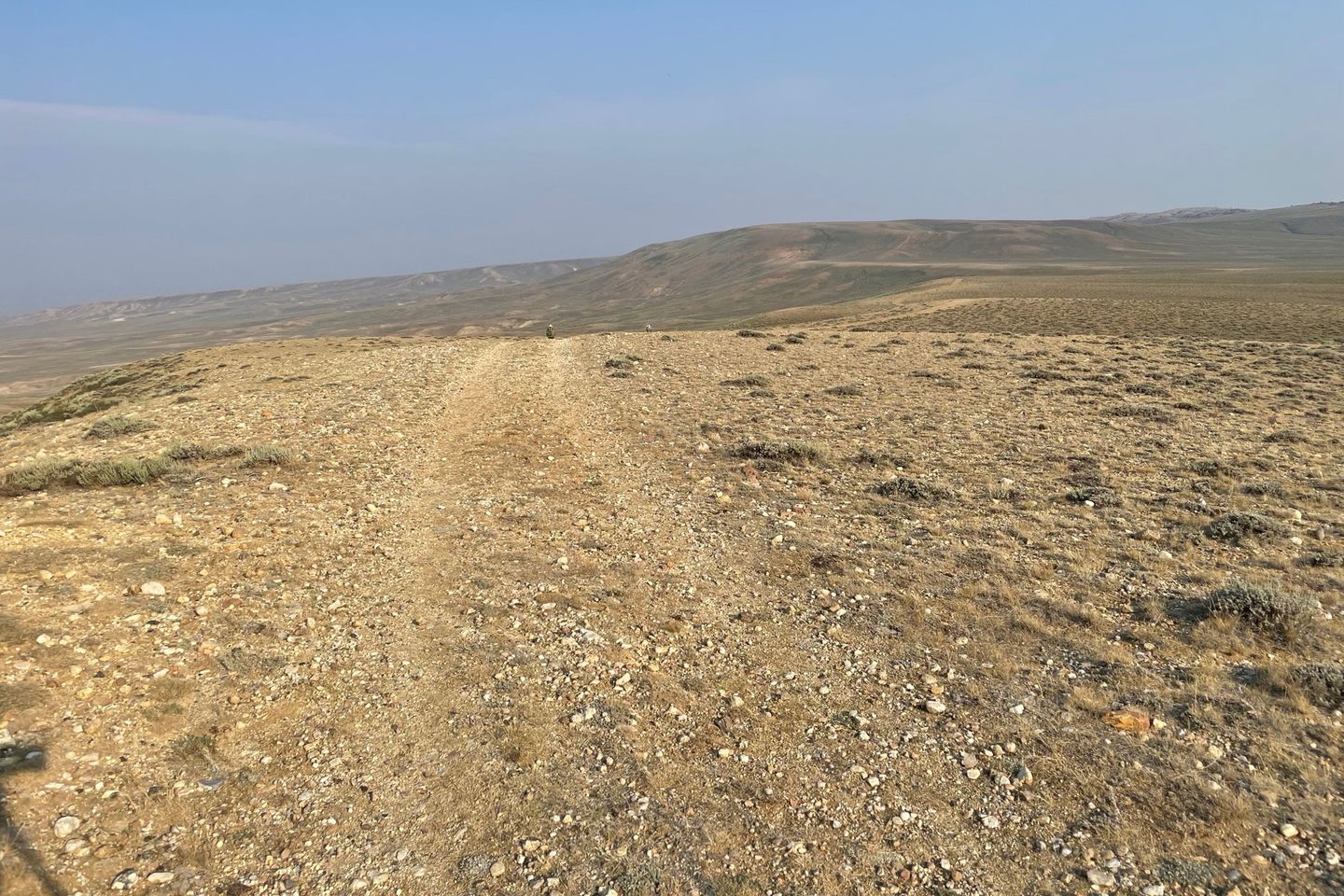 I have become bad about taking pictures. Only two today. Sorry.

The big first important goal today was to get to a water cache 12 miles from our campsite at the cow ponds. And we were motivated to make it quickly because of the poor quality of the water from last night. We generally need less water during the morning hours too. Normally I am the first out of camp since I am the slowest hiker but Feral beat me out this morning. And it didn’t take long for Just Jim and Pockets to pass me. The race was on.

The weather was clear with moderate temperatures again, but warmer.

Nothing much to report from the morning hike. I missed a turn when the CDT joined a major dirt road for a short distance and kept hiking up the road. Realizing I should be seeing the water cache I checked the map and saw my mistake. I turned around to find where the CDT diverged from the road. I hate bonus miles.

The water cache is interesting. It was built specifically for CDT hikers nearly in the middle of nowhere. It is a corralled enclosure with a large information sign showing water sources across the Great Divide Basin and two boxes where water jugs are placed and usually some candy; we had suckers. Someone had also placed a water jug with cold water in it apparently not long before our arrival. It was awesome. We have heard it is a church group that maintains the cache. Whoever it is, thank you.

Having plenty of clean water also allowed me to back flush my water filter, which was badly needed after the cow ponds last night. It was totally gross seeing what came out of the filter. The good news is that it filtered all that stuff out in the first place.

The afternoon trail was more interesting, and where I should have taken more pictures. The last several miles before reaching the next water source and potential campsite had more up and downs and interesting red rock formations. And it also got very windy. In my estimation, we had been lucky with the winds across the basin. Now we got to see what they could do. A steady moderate wind is mentally fatiguing both because of the sound and the adjustment of your gait to accommodate it. And there is no real cover to get away from it.

The water source is called Weasel Spring. (It is hard to imagine seeing a weasel out here.) It is in a seemingly odd location as it was in a narrow rocky ravine after climbing up a short but steep rocky hill. It is in a large fenced area and again had a metal culvert to collect clean water.

We had decided to camp at the first good site past the spring. There was a large meadow-like area free of sagebrush shortly past the spring. It was still difficult to find a spot as it turned out much of the area had small mounds formed by tufts of grass. And some of the smooth areas had some type of grass with hard stems. Additionally, we wanted some protection from the wind. We found some acceptable spots near a short rock formation and set up. The good news was that the wind died down toward sunset (as it often does). It is so pleasant, I decided to sleep with my outside tent fly door up to see the stars.