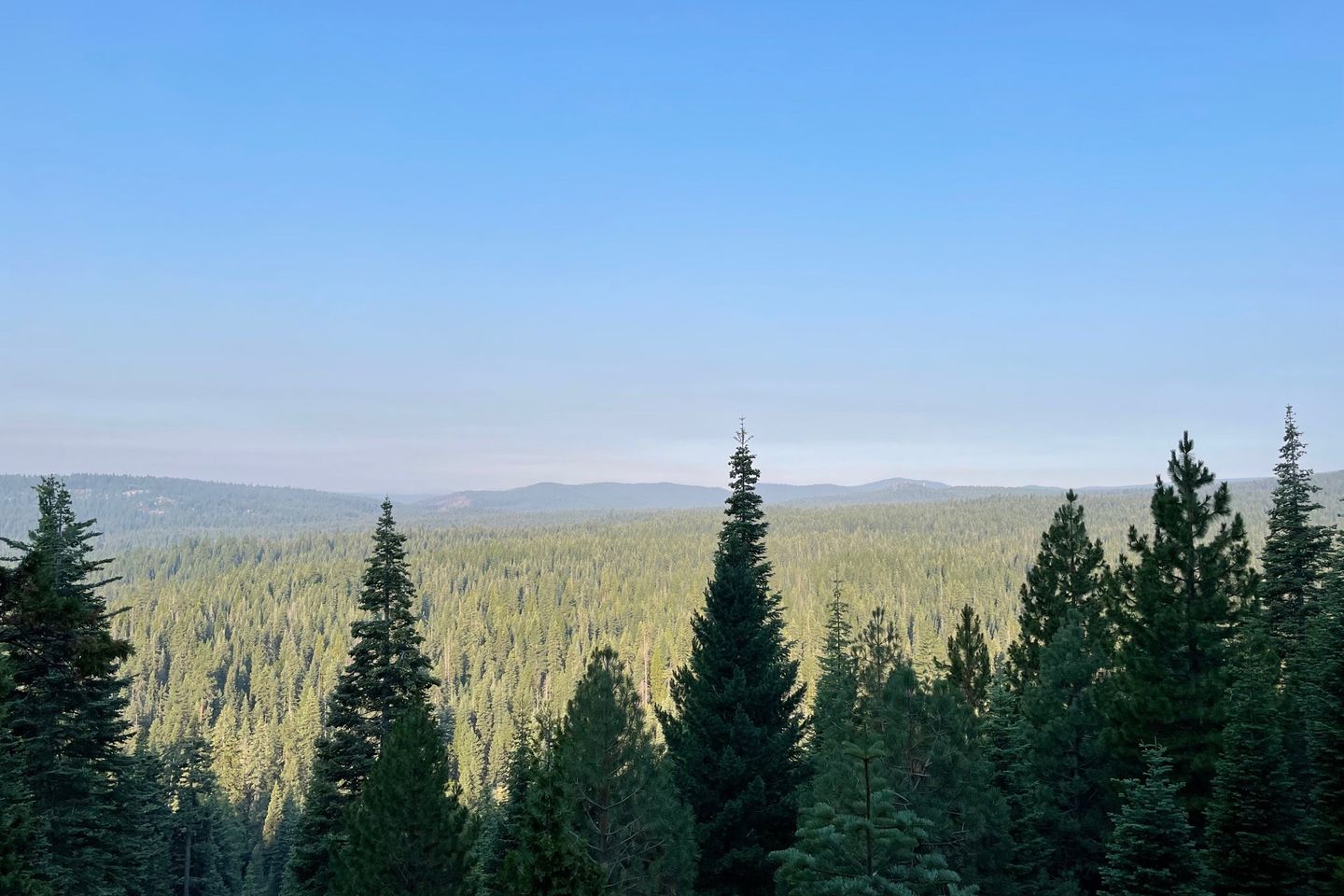 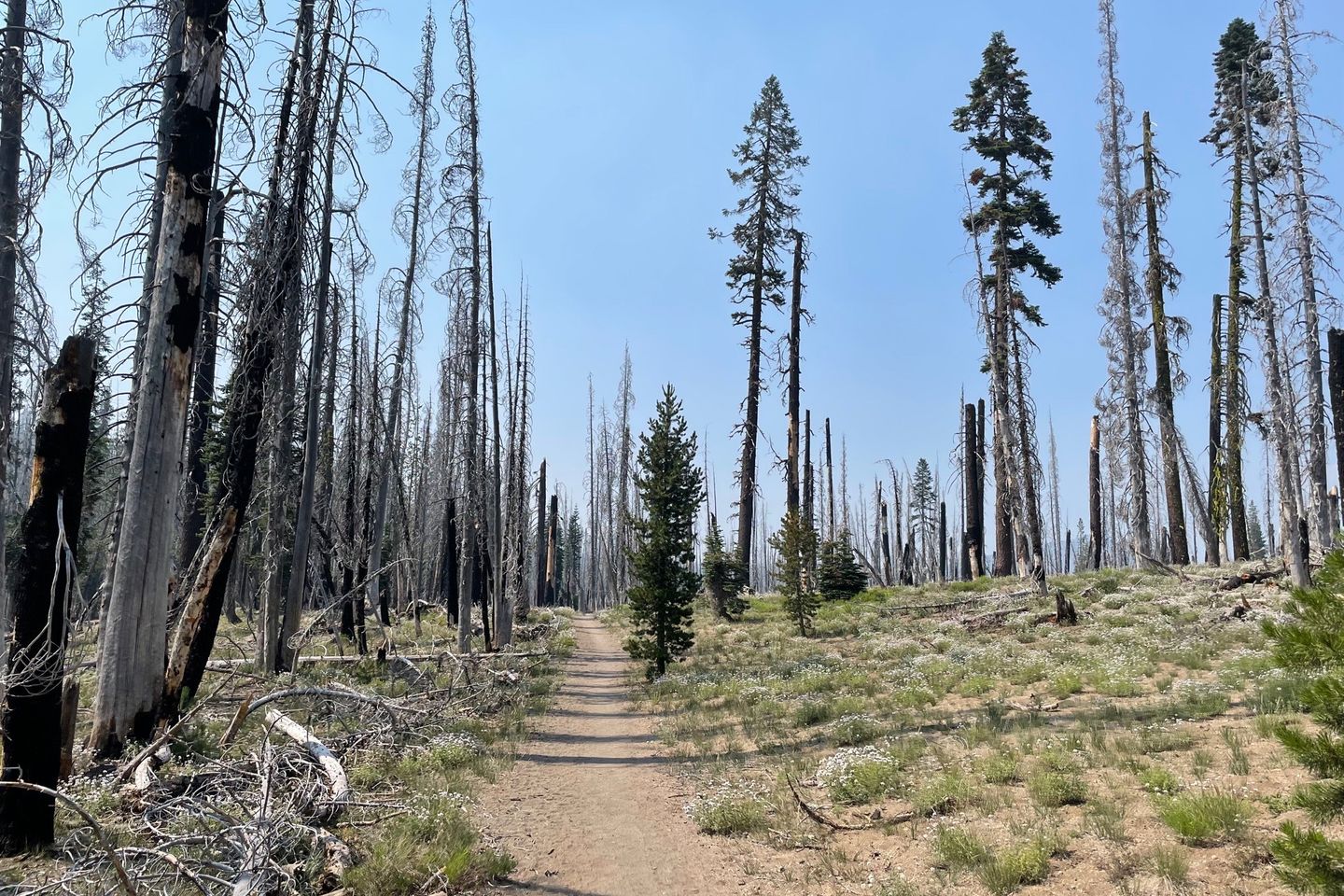 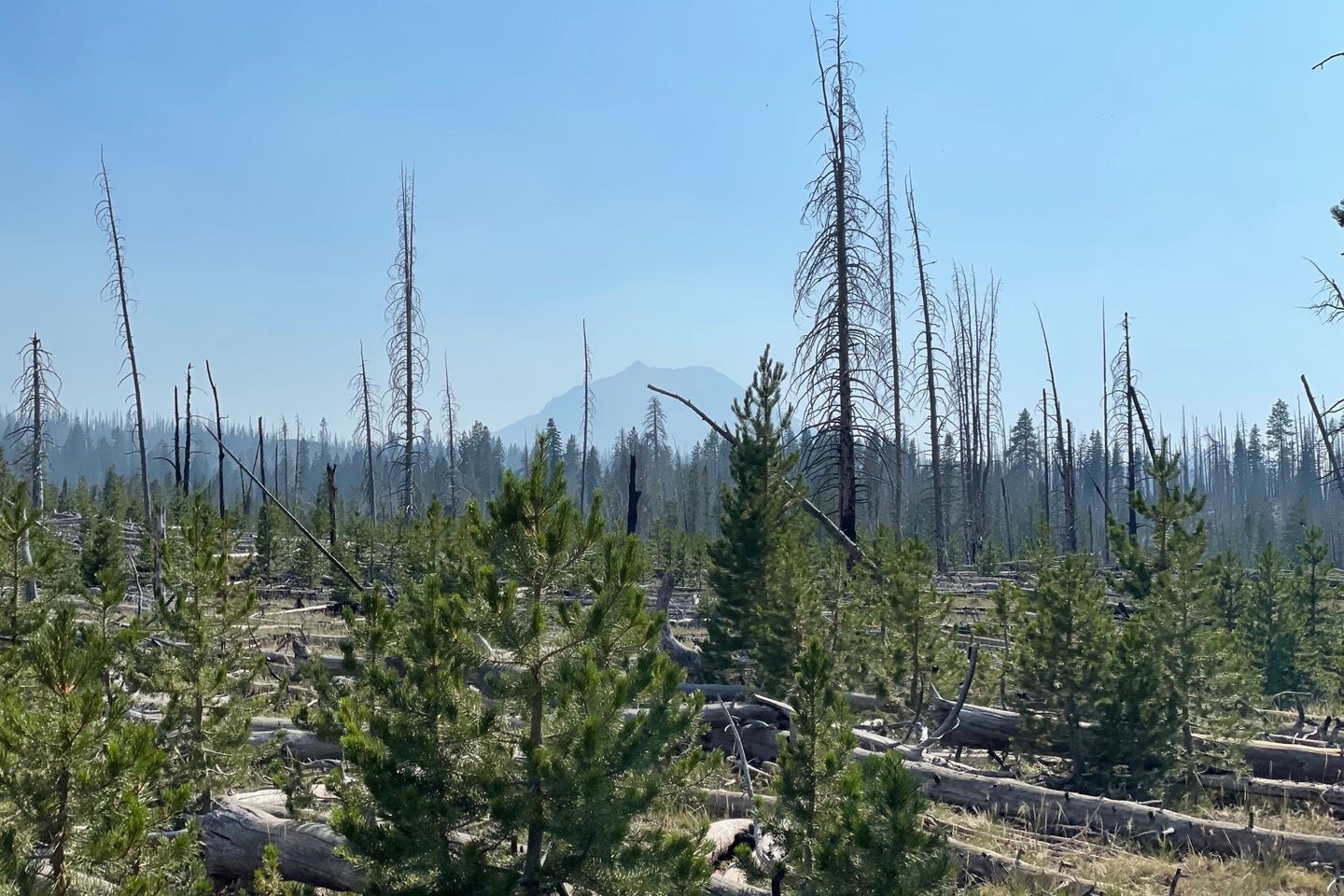 Today I woke around 5:30am. It was very cold surprisingly. The smoke had moved in on us over the night and I woke to smoke smell and ash on my tent. I left around 6:30.

The trail had some small climbs but nothing significant. I felt tired but I also felt oddly present. I had no music or audiobooks playing. It was just me in the woods. The sun hitting the trees was particularly vivid to me. The smells and the sounds and the trail all were very vivid. I really enjoyed this feeling that I often longed for and didn’t have. I stopped at a spring right at the border of Lassen Volcanic National Park. I was excited to visit yet another national park. Shortly into the park I ran into Bill and Frank. I hadn’t seen them on trail since Crabtree Meadow. We caught up and I went on. The trail came by a bubbling mud pond that smelled of sulfur. I’d seen this in a documentary on the PCT I bought years ago so it was really cool to actually see it.

I kept on and made it to Drakesbad which was a ranch with cabins and a restaurant a half mile off trail. I hung out with Little Bag, Orange Slice, Emma, and Ellen. We chatted and I ate a bunch of snacks since I didn’t want to order lunch there. I stayed a little over an hour and kept on. I was pretty lonely since I barely saw anyone for a few hours. The arch pain has subsided in my feet but my feet in general are very very achy. So it was a bit miserable to hike for most of the day. I stopped at a lake and had a snack by myself and kept going. I made it about 6 miles from where I wanted to end the day and I sat for 5 minutes. I heard a loud snap which I thought was another bear so I grabbed my stuff and kept going.

Most of the second half of the day was a massive burn area. I could see what I think was Lassen Peak in the distance. I could also see that I’d left the smoke of one fire and was heading directly into the smoke of another that was north west. About 30 minutes later I caught up to three guys who were stopped and looking at a bear. I saw another plump bear moseying along to the side of the trail.

I pushed the last bit and saw Bill and Frank again. We caught up and chatted since our previous chat was brief. I learned that a lot of people had gotten off trail recently. I enjoyed chatting with them and felt glad they’re nearby. I pushed the last 2 miles and I felt amazing. The sun shined perfectly through the trees. The trail was soft and extremely flat and I felt in love all over again. I haven’t felt this way in a while so it was really nice to feel it. I made it to camp and found a perfect spot next to Hat Creek which is babbling loudly. I’ll sleep very well tonight. I washed up and had dinner and am looking forward to a big day tomorrow. I feel happy and content and for once that maybe I don’t want this to be over as soon as I thought.