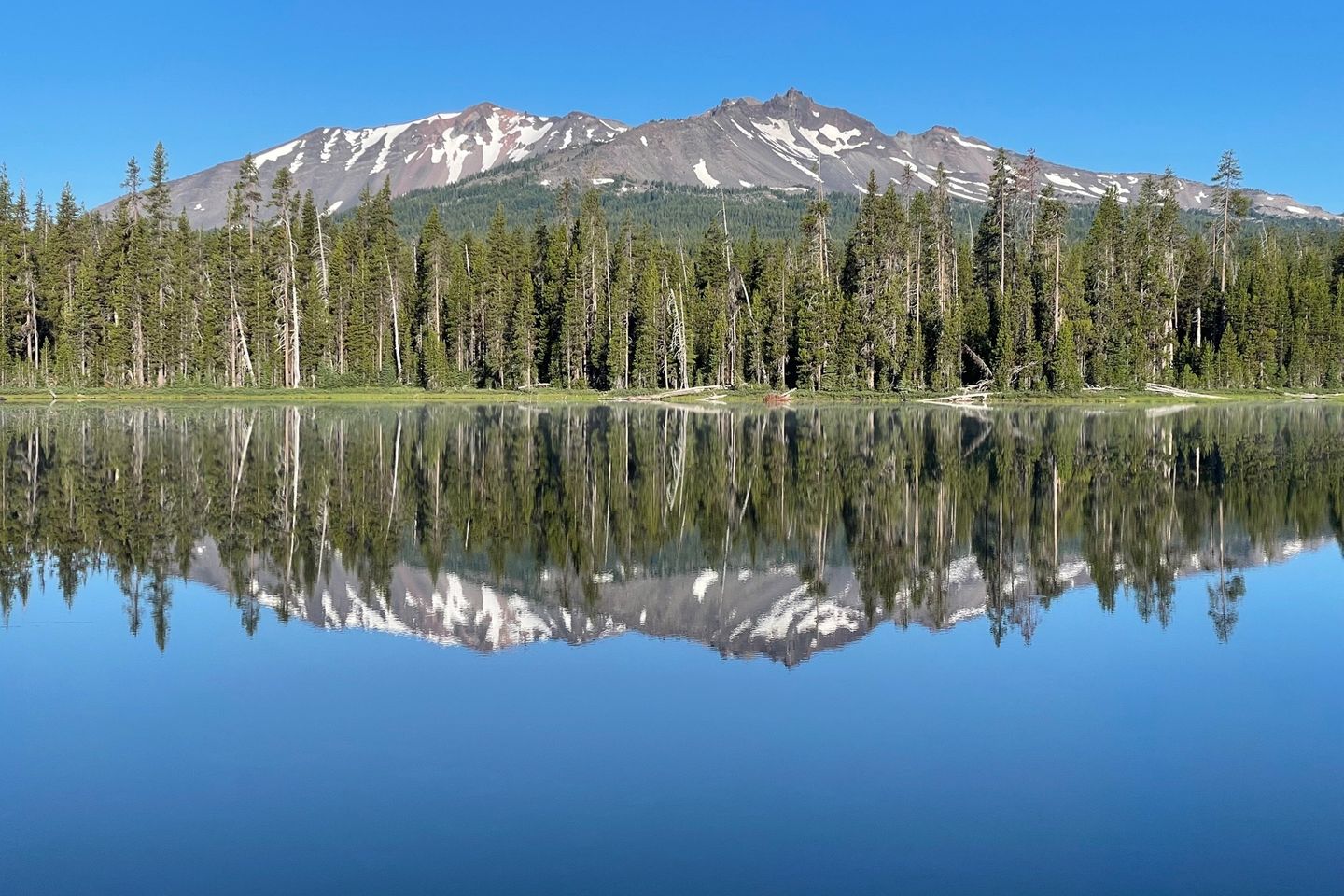 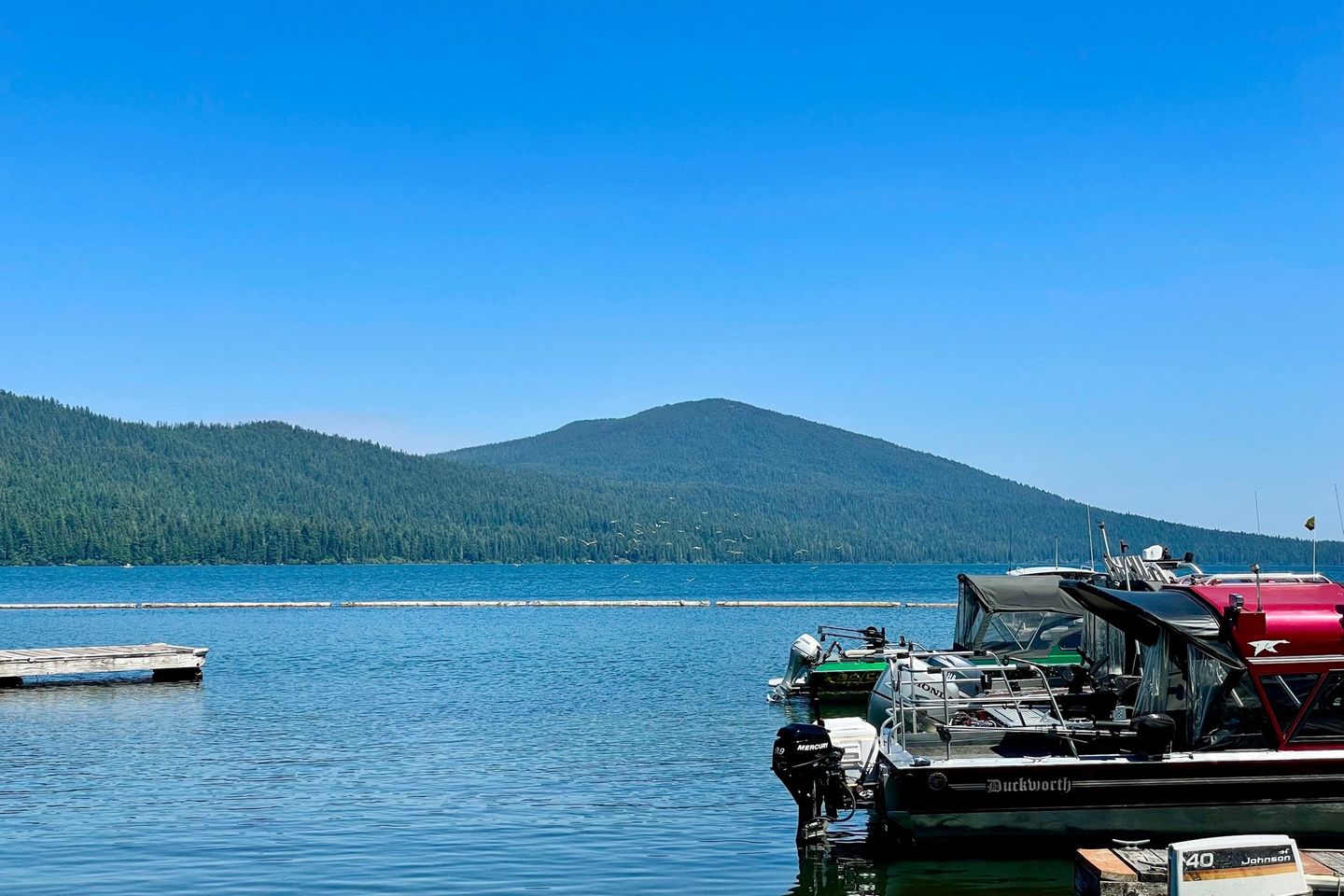 Today was the ‘Spanish Moss’ day - so much dripping from the trees! Interesting stuff. The trail into Shelter Cove Resort on Odell Lake is gorgeous. The trail winds along several pretty small lakes and followed Trapper Creek until we entered the resort.

Wow! Shelter Cove Resort is lovely with a marina and A+ showers (soap and towels). Such a luxury. Picked up our resupply that included Chris’ new hiking shoes (same as current), but she thinks it’s too early and is reluctant to give up her current pair because they are so comfortable. Current pair are still great after 600 miles. Hoka Speedgoat!

We chatted with other hikers while we waited for our Airbnb host to pick us up. We thought a shower would be needed (not) and a place near the lakes would be nice for the night (not).

LOTHAR (laser physicist) was there and he and Rick chatted about…lasers - and Chris helped Siesta and Bearbait with their supplies. As usual, we packed too much in our box, so they both enjoyed the overflow. Bearbait would not give up much weight, though. Handgun and bear spray remained! Why?

Our ride to the Airbnb arrived at Shelter Cove and our experience began. Rough day and a half. No useful Wi-Fi - no car and a hot, very, very rustic cabin with no nearby store. Felt a bit trapped. Mistake - sure wish we had just continued on hiking.