Dash to Canada and back 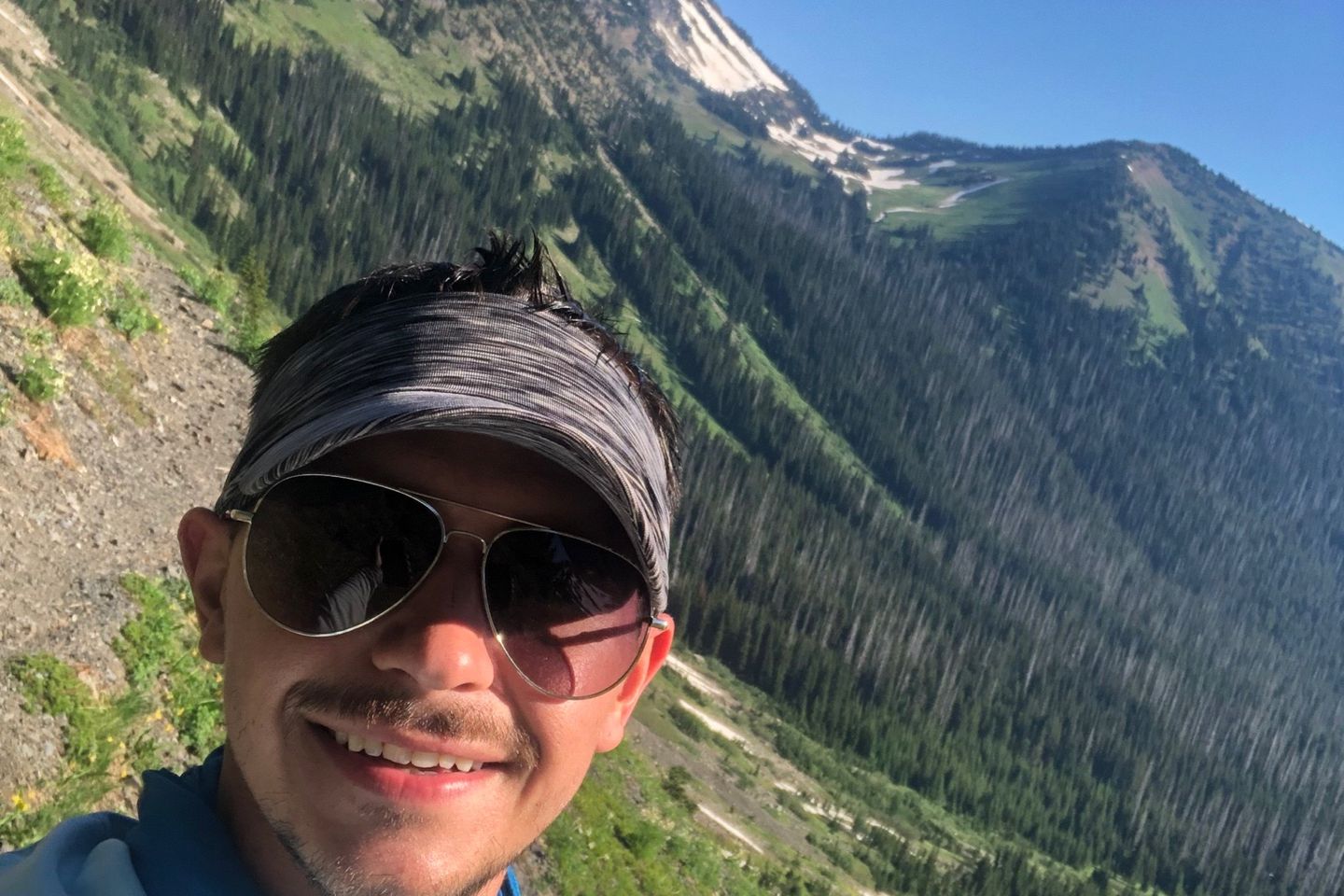 Dash to Canada and back

Some say the world will end in fire, some say in ice.

I was reminded of this poem by Robert Frost time and time again in the last few days. When we were dropped off at Harts Pass by a good friend of mine to start our 30 miles north to tag the Canadian border, it was over 100°, which was very strange to me considering I was waking across snow.

Toes, Squeegie, and myself were entranced by the scenery from the very beginning. As we climbed a ridge line covered in snow, we would reach the top and look down at a totally different world on the opposite slope which had already melted, showing the high desert that we were trekking across. Mile for mile, it was the most beautiful thing I have ever seen. Most folks were turned around by a ranger and sent on an alternate route, but we arrived just in time to hike the PCT itself north. We were armed with micro spikes and sheer determination as we taught ourselves to kick steps in the rapidly melting snow. It was scary at times, but exhilarating always. I learned that I was able to do things that I have never even considered before. If nothing else, this trail has already done wonders for my confidence.

Day 2, a record breaking heat wave pounding down on the Pacific Northwest, saw us determined to make it to Canada. We knew that Rock Pass was our steepest and likely most challenging obstacle between us and the border, so we set ourselves up to tackle it first thing in the morning. There were a couple of scary falls; snow that was previously solid simply caves through and your foot goes with it. There is very little to be done at that point without mountaineering gear which we did not have. Toes and I both slid a ways down Rock Pass, but came out mostly unscathed.

Between the patches of snow, the trail was very cruisy. Switchbacks up to the ridge line, then back down, brought us to Hopkins Lake and the clearest water I have ever seen. It was beautiful, and incredibly cold. That polar plunge was such a mind game, but the heat of the day had me realizing quickly that it was a good decision.

As we came nearer to the Canadian border we started to pass several other SOBOs who were coming back from their own border tag. It was really cool getting to see all of the hikers who will be just a couple of days in front of or behind me.

I have seen pictures and videos of that monument in the mountains for so long. There is a vast line of torn down trees to mark the physical line that separates Canada and America. The monument that sits there on the PCT is a beacon to thru hikers far and wide, and I will not even attempt to describe my feelings upon seeing it. We had our obligatory photo shoot, shared some champagne, and raced sunset back to the campsite for a total of 18.6 miles on Day 2. The audacity is unreal.

Hiking south back to Harts Pass was like a completely different trail. The snow is said to be melting at a foot and a half per day, and based on my experience I believe that to be true. Passes that were covered in white became unrecognizable alpine meadows with beautiful wildflowers popping out everywhere. This is absolutely beautiful country.

The heatwave is wearing us out, but little to do about it. We finished our jaunt to Canada a day early and hitched a ride back down the sketchy mining road to Mazama for some very necessary gear swaps and four of us shared a bunkhouse at North Cascades Mountain Hostel. AC is lyfe.

Today is July 1st and we are waiting in cute little Winthrop, WA for Pale Ale, Mange, and Wizard to scoop us up so we can all head back to the trail together. Heading south to Stehekin! The weather is much milder, by which I mean only about 95°. We are grateful.

I am grateful. For so many things.

This trail has already taught me so much, and I’ve already met so many people and we all have the next 2,623 miles to get to know each other. I can not wait.

Great start to the adventure! Say, I’m told the moon in off the PCT is something to see (or not); do you have any photos of the moon just off the trail? Have a good walk! LR

Have a blast, make lots of memories and stay safe! Ill be keeping up back home with your adventure!!