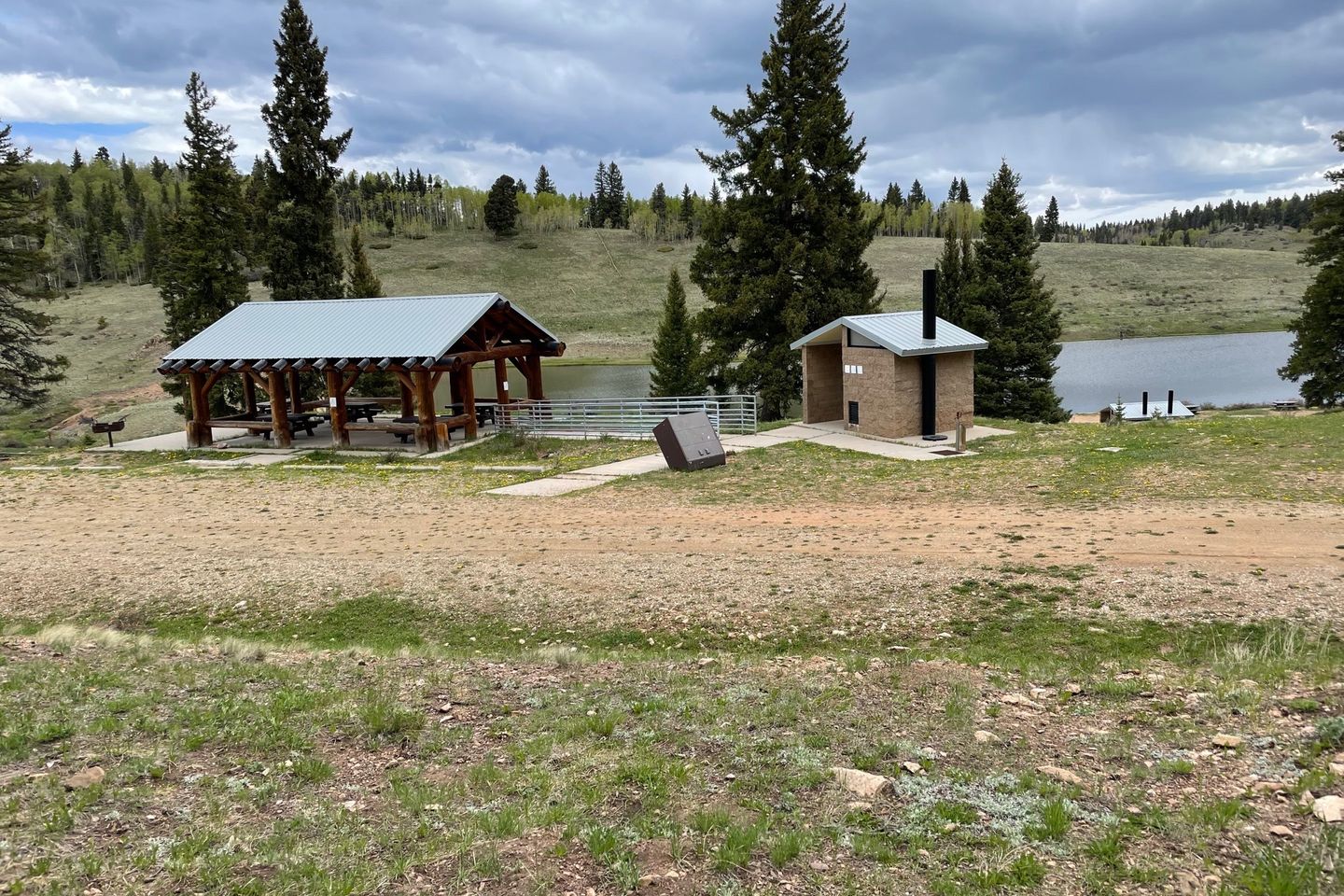 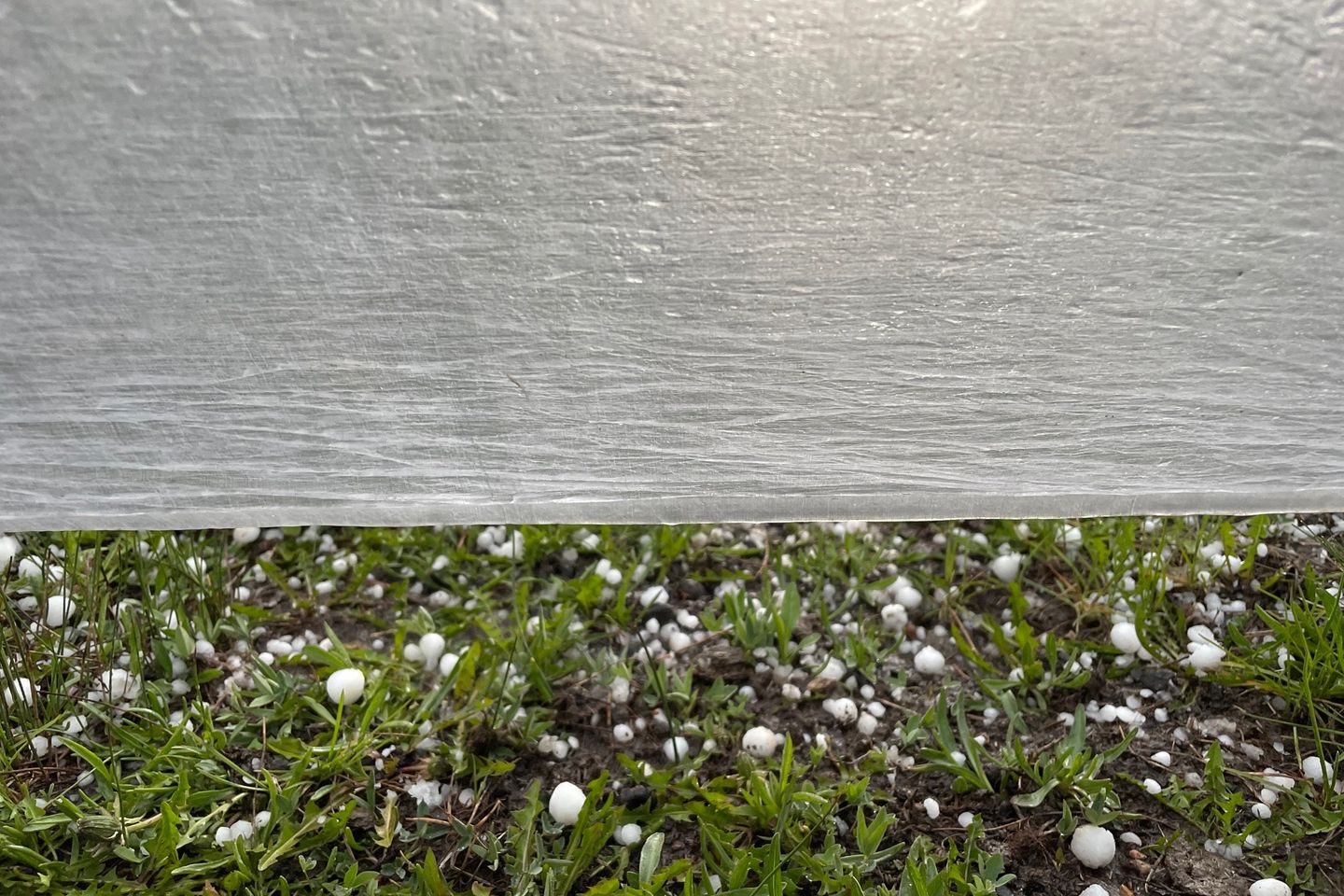 Another ho-hum day of hiking with beautiful views and seeing wildlife, but with some additional excitement to end the day.

Another developed campground today, again at about lunchtime, Hopewell Lake. It is next to Highway 64 so well used, even though it sits at 10,000 feet. Also key was having an operating water spigot. The area approaching the lake/campground was beautiful as well with a good dirt road. I ran across several nice large campers just set up in the woods with children playing. Again I stopped for lunch and drying out the tent (this time just from some condensation).

The trail just north of the lake had an odd section. The CDT has different personalities in different areas. One of those differences is the use of switchbacks. Sometimes they are not used at all, sometimes minimally, sometimes almost too much. This section (about a half mile) used them extravagantly when they weren’t needed at all! The area was open with a slight slope upward; all was needed was fairly straight trail. Instead, the trail went all the way back and forth across the open space. Once I realized what was happening I just aimed at the end of the area and went. (Kids, don’t do this at home...) Just odd.

Once again, rain threatened midday (common theme for the week) but just a couple drops of rain and it cleared up. As with previous days, when it did clear, elk came out. I surprised several small groups of elk throughout the afternoon.

Like yesterday, I had picked a potential campsite before starting the day. Today my selection was further influenced by a comment in Guthook saying there was a ‘cute’ campsite across the stream at this location. Sounded good.

As I got closer i realized I was getting there a little faster than planned so would have another hour of daylight. Normally I would change my plans to get in more miles. But the next section of trail was a significant climb and there wouldn’t be a good area to camp for about three miles. Also, I was doing well on a plan to make Cumbres Pass in two days in order to meet a friend from work, so the extra miles were not necessary. I would decide when I got to the stream.

When I got there, I wasn’t impressed with the camping possibilities. Visibly, it was great. What better than a meandering stream (with trout!) to camp near? Well, it really isn’t a great place for two related reasons. First, the canyon was narrow which meant camping close to the stream. That meant lots of condensation on everything in the morning. Second, a low lying area in the mountains collects the coldest air at night. So now cold condensation. I didn’t want that.

As I mused about trying to hike another three miles and collected some water, I heard a rumble of thunder and looked down the valley. A storm was developing nearby. The storms earlier in the week had developed and stayed in place, not moving much, so no concern for the moment — right? Not so. The next rumble was closer and I looked again to see the sky turning a greenish color and clouds blocking the sun. This storm was moving, and toward me. Decision made; I was setting up camp here, and quickly.

As I pushed in the last stake for the tent a small hailstone struck the back of my neck. Wow, no rain as an introduction? As more hail started to fall I grabbed my backpack and threw it in the vestibule area of my tent and dove in myself. The hail increased both in rate and size. Lightning strikes got closer. It was quite a storm. It sounded even worse inside the tent as the sound of the hail striking the taut shell of the tent was amplified, like sitting inside a drum. Then the wind started blowing. Bottom line: scary. The good news was that the tent performed well ( a good review about to get written) and the contents of my backpack were dry. Critically, my sleeping bag was dry.

Though it was tougher to do everything in the tight area of a one-man tent, I got everything set up and ate supper as the storm continued. The hail continued for almost 30 minutes! It was replaced by rain varying in intensity, but mostly moderate to heavy. What amazed me was how long it lasted. This started at about 6:20 and didn’t let up until nearly 9:00. There was only one break during that time which I used to answer nature’s call.

Despite the excitement, I am warm and dry, and the creek isn’t rising — much.