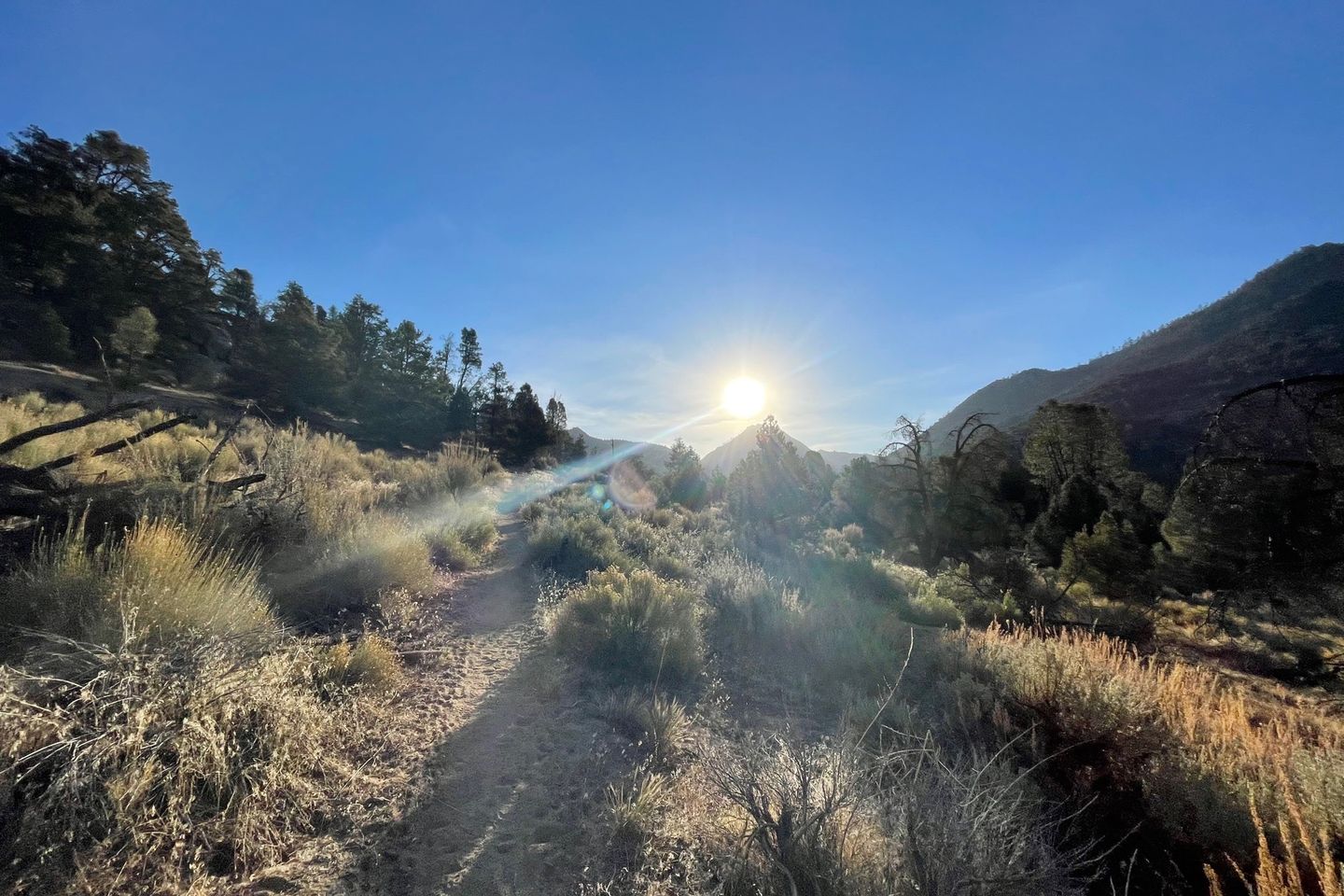 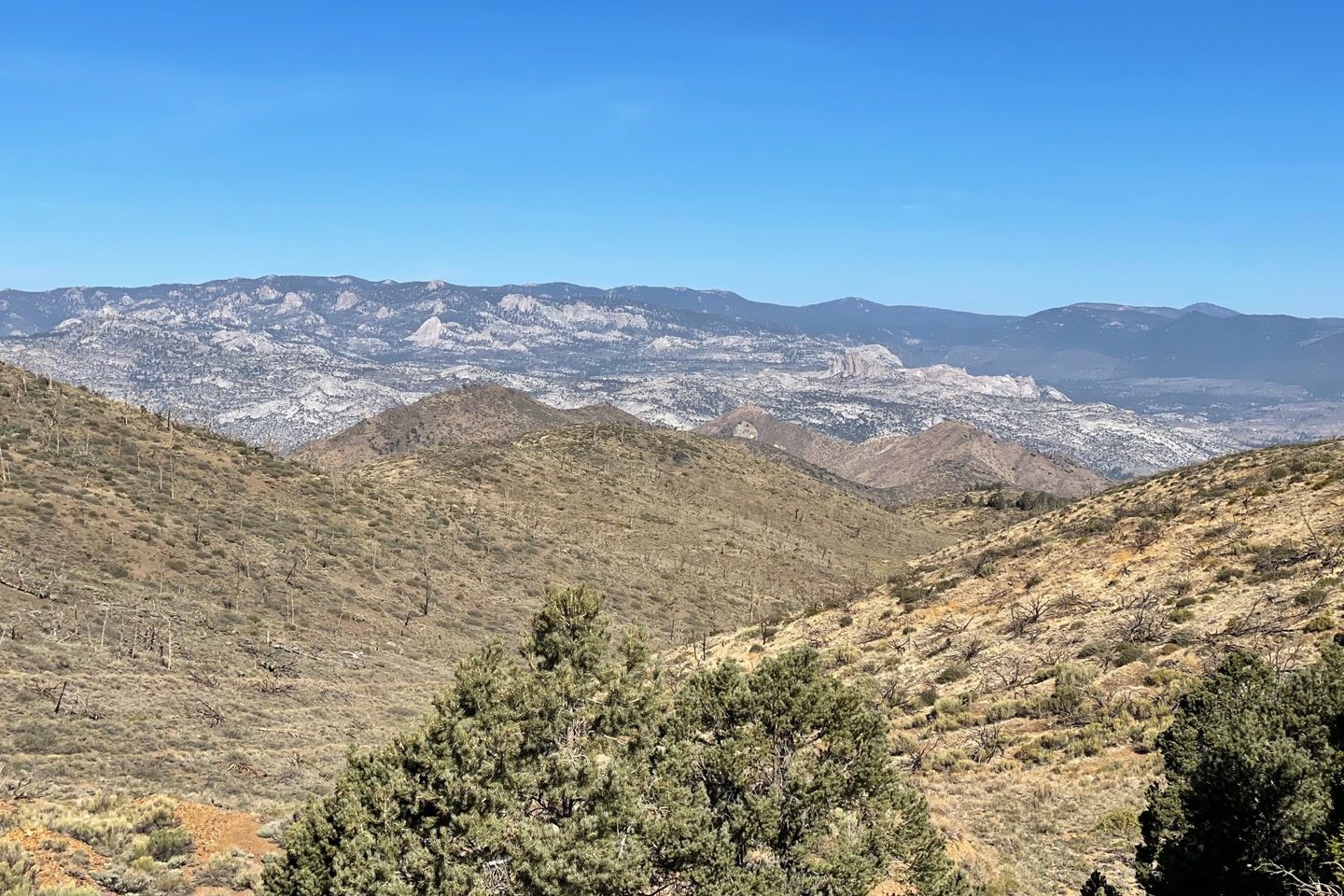 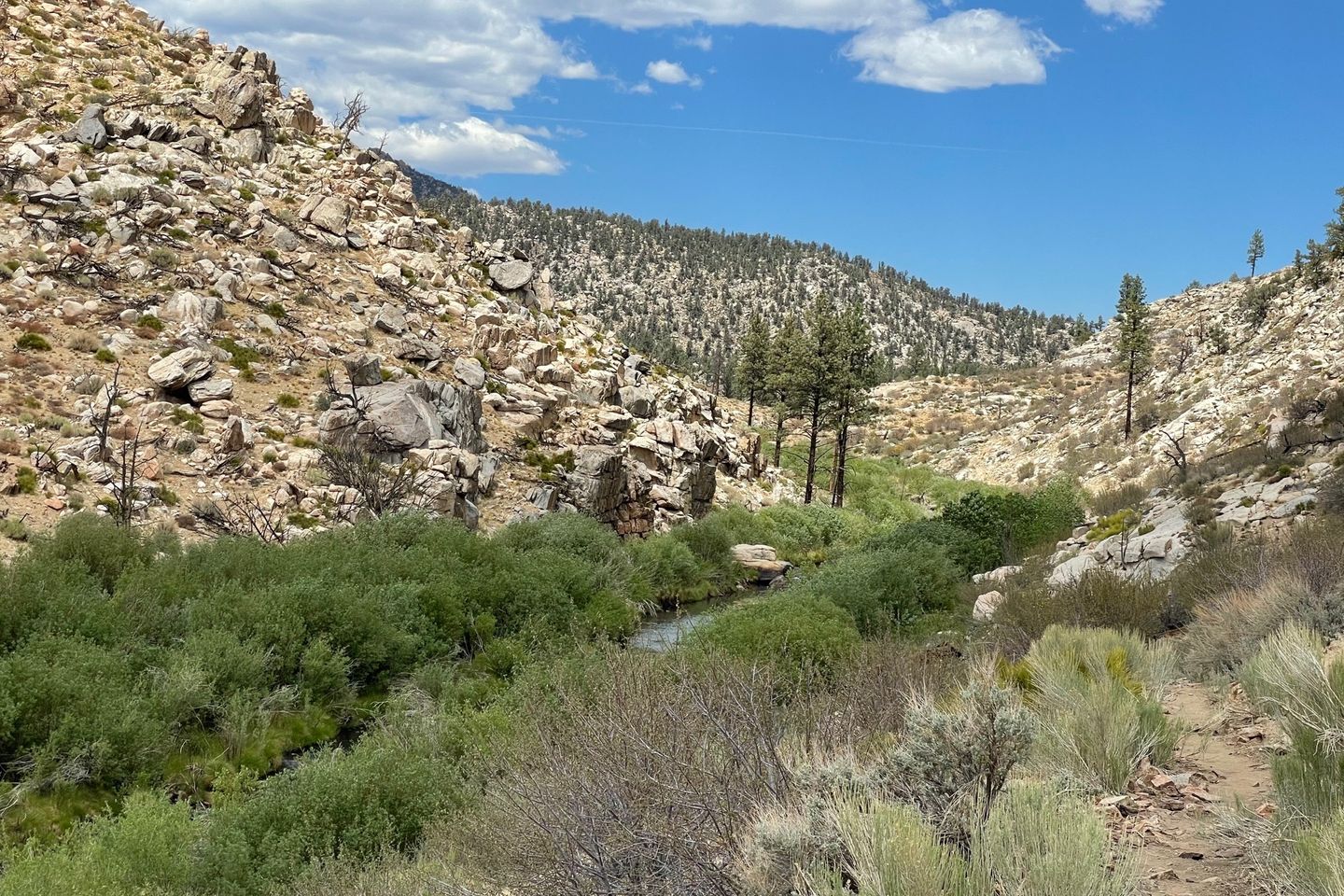 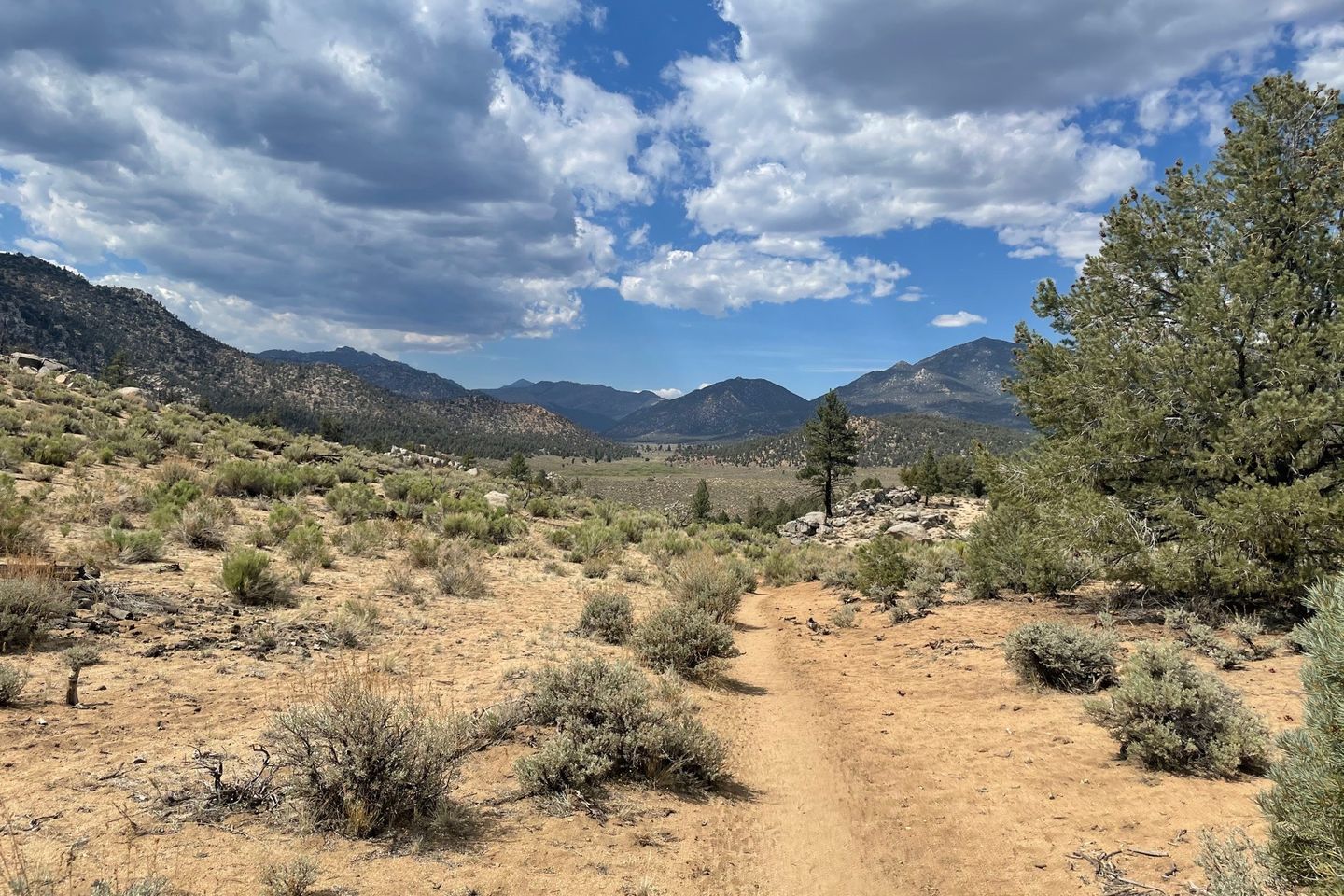 Today we woke up with almost 22 miles left. I was so ready to get to Kennedy Meadows. I surprisingly felt great after a 25 mi day probably because I forced down some dinner the night before. I split my last energy gel with Bri and we headed up the climb. It was pretty and treed most of the way. I walked straight for 7 miles until the climb was over and then sat for about 40 minutes. My body felt fine but my feet hurt a bit. Mainly just fatigue. The rest was downhill.

I pushed on till the next water and took a short break with Bri. We kept on pushing 4 more miles to the Kern River and some water. It was so stupid hot out and I didn’t really have enough water to make it. I was feeling dehydrated and tired. I saw a black spot on a mountain nearby and realized it was a small black bear! The first I’d seen out here. It stood up to observe us and then ran away.

We made it to the river and soaked our heads in the water. We only have about 4 left to go. I was miserable and ready to be done. All I wanted was a cold yellow Gatorade. It took forever and was again, super hot. When I was about .4 from the road I saw a pickup truck and I thought maybe it could be trail magic. I picked up the speed until I finally got there. The man asked if I wanted a gatorade and I asked for yellow, which he had. It was so cold and perfect. I almost cried. I made it to the Sierra and I had an ice cold Gatorade. We needed to get to the general store but I just wanted to relax. However it was about 4:30 and the general store closed at 5 and was almost a mile walk. We threw our packs on reluctantly and started walking. Immediately a shuttle bus came by and offered us a ride, which we took. When we got to the general store we randomly saw Tie Dye, a trail angel we met at Walker Pass who we knew went to Ridgecrest. He offered us a ride and we were on our way to AC and a nice hotel.

We made it to Ridgecrest and got a nice hotel. We showered and had Mexican food and ice cream delivered. It was amazing to be clean and in air conditioning. All the hard work pushing to get here was worth it. We’d done 140 miles in 6 days.