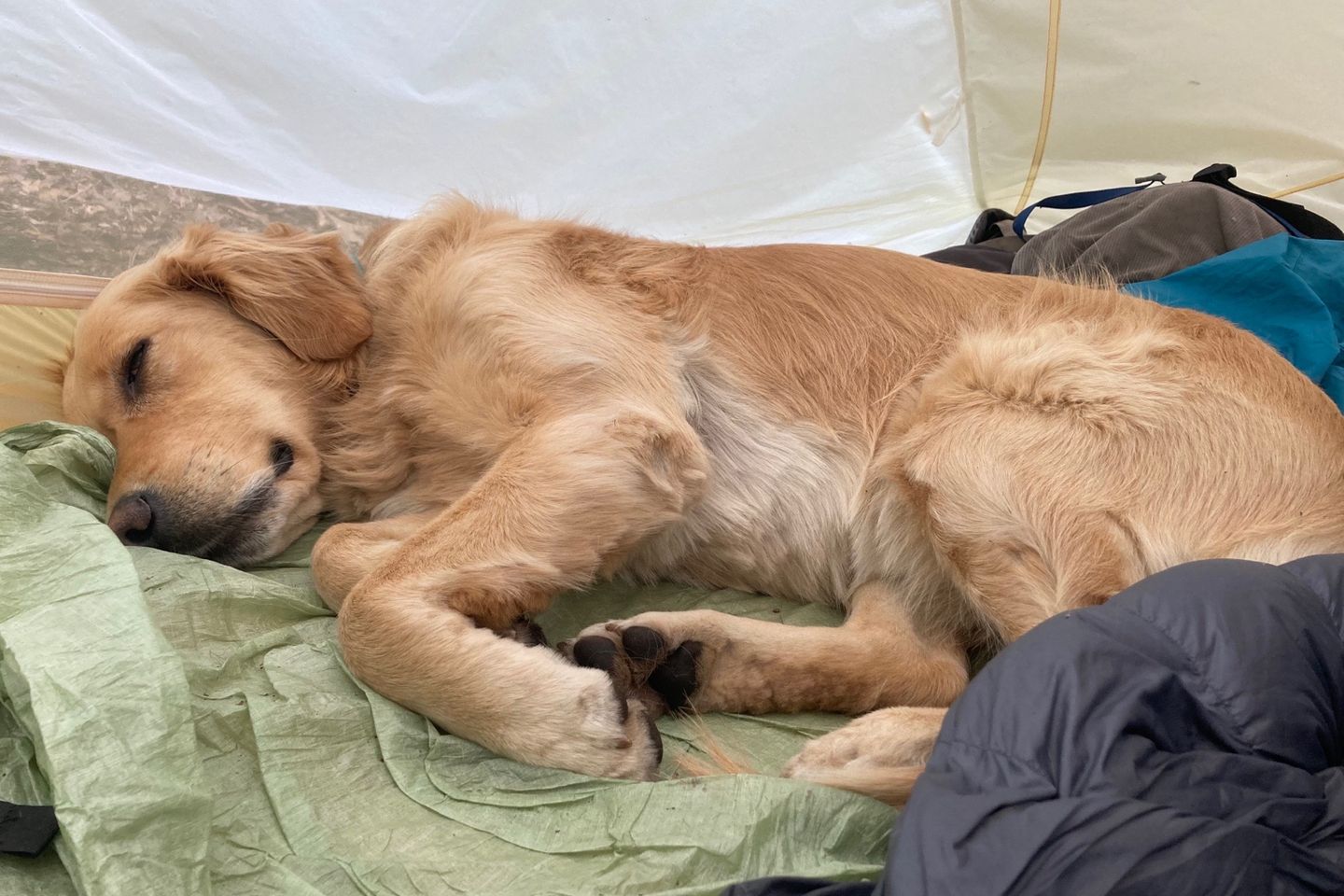 5/10/21 Rained overnight bye-bye the morning it it stopped. Unfortunately several Hikers came in late at night and stayed in the shelter. I did not hear them at night but by 6:45 AM they were talking extremely loudly for a long time. I was frustrated but they finally left. Weatherwise it was a beautiful day warm but not hot but towards the evening became quite cool. The Hike was mostly flat and they were a few rocks and it was mostly dirt that I was walking on. Initially it was hiking through the forest but things seemed greener than yesterday and there were multiple types of wildflowers. I took a lot of pictures of the flowers and trees as I will need to identify them. Lots of poison ivy and hopefully piper didn’t get it all over her for which could then be transferred to me. We saw our first deer today and she barked and started running after it but I called her back and she listened. Late in the afternoon we saw a rabbit presumably a cottontail that she wanted to chase but again she came back when called. After I got her back I put her on the leash for a while. Mostly she’s been hiking off leash and at times I have her electron a collar on but often I don’t because I don’t wanna use up the battery. She is so much better than when we first started hiking this trip. Initially we were walking through a forest and then it became a field. We crossed over Kimberling creek on a suspension bridge and I took a picture of that. Took a 0.3 mile say trip to Dissmore Falls which were nice. Had it been hotter it would’ve been A good place to swim and I’m sure piper would’ve enjoyed that. We then began hiking through rhododendron Forest and these small trees have not yet bloomed but I’ve heard when they do it should look spectacular. There were a lot of streams during today’s hike as compared to yesterday where there were none. The trail then became more of a forest. I was planning on going to the Wapiti Shelter but apparently several years ago there was a murder there and there are reports that there are spirits in the shelter although they did redo it. In any event it was late and I knew I had a short hike tomorrow scheduled so I decided to camp at a beautiful spot next to dismal Creek.