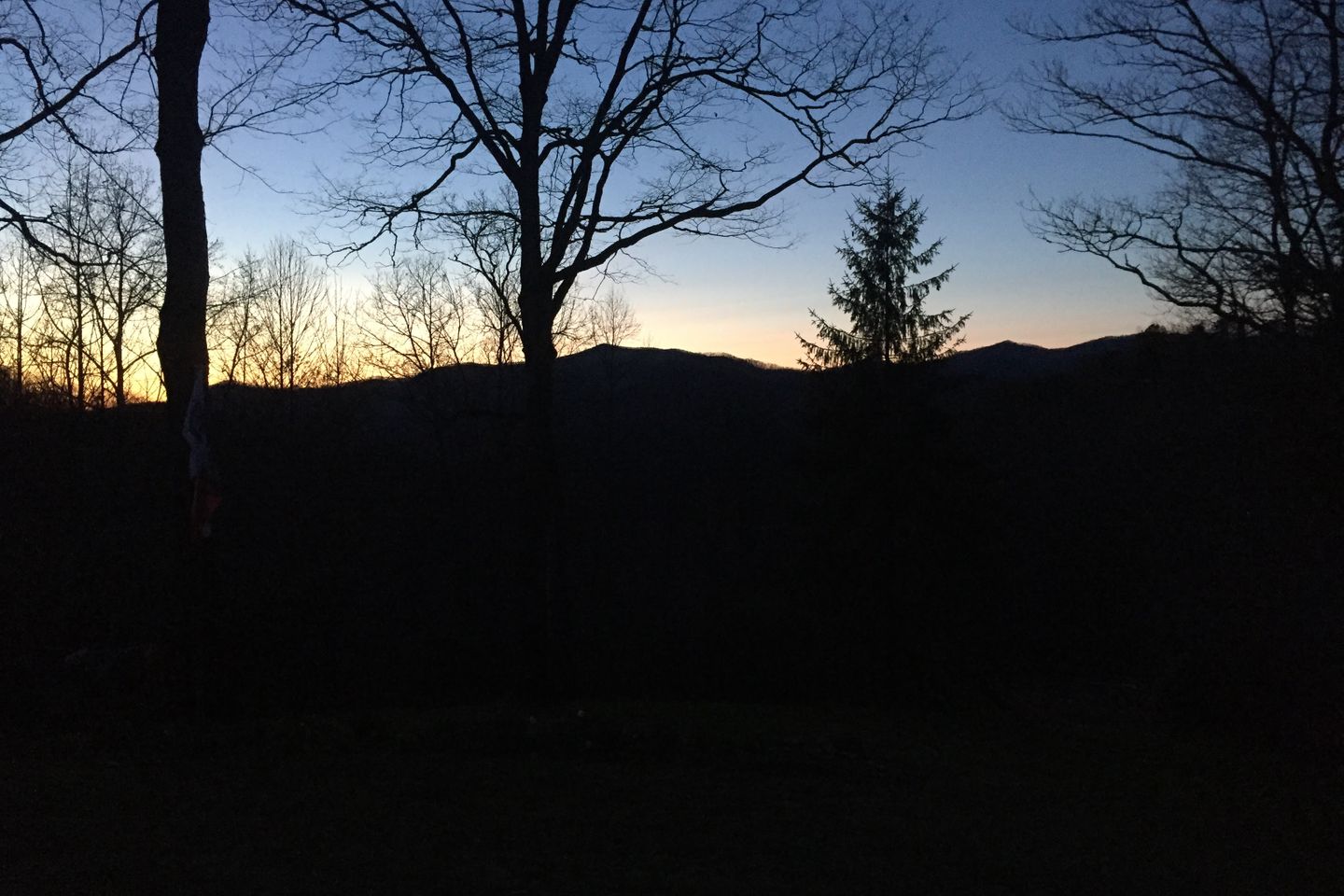 Today we left from our campsite which was a little before Low Gap Shelter. We hiked roughly 12 miles. The terrain wasn’t too difficult and the was perfect weather. I was pretty sore but I decided to push on to Unicoi Gap rather than get off at Low Gap and try to find a place to hitch since my foot is really hurting. We were able to get a hitch and crashed at an awesome little campground called Andrew's Cove and had some great meals and a fire.

Tomorrow I am hitching into Hiawassee and getting a room at the Budget Inn for a zero day. Steve is getting off with me since it's his last day. Dave and Aaron are going to continue on without me and I may potentially meet up with them next week if I can catch them. The thought of being alone really scares me but it's something I need to overcome fully and it's one of the reasons I came out here. I know I'll make it.

I’ve decided to stop listening to music until I no longer have a constant music track playing in my head. I But I continue to have ridiculous songs playing nonstop in my head and it's so annoying.

Today I took a zero today and split up from the guys. Steve went home and Dave and Aaron went on without me. We woke this morning at Andrew's Cove campground and hitched in the back of a truck to Unicoi Gap. Being a bum is awesome. From there we took a shuttle into town for the crappy Budget Inn which I didn't stay at. I then took the shuttle back up to Top Of Georgia Hostel and it's amazing. It's a really cool place that was very laid back and felt like a hippie commune. It's nestled up in the mountains only a half mile from the trail. I hung here for a bit, showered, and headed into town wearing some Halloween scrubs that they give us while we do laundry.

After that I came back and just relaxed. Tomorrow is Easter and I might try to go to a church or something. I'm taking another zero to rest up tomorrow and then I plan to slack pack from Unicoi back here and then I'll push on until I reach the North Carolina border!

Life is so good. I've never been happier and freer than I am now. Everything is simple and fun and I have nothing to worry about at all. I'm so thankful for this amazing, life-changing experience!

Today was another zero. I'm still in lots of pain and I just want this to go away so I can get back out on the trail. I met a few great people today while zeroing. Some were from MA like “Beast Bison” from Holyoke and “Down Dan” from Bolton. I also met “Moosehead” from Maine. I met two others who are having similar foot pain as well. I’m really hoping and praying this heals soon.

Today I was pretty uneventful. I’m still in pain. I stayed at the Holiday Inn with “Moosehead”, “General Burnsides”, “Cambo”, and “Peas”. We were offered a ride into town today by an older woman who couldn’t speak English very well. She was only able to tell us her native language was Mandarin.

I also officially was named Forrest Gump. For the third time I was told that I looked like Forrest Gump when he was running across the country. That's who I am on the trail from now on.