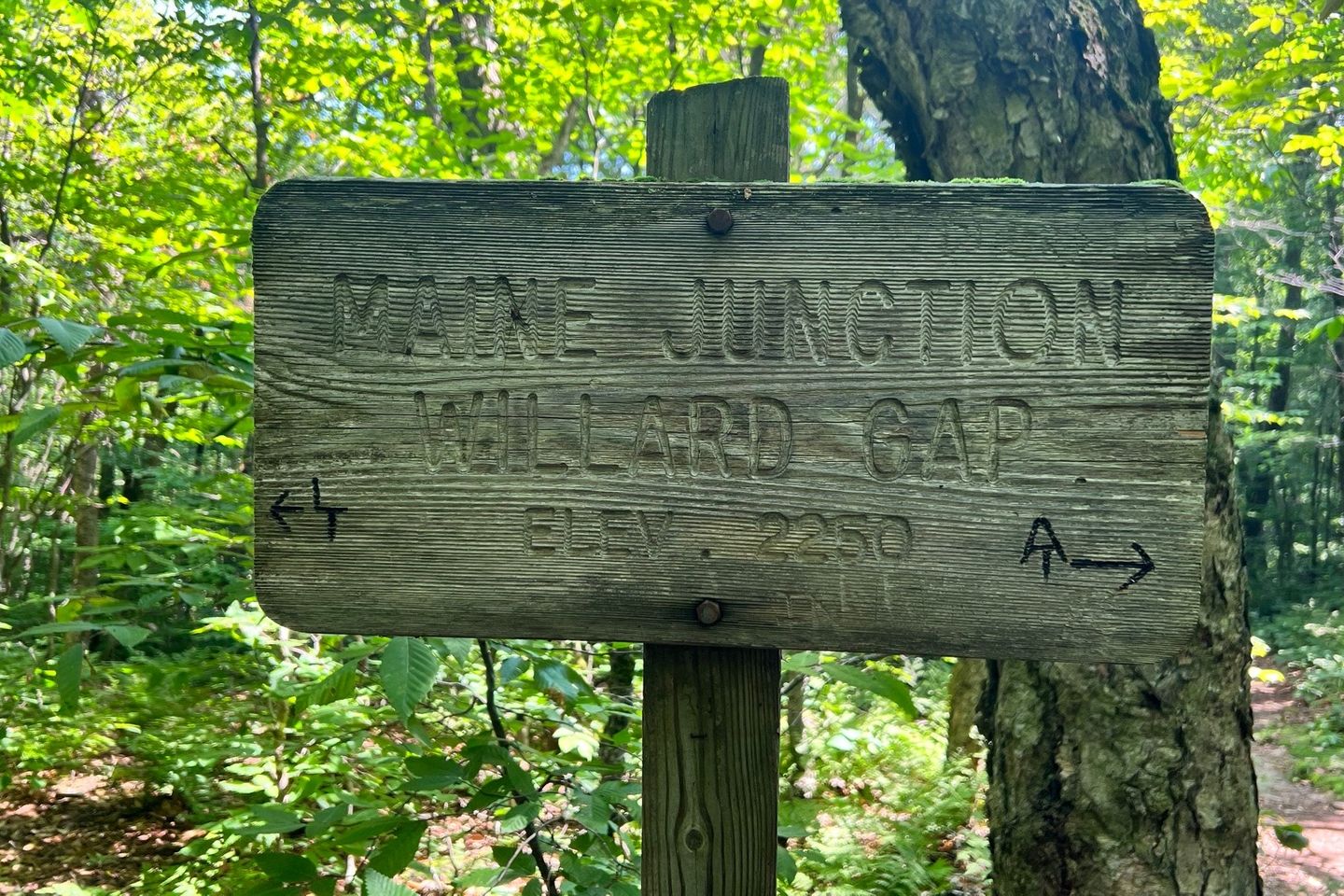 Well, it was an interesting start to the day. I had breakfast, left the hotel, hit an ATM, walked to the bus depot and then got stuck on the bus because there was a fire truck blocking the road. (A pickup truck caught fire on the road.) The whole time, there was an irritating guy at the back of the bus yelling for all the hikers to get off the bus and start walking like we’re supposed to be doing. (There was something like 11 people on the bus and 6 of us were hikers.) I was happy to finally get off the bus and away from the crazy guy who didn’t seem to like us being on his bus. He never stopped talking about all the craziest things like that he works for the government, brought up conspiracies under Obama, the need to stop all the people at the borders and how many kids he has living in other States with their mamas. Oh, the entertainment of public busses. I was stuck on that bus for over 1.5 hours! It makes me miss being in the woods. These towns are too fast and loud. Time to be a forest hermit. LOL! That was just a weird town. The worst thing about me hurting my shoulder, taking that last zero and going slower is that I’m around a different group of people that are either a trail family so they all know each other or they’re flip floppers that just started. Getting on trail today, I just felt odd. I cannot explain it. The trail vibe is completely different. Like Jim Morrison said, “People are strange, when you’re a stranger. Faces look ugly, when you’re alone.” Kind of the feeling I had today. Anyway, I reached the section where the Long Trail splits off from the AT so the people I met recently who were hiking the LT are gone and I’m back to just being around AT hikers. I had to take a picture of a sign across from where the LT and AT split. It was a sign that says, “This is not a trail,” and it just made me laugh. Anyway, the rest of Vermont only allows camping at designated sites, which means shelters. I planned only a 10 mile day as I wasn’t sure when I’d get out of town so I’m at Stony Brook Shelter but the next shelter I can camp at is Winturri Shelter. That’s only something like 9.9 miles. That’s too short for me but the next spot after that is 21.2 miles. That’s pushing it because there are quite a few steep climbs that would slow me down. Ugh! Don’t know what to do. I’m in my tent early today and will just relax. I’m really tired. Hopefully New Hampshire fires me back up because right now I’m struggling and just ready for this to be over. I know I’ve been doing this slower than many and that’s on me but I like my pace for me personally but I’m also ready to finish.