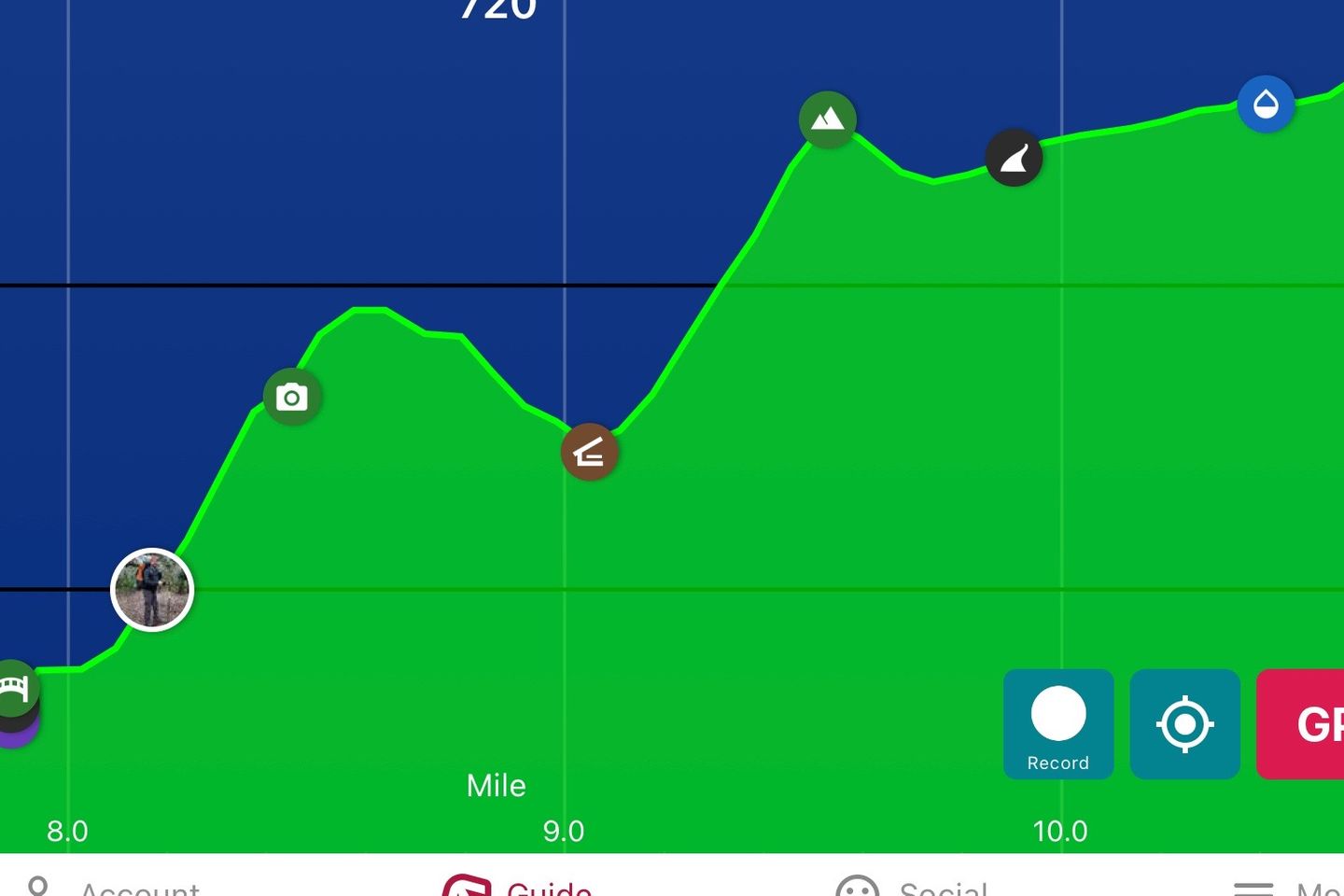 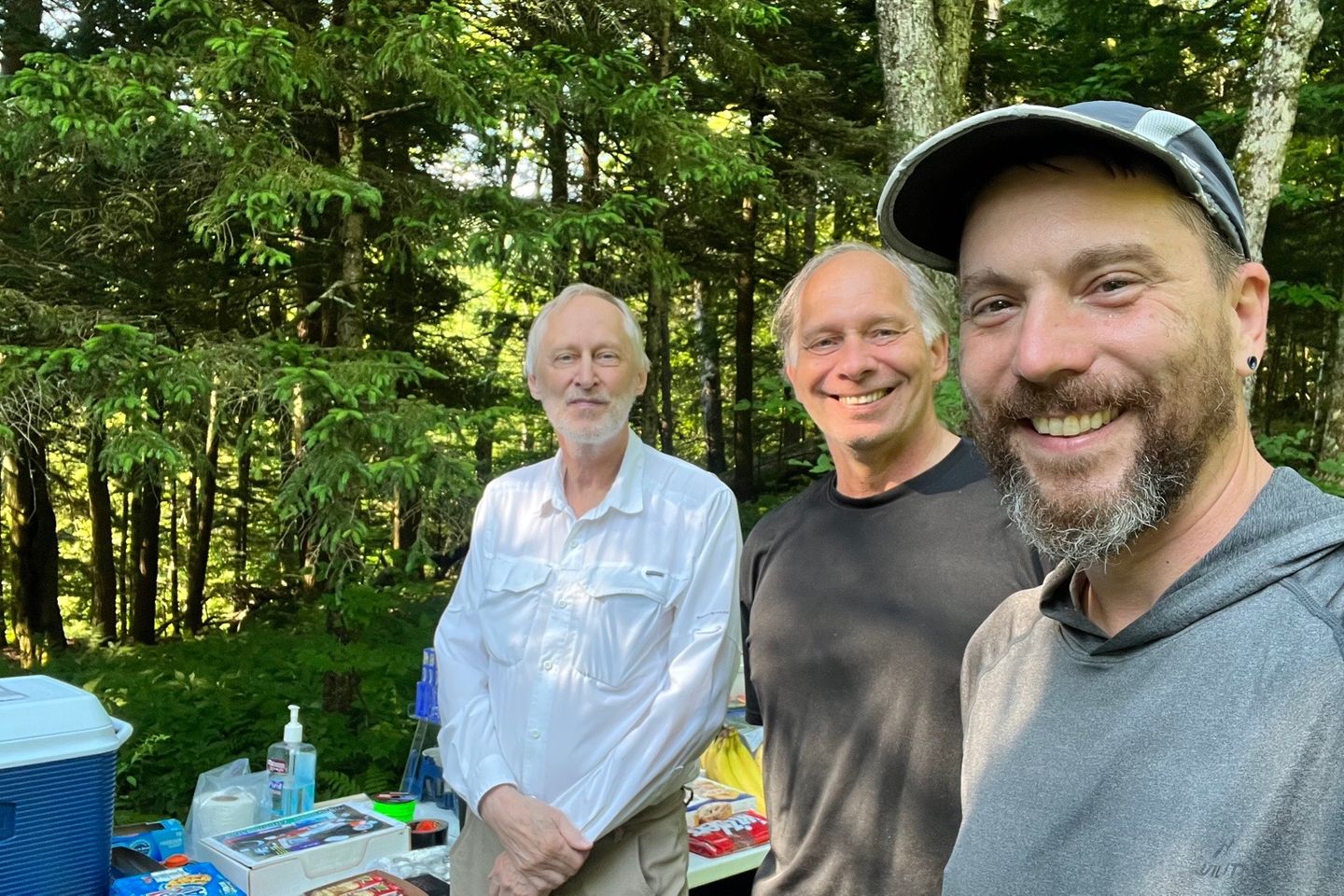 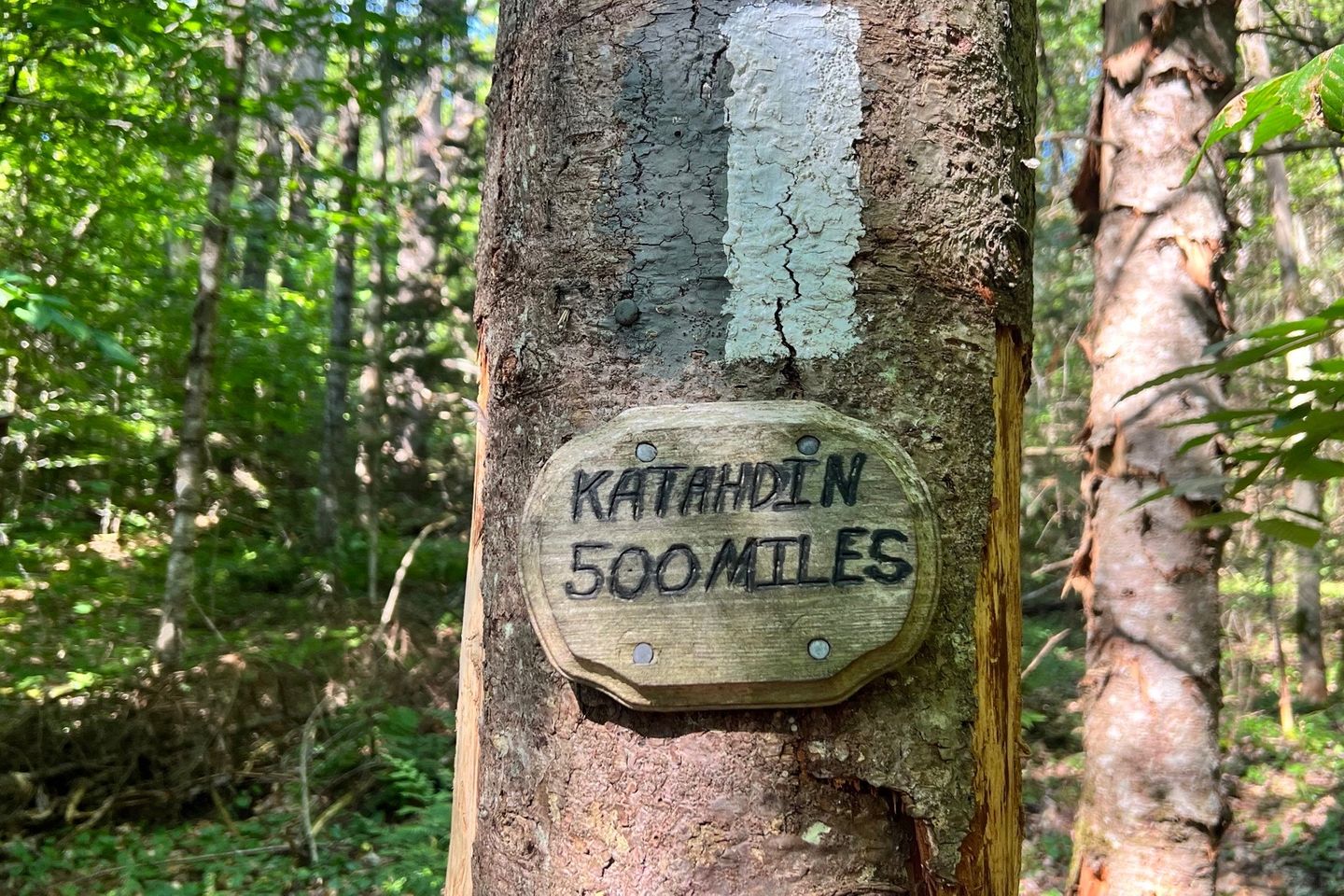 Not sure why my watch says I did 15.25 but the AT guide shows I’ve only done 14.9 AT miles. I don’t remember doing extra walking anywhere! Oh, duh! It actually hit me while typing this. It’s the extra distance leaving the shelter in the morning. Duh! Anyway, I was in for a surprise first thing in the morning. I came across the best trail magic I’ve had in a long time from Spineless Cougar Trail Magic and Malcom. Such a nice couple guys and the massive Boston Cream donut and hot dog were both incredible! I was just running out of toothpaste and they had travel sized bottles there so that was perfect. It was perfect timing before a massive climb for the day. A couple of them really. I mean seriously straight up. I even had to screenshot the trail guide just to show the map elevation because it was ridiculous. What really ticks me off though is just after leaving the trail magic and starting the first climb after that, my sternum strap on my brand new pack popped off on one side. Luckily it didn’t break as it’s just a rigid plastic piece that cups around a rod in the shoulder strap so it can slide up and down but it’s so rigid, I don’t know how to pop it back on. I’m shocked it popped off to begin with. I didn’t think I had it pulled that tight. I rigged it for now by pulling the strap through another cinch that’s supposed to be for hanging trekking poles on the pack. It will work until I figure out how to get the other side of the strap with the clip back on. It looks like it will take a lot of force but I’m also scared of breaking the plastic piece. Ugh! I have the worst luck with backpacks! The bugs today… just insane! It was over 85 degrees F today so it was hot but I had to keep my hat and full sun hoodie up as well as sunglasses just to protect my eyes and ears from all the gnats. They were out in swarms along with those nasty biting horse flies. I’m out of insect spray, which stops the horse flies from biting but doesn’t stop them from swarming around you or the gnats from getting into your ears or eyes. I finally gave up and put on the bug net but I hate wearing that. It gets really stuffy under it when it’s this hot. All of my clothes were dripping with sweat. Especially while going up those massive climbs. I ended up smashing one gnat and jokingly in my own morbid way decided to leave its smooshed body on my forehead as a warning to all other gnats that death will come to them if they don’t leave me alone. It didn’t work. LOL! Oh, I got a picture of a sign that says, “Katadhin 500 miles.” Honestly, that sign was from last year so it was 1.2 miles too early for this year but considering I completed that distance and am now at Governor Clement Shelter at mile 1,694.7, I’m now at 499.6 miles away so I’ll celebrate with that sign anyway. In the morning, I will finish climbing Mount Killington. I’m 4.3 miles away from the peak. It’s a 4K mountain (elevation 4,235) so I should get some good views. I’ll do the .2 side trail to the top so I can touch the summit. Then it’s down to the road where I’ll take a free bus into Rutland, VT. I’m going to stay there for the night and do a bit more resupply, which I have to do more often since I’m trying to eat more calories, then I’ll make the push to New Hampshire. If all goes well, I’ll be in Hanover, NH by Monday the 25th. Oh, and since it’s only 5.3 miles away, I might as well say I’ll be passing the 1,700 mile mark tomorrow as well. Woohoo!