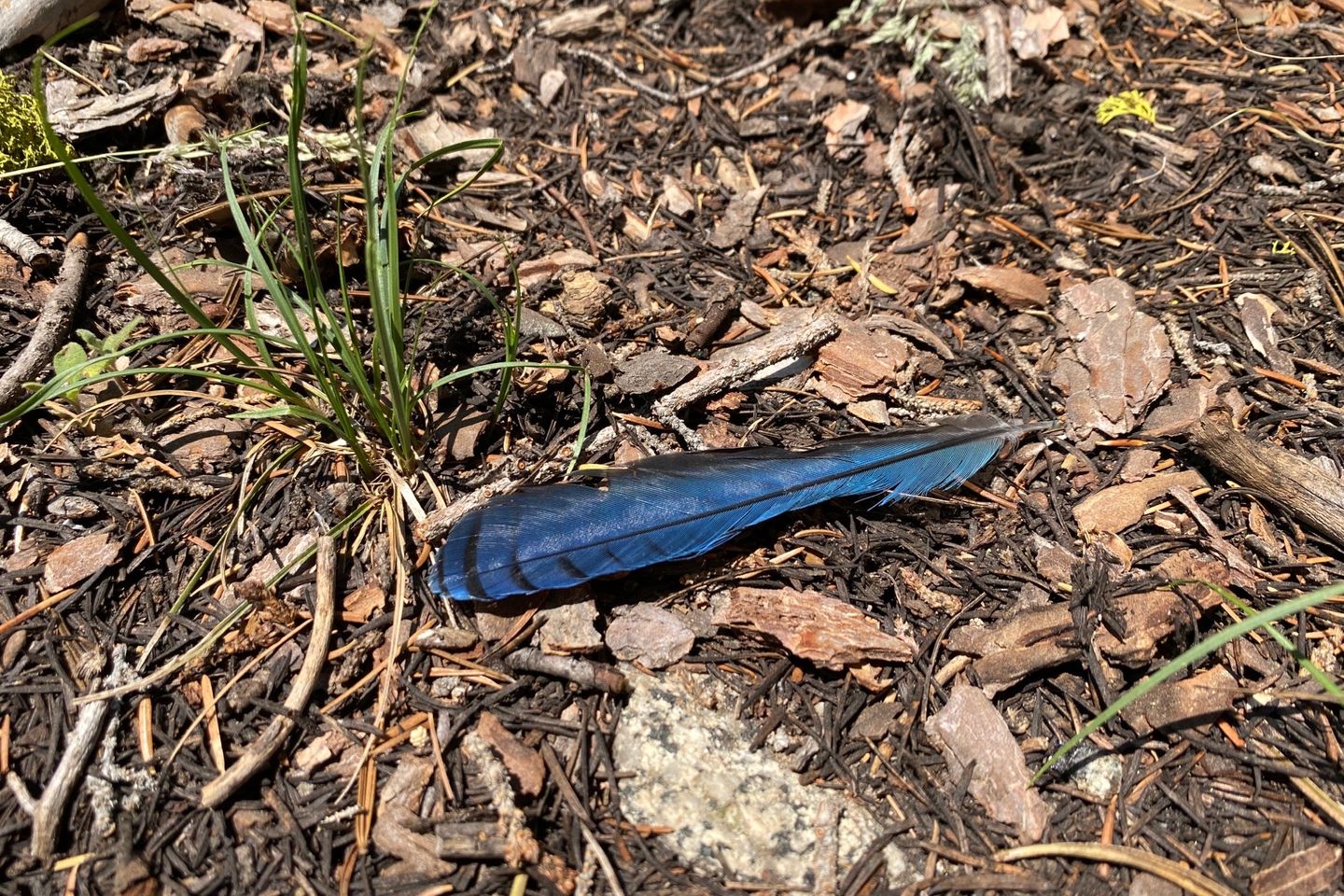 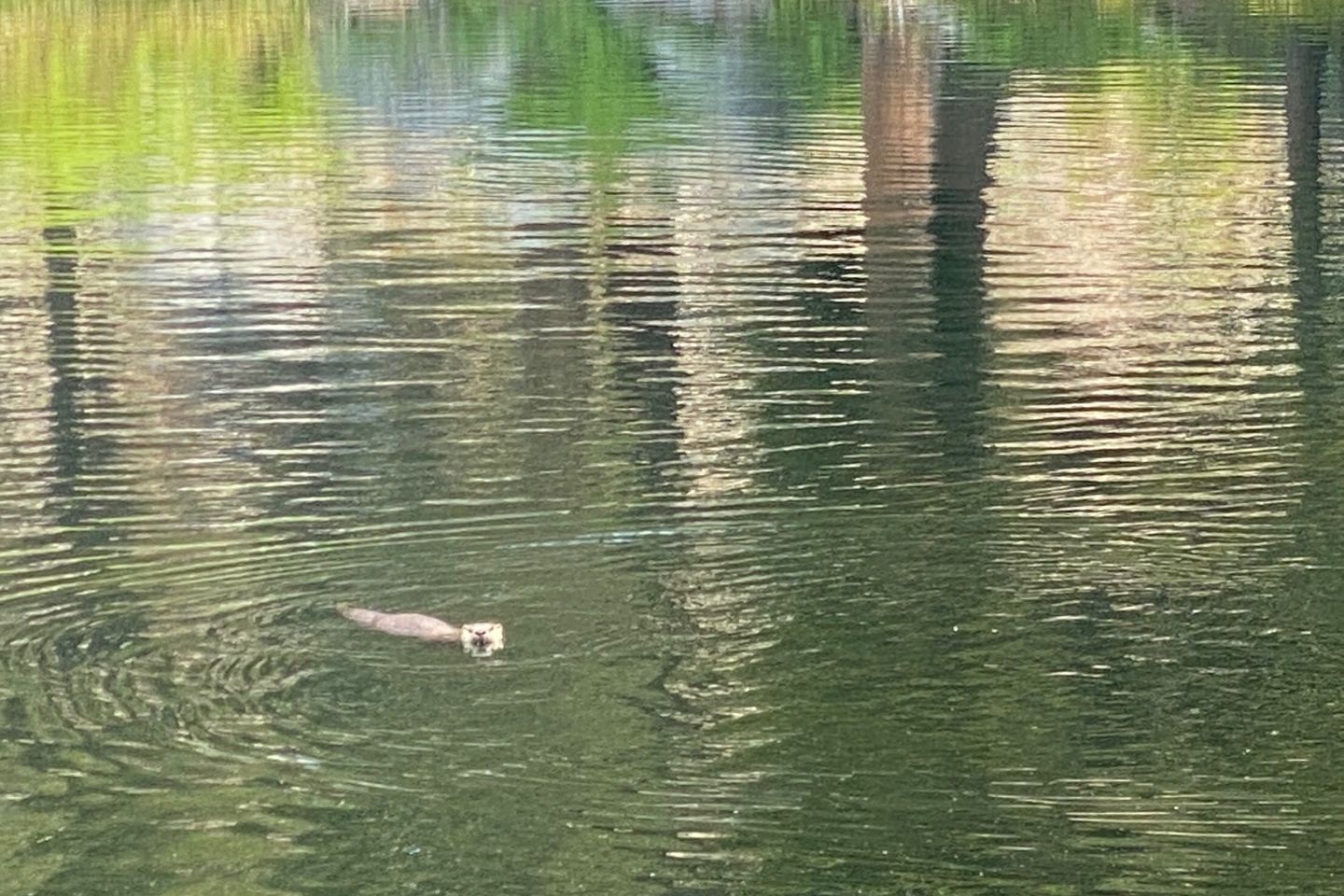 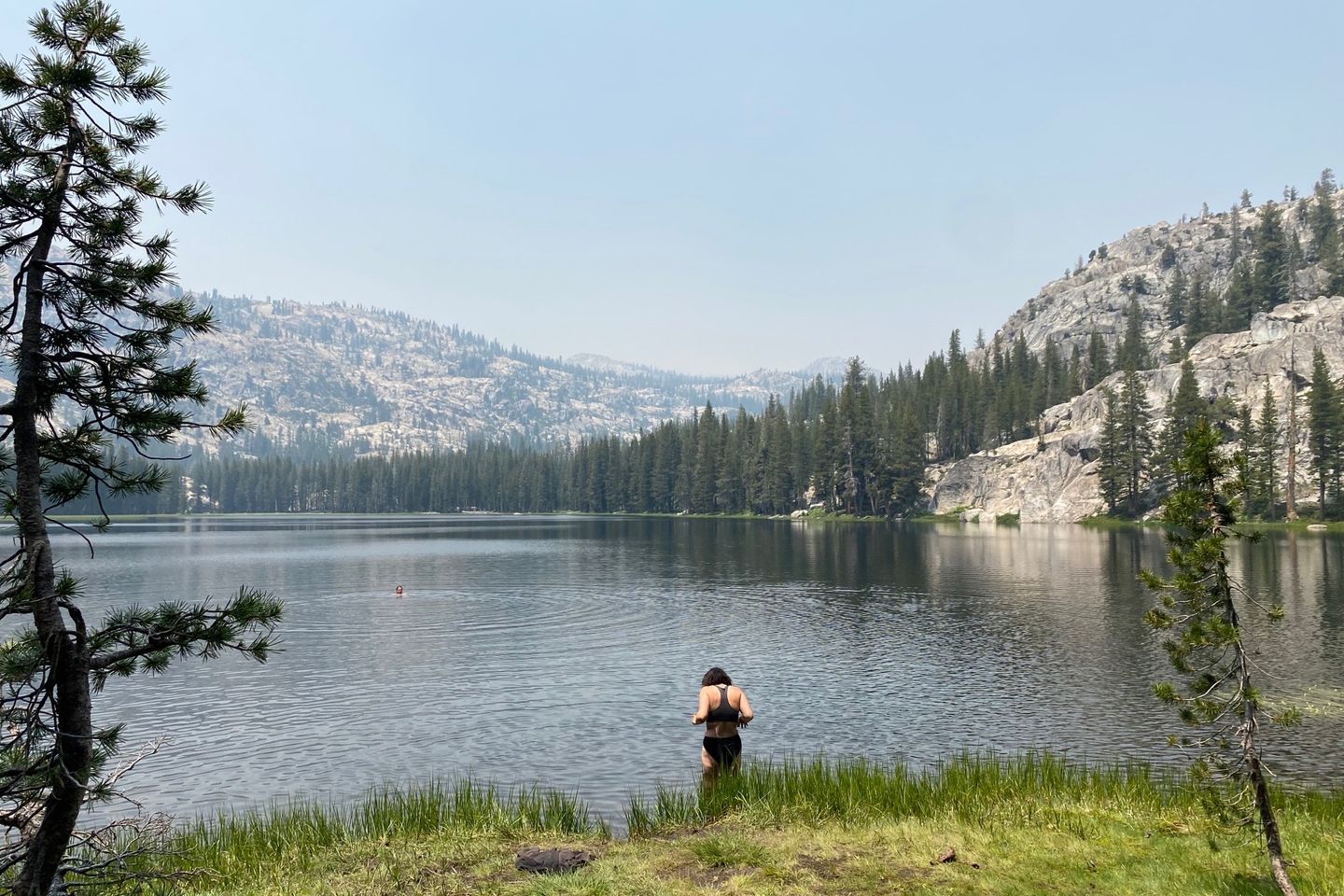 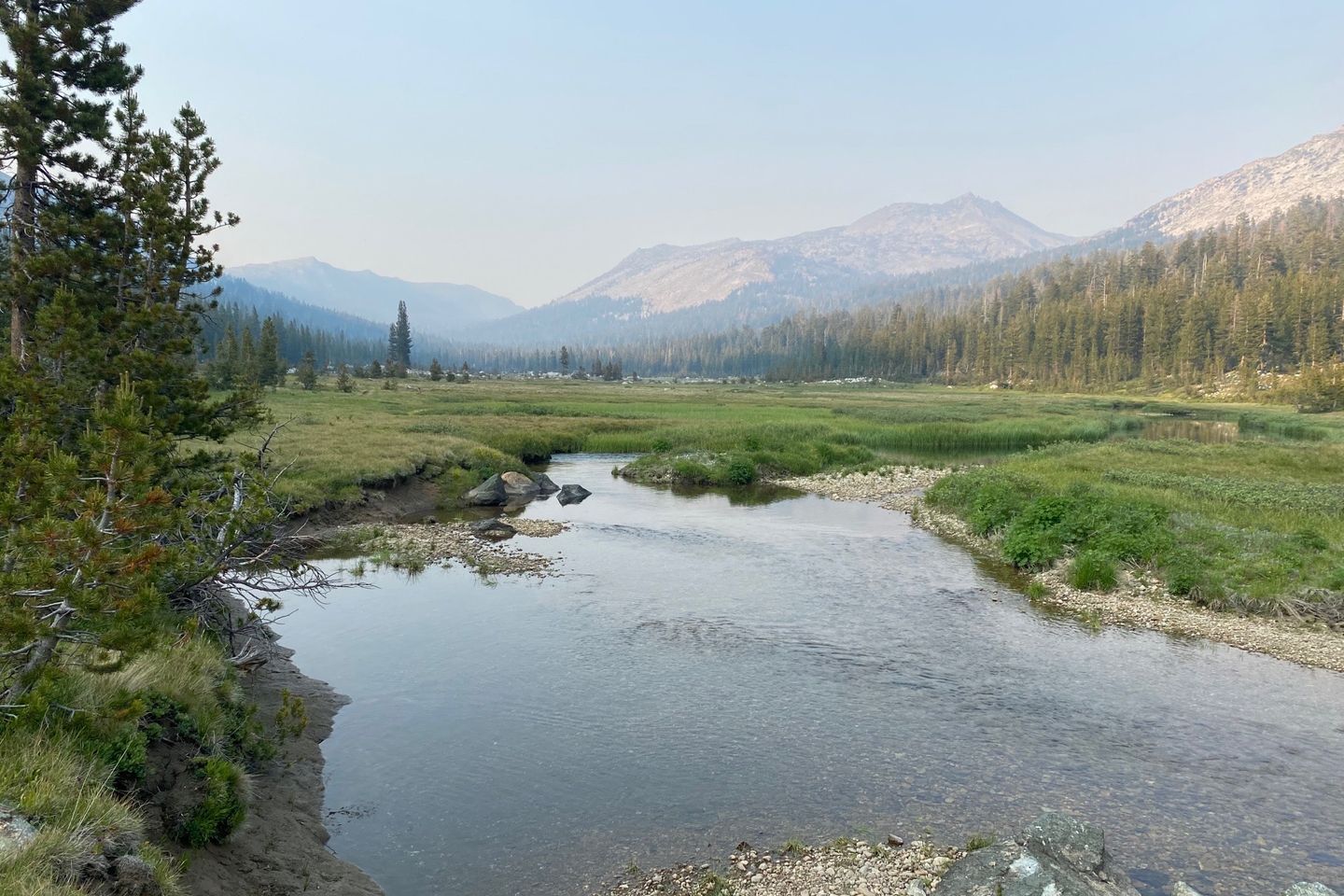 Rose: swimming in the lake, full on treading water in the deep Thorn: mosquito hell, especially in the evening when the scenery was the prettiest Bud: 1.5 days until a touch with civilization, recognizing people in this bubble

I thought the mosquitos from last night were neutralized during the night. Unfortunately, not so. They came back with a vengeance in the morning as I was digging a cat hole. I had forgotten my headnet back at the tent. Thankfully, the gentle wind and dawn sun kept them at bay when I returned to the campsite. I kept my headnet at hand for the rest of the day.

Heat. Smoke. Mosquitos. I hate this about summer.

This is what is characterizing Yosemite: rounded granite hills (instead of the craggily southern Sierra), short valleys and passes, terrible trail work. The trail makers of old attempted to make cobblestone trails in some places instead of steps. It’s bumpy, uneven, and doesn’t work.

I do feel like today was the day I was finally back in the groove of trail.

I got to know the faces of the hikers in this bubble from leapfrogging them all day. Ghost and Bodega I had swam with the night before. I didn’t get the names of the others.

At a small lake before Wilma Lake I saw three river otters. I had planned to swim in the lake, but the otters all hissed at me to make me go away. I took some photos and watched them play (after they moved a distance off). I had just listened to a podcast about otters the night before. Wild otters can be vicious.

At Wilma Lake I joined Ghost and Bodega in swimming. They were bold and swam out to where you couldn’t see the bottom. I balked but mustered up the courage to join. After 5–10 minutes of chatting, floating, and treading water, we turned back to the shore to dry. Benson Lake had had sandy beaches. Wilma just had grass. I stuck around for some lunch before pressing on.

The comments about the next section on Far Out made it sound like mosquito hell. It wasn’t far off. I found the first hour to be pleasant. The climb to the pass was exceedingly gentle: about 150’ per mile. Good thing, because if you stopped to catch your breath or rest your feet, the mosquitos would swarm you.

It openned onto this giant meadow that reminded me of Wyoming. The mosquitos were worst here. I moved on. I usually try to camp around 7:30pm, but the mosquitos led me to an early bed. Around 7pm, I found enough ground to pitch my tent off trail and dove into it to escape the mosquitos. The third night in a row cooking and eating in my tent to avoid the bugs. There is no one camped around me tonight. I’m kind of happy about that.