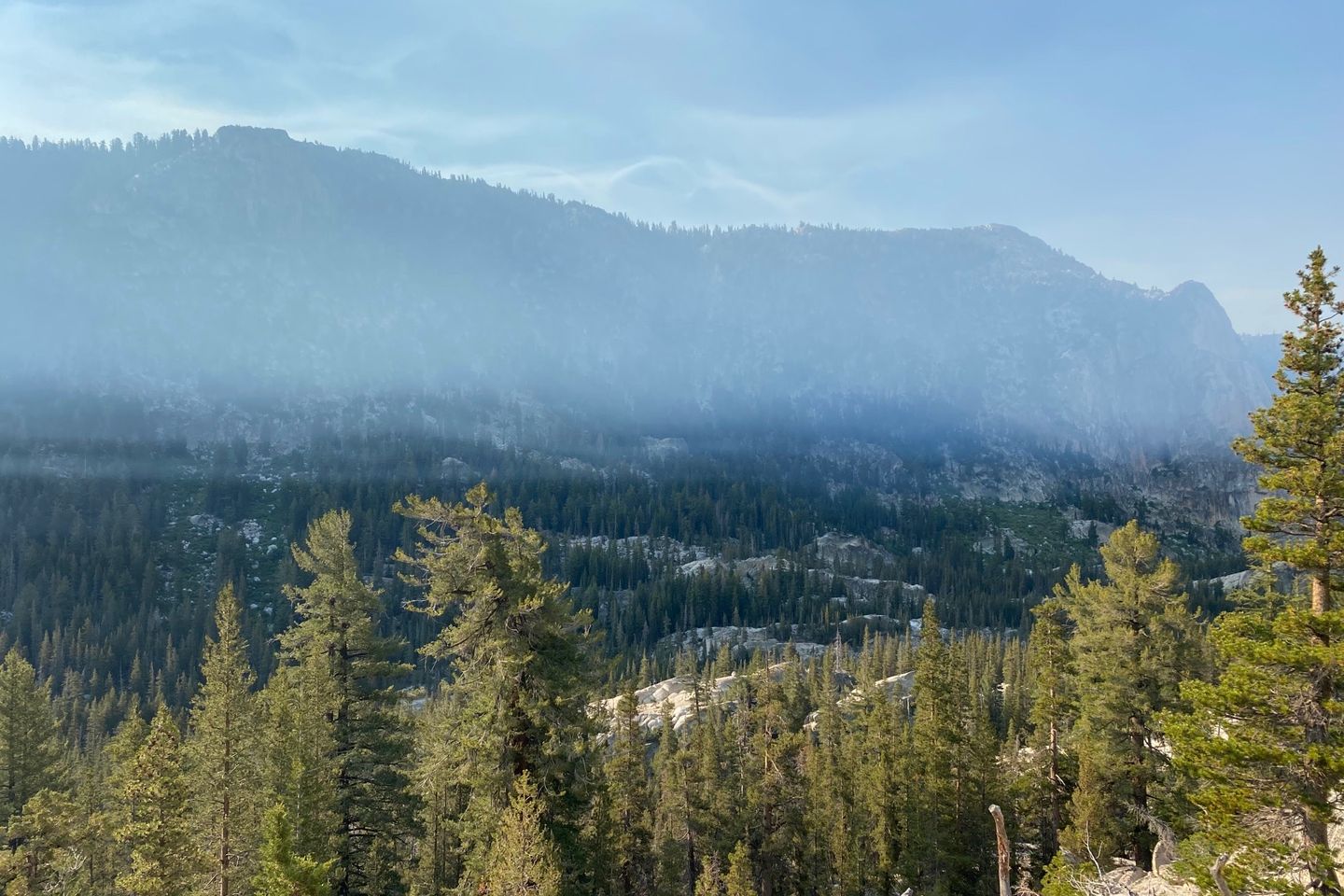 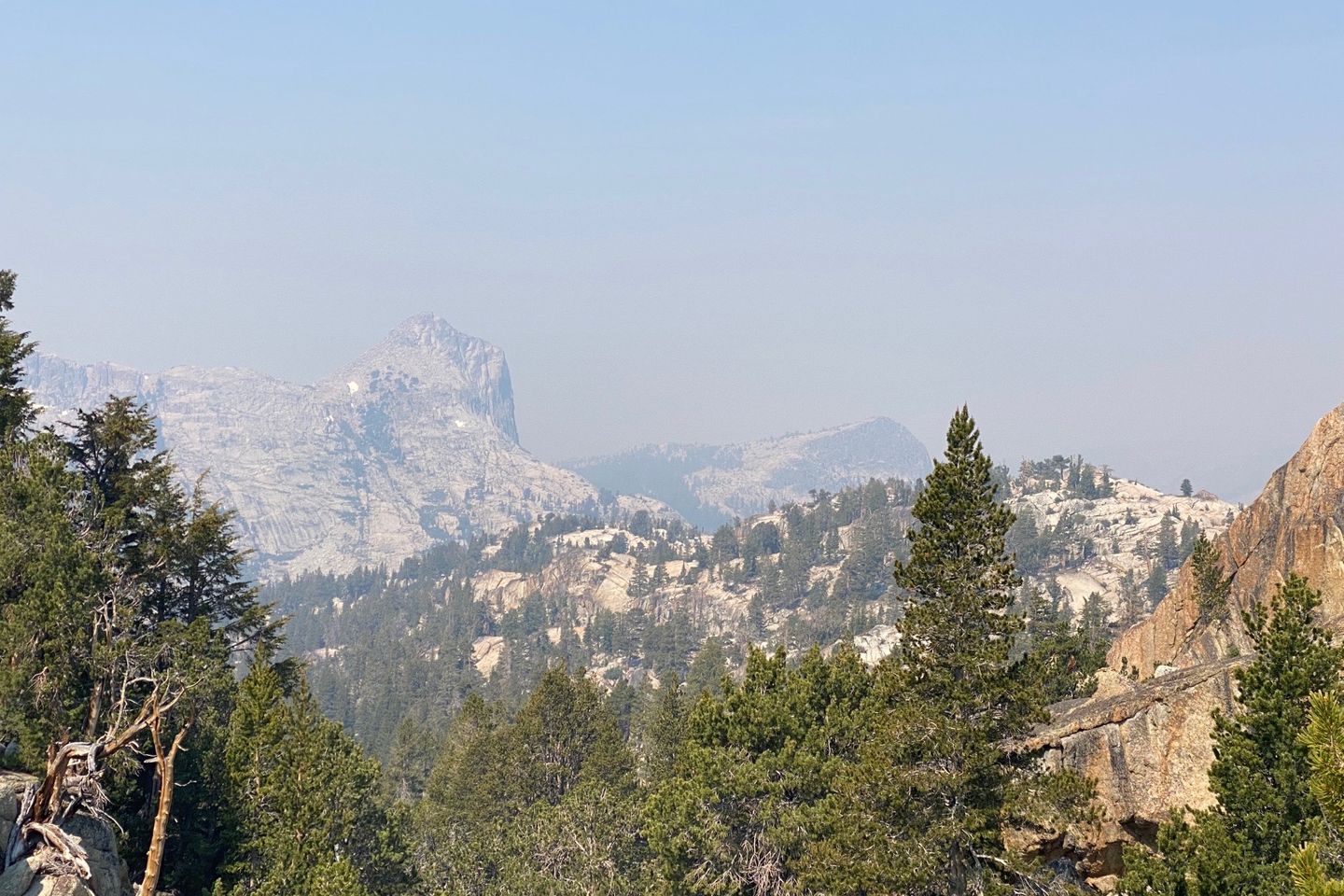 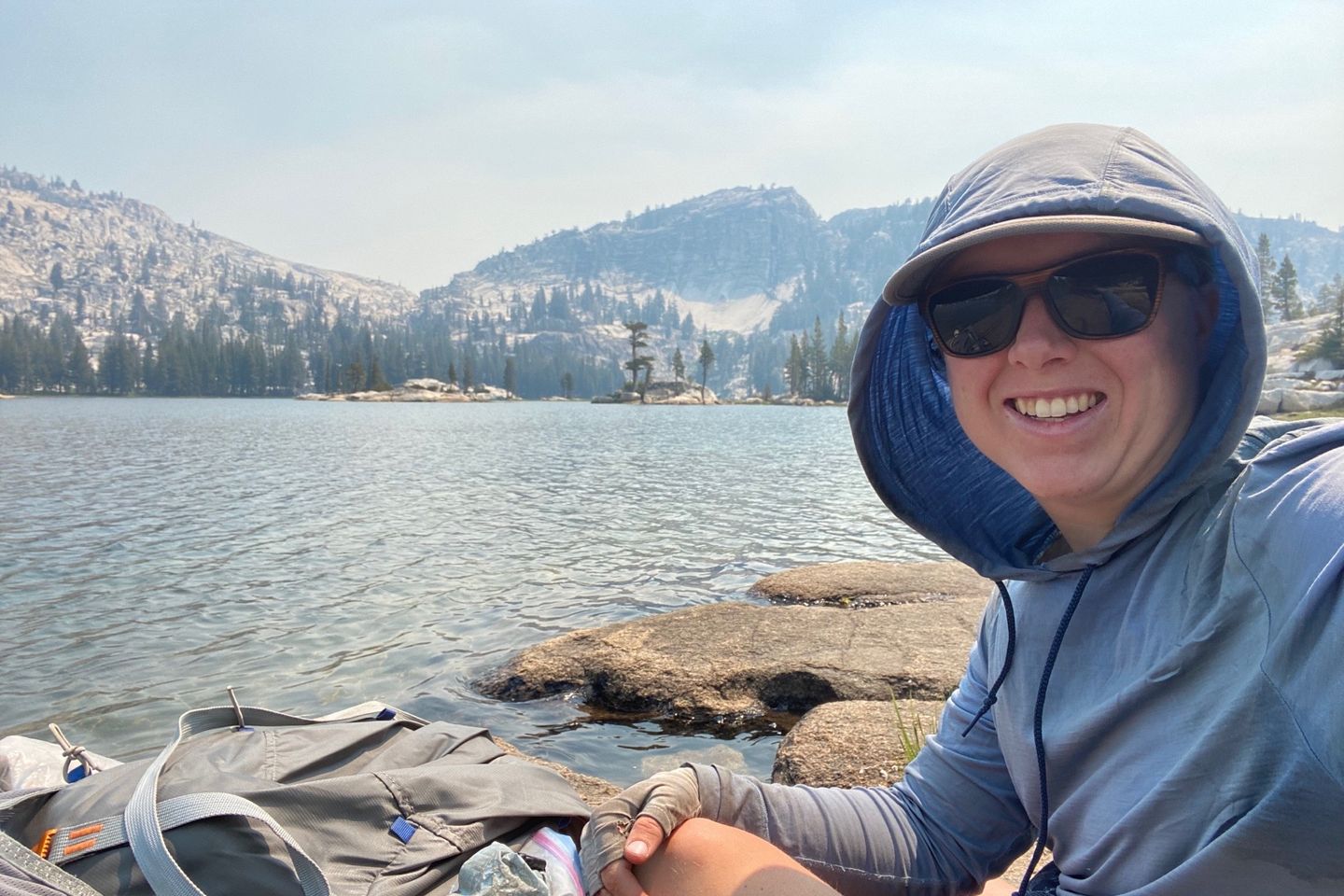 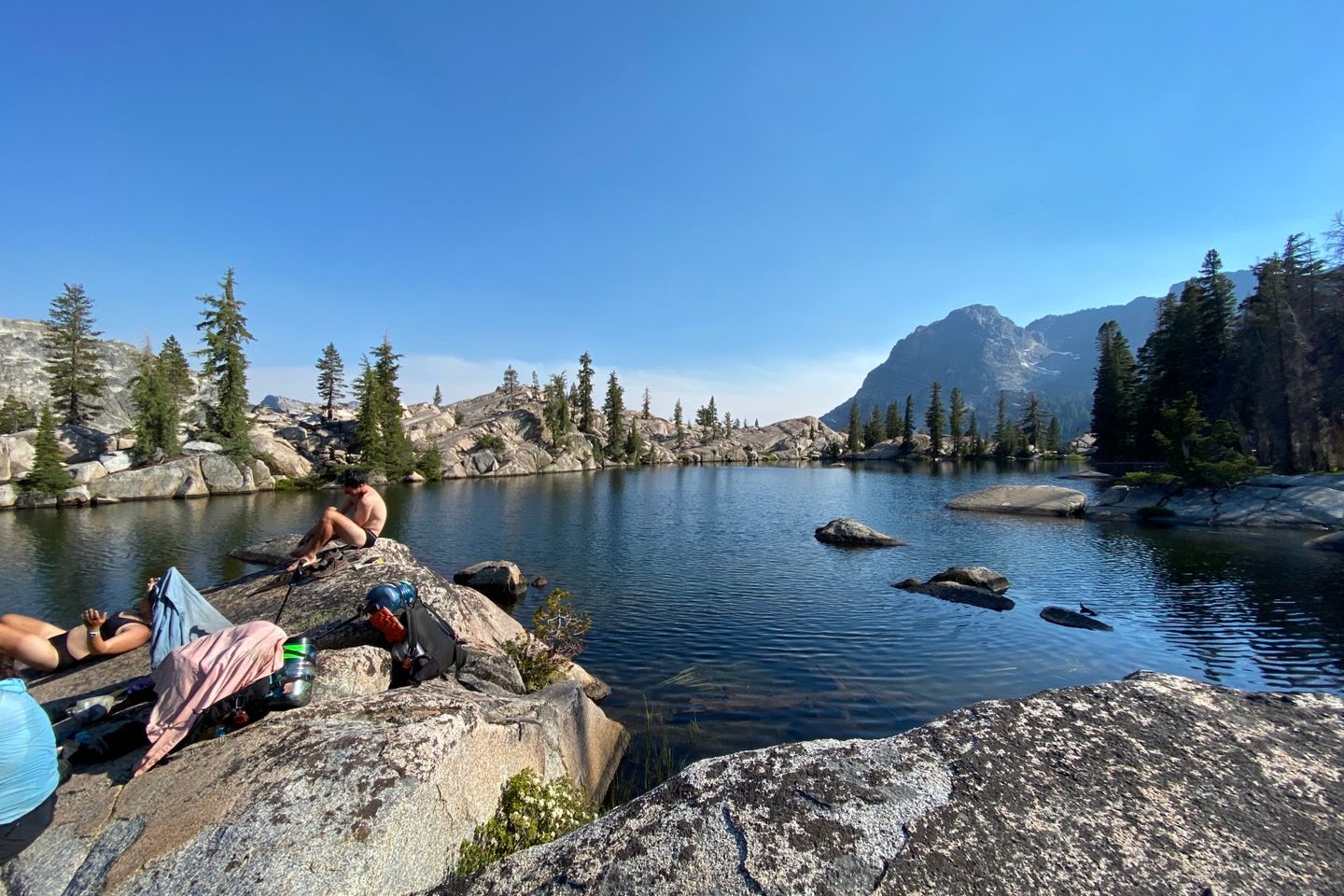 Rose: swim in one of the lakes on Seavey Pass Thorn: feeling lonely at Benson Lake Bud: more lakes, more names to learn

It’s hazy today, especially above 9000’. I noticed it was starting to get hazy yesterday. It doesn’t smell like a wildfire, and there were none on Inciweb when I checked before I got on trail at Tuolumne. That doesn’t mean one hasn’t started or smoke from elsewhere in the state is drifting here. The winds + warm weather is never a good combination. Maybe, sadly, it’s just smog or, better, dust. As much as I don’t want rain, it would clear out the haze and restore the beautiful Sierra vistas.

I ascended into the haze. That’s definitely wildfire smoke. I’ll send Casey a message via the InReach to ask him to check Inciweb for me.

A SOBOer let me know there’s two fires. One in the SW of Yosemite and one in a county north of us. The SW YOSE fire is about 25 miles away as the crow flies according to him.

Casey checked Inciweb for me. The fire is in the SW of the park. I am hiking away from it. No word from him about a fire north. Another SOBOer said there was one in the foothills that wasn’t likely to make it up here.

Hot day. Up in the smoke to Benson Pass. Then a nice large lake on the other side. Too early, windy, and deep for a swim. Then down a steep canyon with terrible footing to thick, lush forest at the bottom FULL of mosquitos and thick with heat. Then to Benson Lake.

Today is a lonely day. I have been leapfrogging with 2–3 people, but they don’t seem very talkative. Even now, I’m sitting on the lovely sandy beach of Benson Lake and there’s no one else here. The JMTers are gone, and I guess this is too deep into the backcountry for most casual recreationalists. I do wish I had a friend right now.

I found the PCTers: they were all hiking up Seavey Pass at 4–6pm. Plenty of people passed me on the way up, but I didn’t mind; it was a steep grade and absolutely beautiful views. The smoke cleared mostly this afternoon.

At nearly the top, there was a beautiful little lake that everyone was stopped at. I joined the group on the sunny rock jutting into the lake. I stripped down to my bra and underwear and jumped right in. It was so refreshing with my sweaty back from the climb. I do hope that my hair dries before bed.

The hikers (Ghost, Bodega, Caterpillar, and ???) we’re hilarious. One reminding me of the elementary school rhyme “I’m getting eaten by a boa constrictor.” They sang Macklemore’s “Thrift Shop” as they hiked away from the lake.

I continued on for another couple of miles passed several ponds and small lakes at the top of the pass and down to a lovely meadow (with tons of mosquitos but they’re kind of everywhere today) and made camp. A couple joined off to the side.