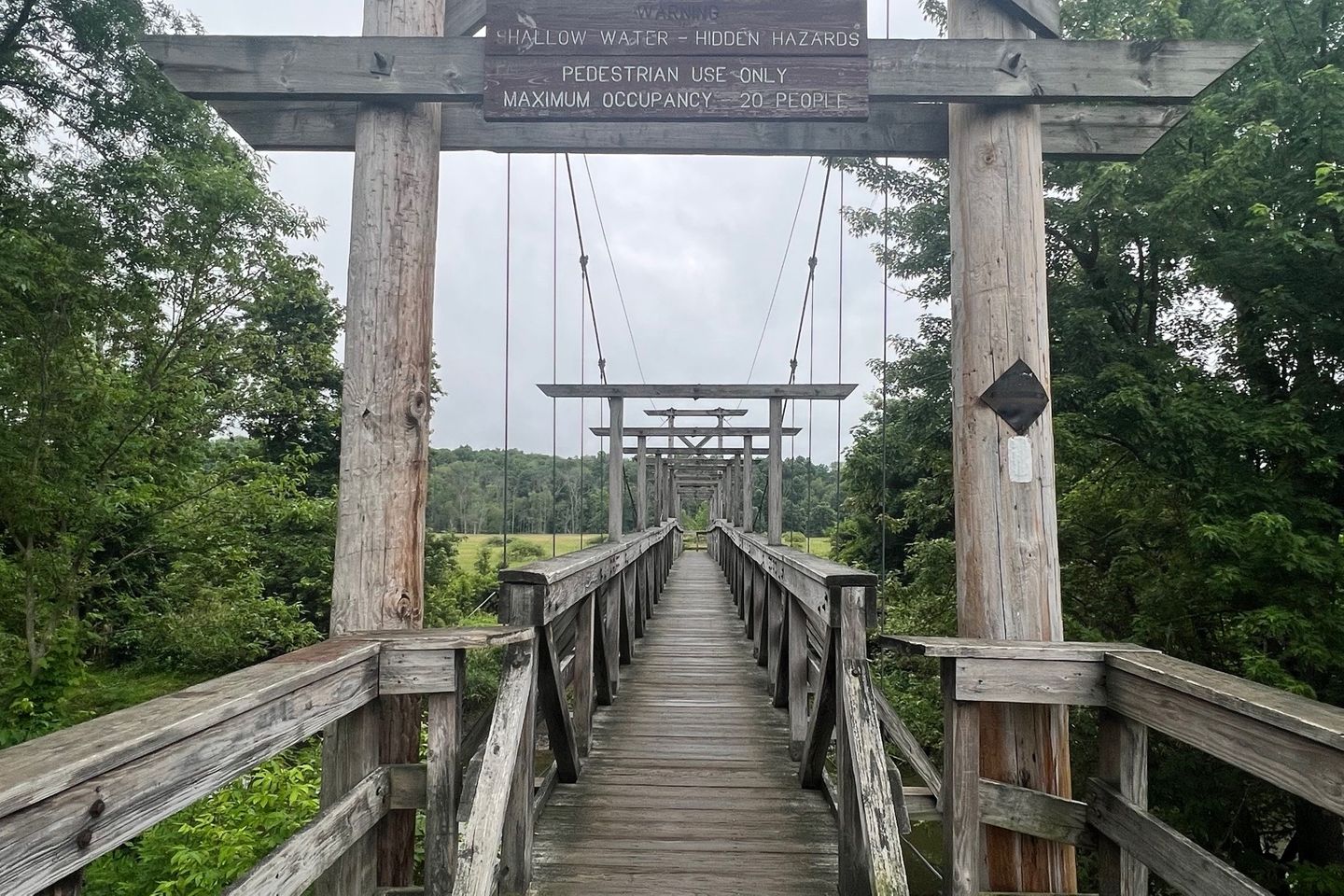 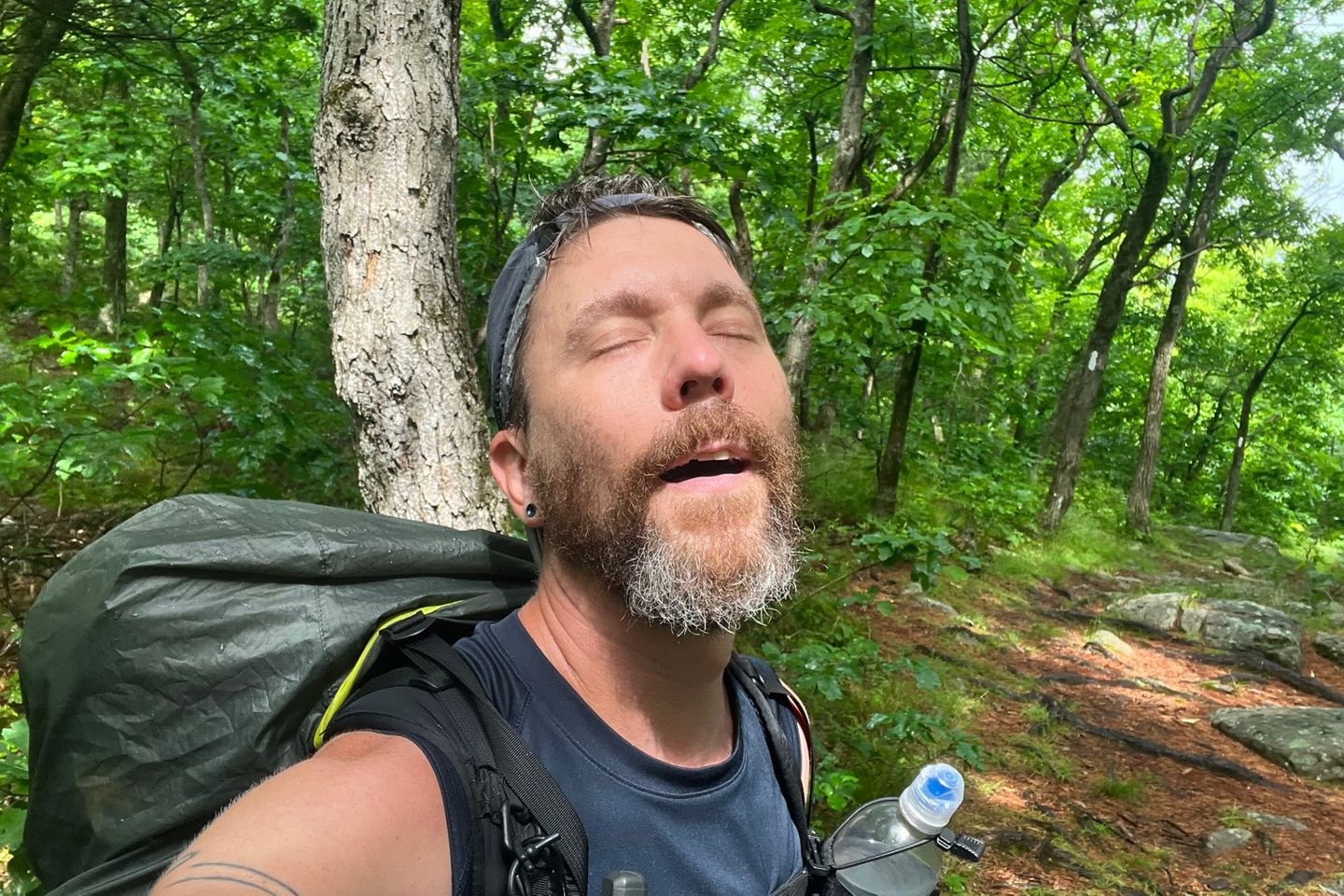 It’s so different up here in the north. Down south, all the hiking was done deep in the wilderness away from civilization and you only popped out every 4-6 days where you could resupply and go back into the woods. Up here, you’re hiking through civilization most of the time and even in the woods, you’re not far off from a road. A lot of my days coming up will have delis I can stop at during lunch time. The problem with this is that the camp locations are sparse or are more built up campgrounds where I would have to check-in and get a campground. There’s even a drive-in theater that lets campers camp for free on the lawn behind all the cars and give you a radio so you can listen to any of the movies. No, I’m not going to do that. Showtimes are way past my hiker bedtime and I’m on a schedule to meet Jason at the trail side zoo. Oh, and I give NJ the award for best privies so far. Each one I’ve checked out in this State are clean, have large bags of wood chips to put in the hole after you go to help composition and give the privy a wood shavings smell, a trash can (what!?) and a bottle of hand sanitizer attached to the wall. New Jersey! You got it going on! Thank you!

Today was a short but fun day. It started out wet as it rained on and off all night. I was late getting out of camp but it was an easy hike to Heaven Hill Farm & Garden Center where I wanted to stop for lunch. Instead, I met Al & Sandra who are YouTubers recording their hike. They were slackpacking and staying with one of their subscribers. They invited me to go with them all to a pizza place in Vernon, NJ for lunch so of course I was much appreciative and went along especially to get out of the rain. I devoured mozz sticks and a big panini sandwich and then we all went back to Heaven Hill. I got an Apple cider donut ice cream sandwich along with a green tea with honey and 25 grams of CBD. I was able to top off the battery on my phone and one of my battery banks while there and then when headed back to trail to take on a climb somewhere around 773 feet elevation within .9 miles called the “stairway to heaven.” It’s a steep, rocky stepped climb that oddly enough wasn’t named in the FarOut app but is in the AT Guide. It’s not that bad considering what I’ve climbed in the past but it was slow going because it was raining almost all the way up. I had to get a pic of the sun on my face as it was fitting it would stop raining and I’d get sunshine right at the top of the stairway to heaven. Only problem is that also brought out the mosquitos in full force. I sprayed myself down and then headed off to the next shelter. I met up with Al & Sandra again here as well as Snowman. Then a trail Angel showed up who’s name I won’t share because he asked not to have his pic or name shared online as rangers have gotten on his case in the past. The reason being is he comes bearing gifts of beer and merlot wine. (I partook in both. LOL!) The shelter ended up filling up especially with tents around where I thought my tent would be secluded. Oops. Even a guy here with a dog and a young girl who was very talkative and flashing lights all over the place. This place is way too packed for me but I had a great “buzzed” time chatting with the older individuals. Now if the guy in the tent next to me would just turn off his damn light and stop moaning, burping and farting so I can actually wind down and go to sleep, that would be nice. I might have to do a real stealth camp tomorrow to enjoy some peace.