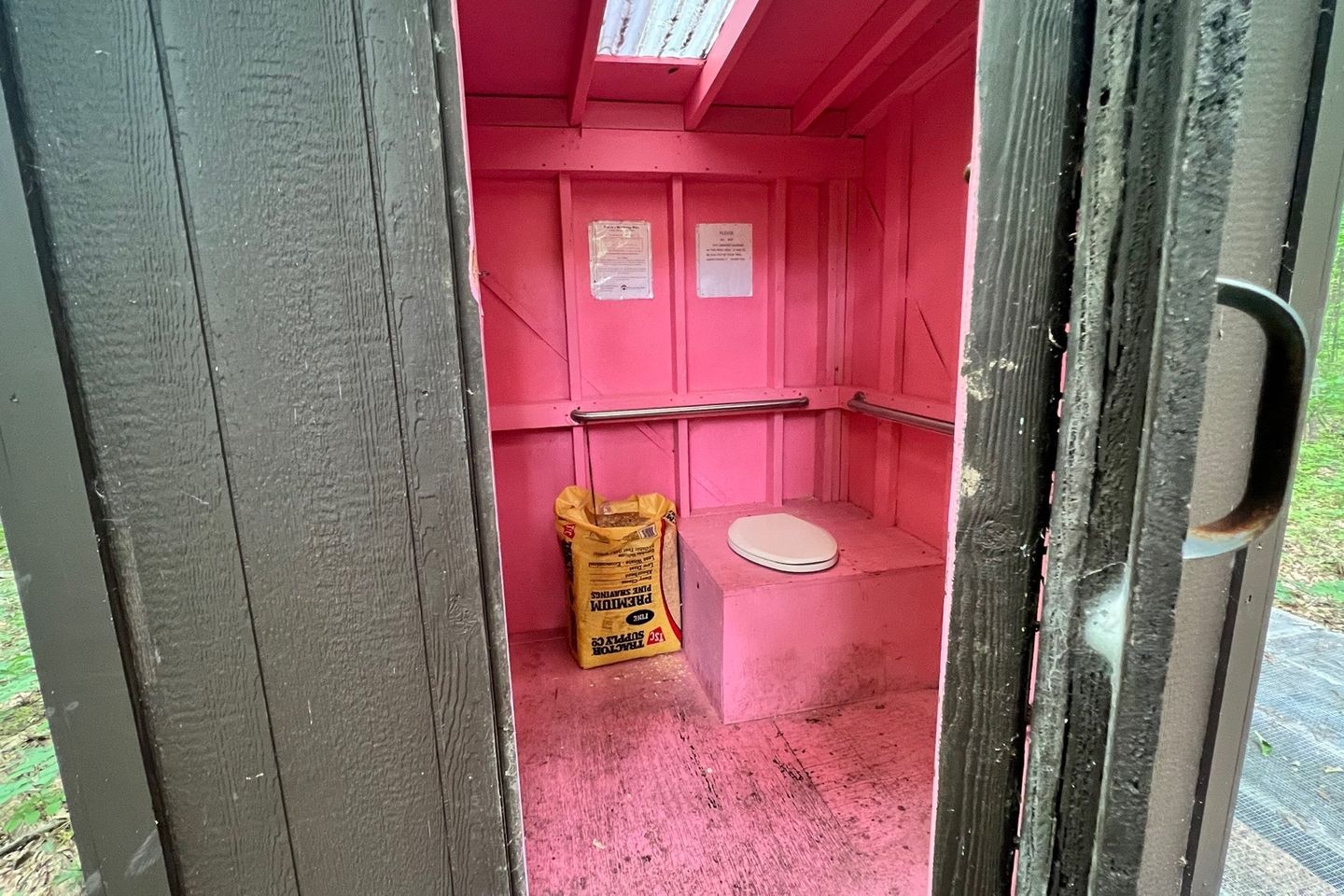 This was almost a 20 mile day. You can only camp at the shelters in NJ so I picked one at the furthest I was able to go, which was High Point Shelter. Now I hear that I’m done with the Rocksylvania style rocks from this point on. I don’t know. I was doing a lot of stumbling over rocks all the way to this shelter where I pitched my tent so I’ll see tomorrow if the annoying rocks are actually over or not. I was happy to pass a shelter along the way when I really needed access to a privy all of a sudden. I barely made it and almost thought I’d be digging a hole very quickly. I had to take a picture of the privy because it was so pink inside. Actually it was quite clean so it’s up there with the top 3 privies I’ve used. Just before getting to the shelter I was to tent next to, I passed by the 220 ft tall war memorial obelisk as the highest point in NJ. I didn’t hike to it and see if it was open to go up in as there was rain coming and it was also getting late. I was hungry for dinner and ready to crash. It was a simple day of putting my head down and hiking. The gnats hit a level I could not stand any longer so I busted out the bug net again. You can really lose your cool after the 5th or 6th gnat dives under your eyelid or into your ear. They’re the worst. I can put in insect spray to keep the mosquitoes away but nothing seems to stop those damn gnats! I have a short day planned tomorrow because I have to walk into Unionville to do a small resupply of food and will also hit Wits End Tavern for a burger and a beer while topping off my batteries again. Might as well as it will only be a 12.6 mile day and I cannot make it to the next shelter after that. It’s way too many miles for me to get to in a day. I’m a little concerned about New York. I’m trying to figure out my campsites but they seem either too close together or way too far apart. Dispursed camping is not allowed so I’ll have to figure something out.