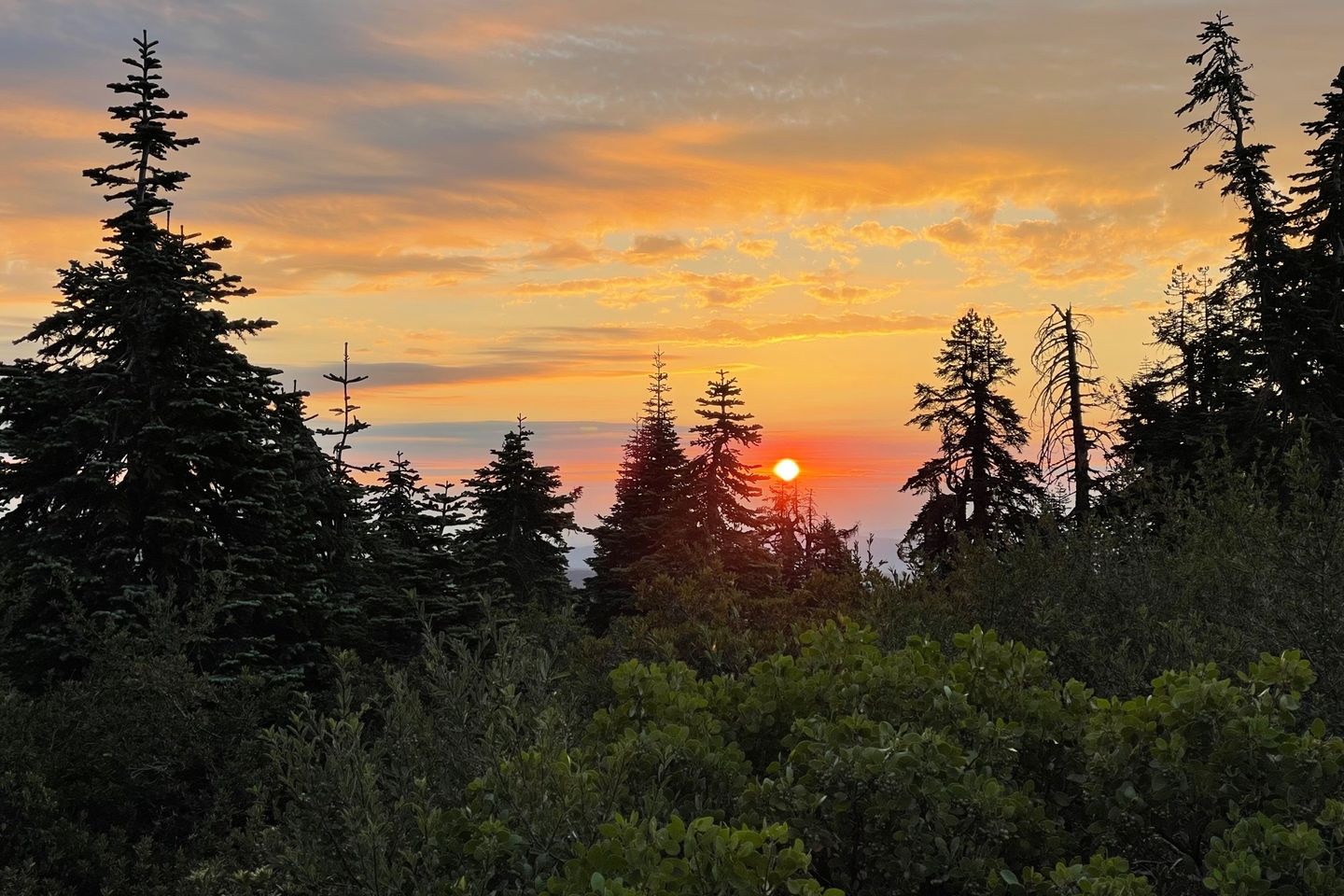 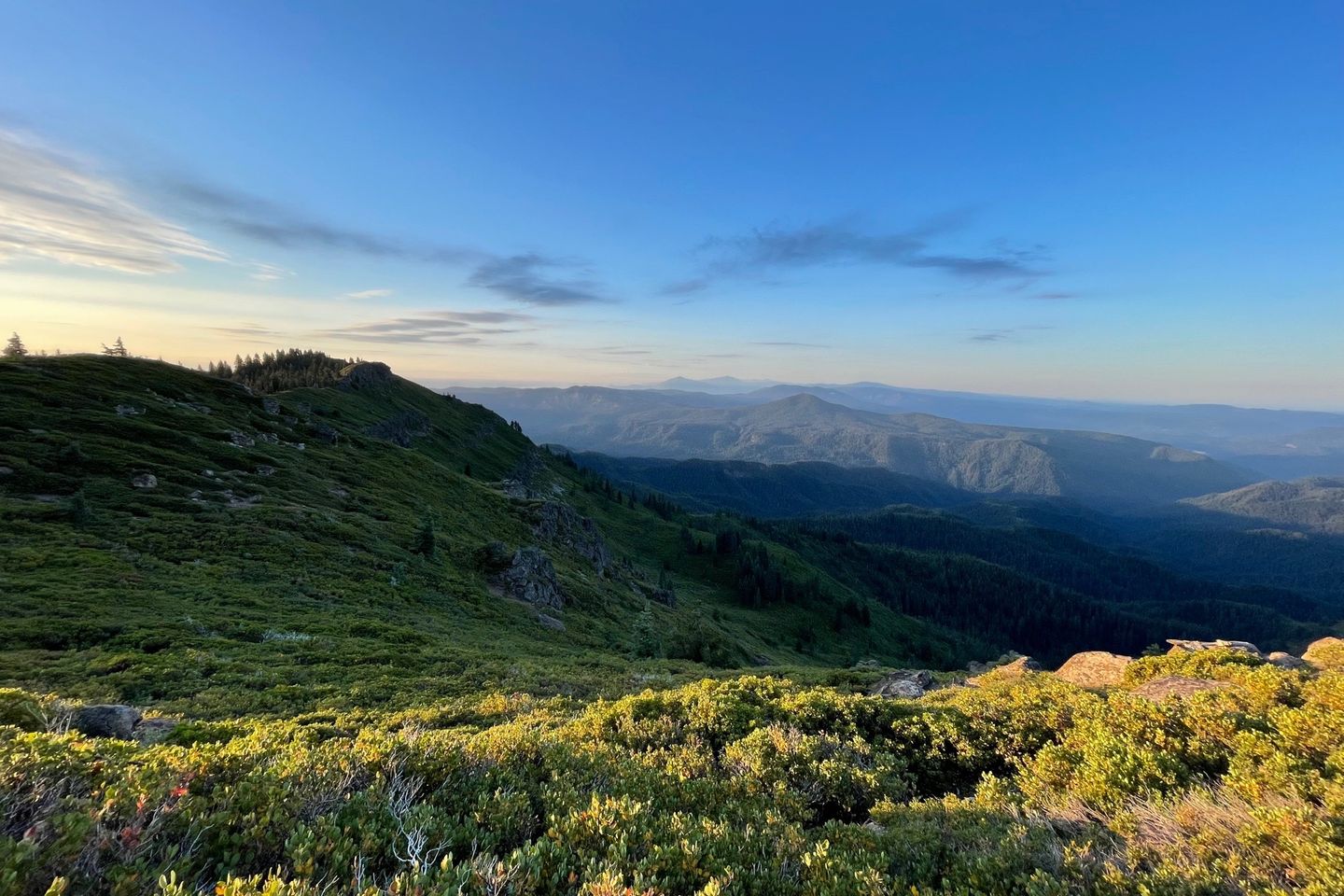 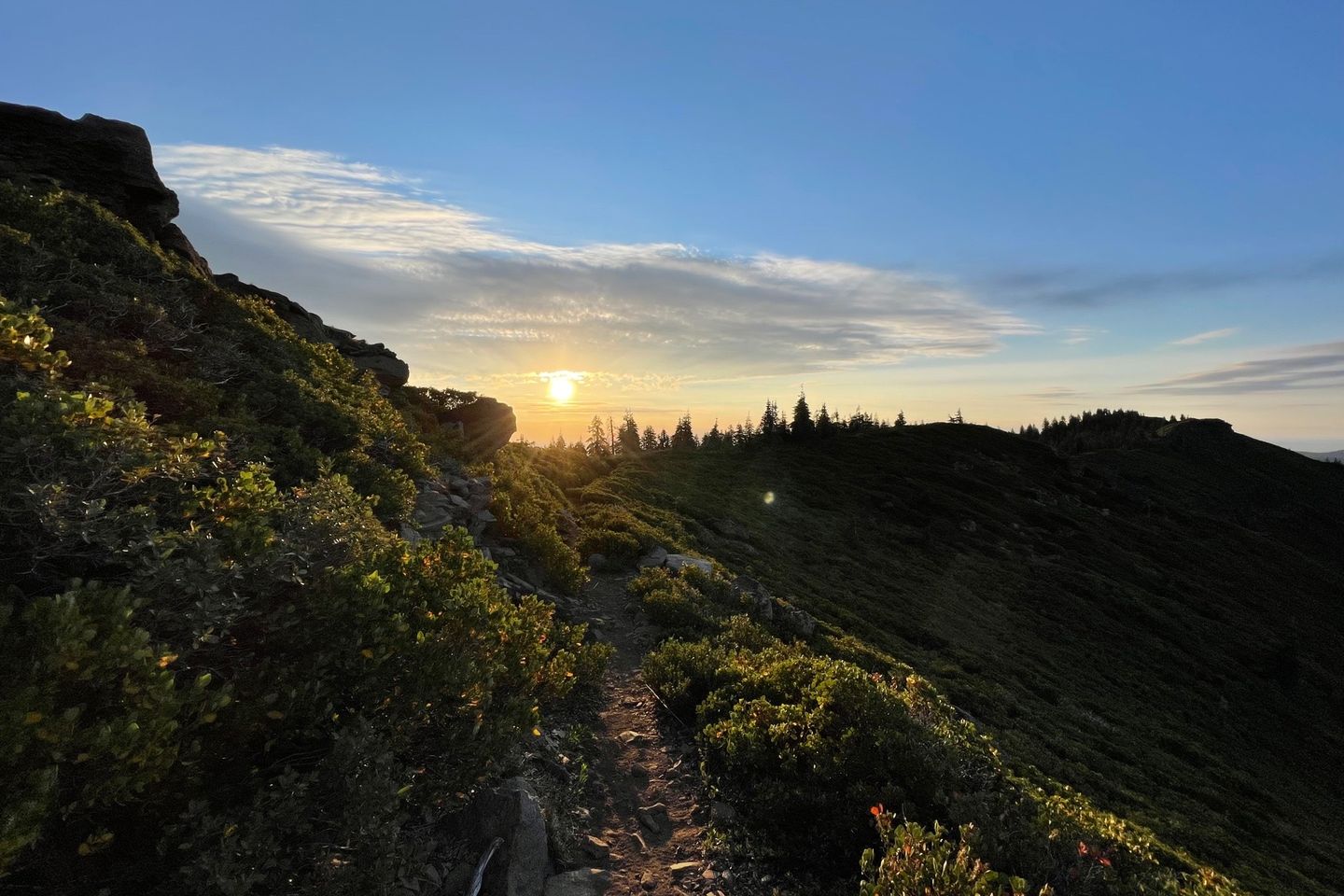 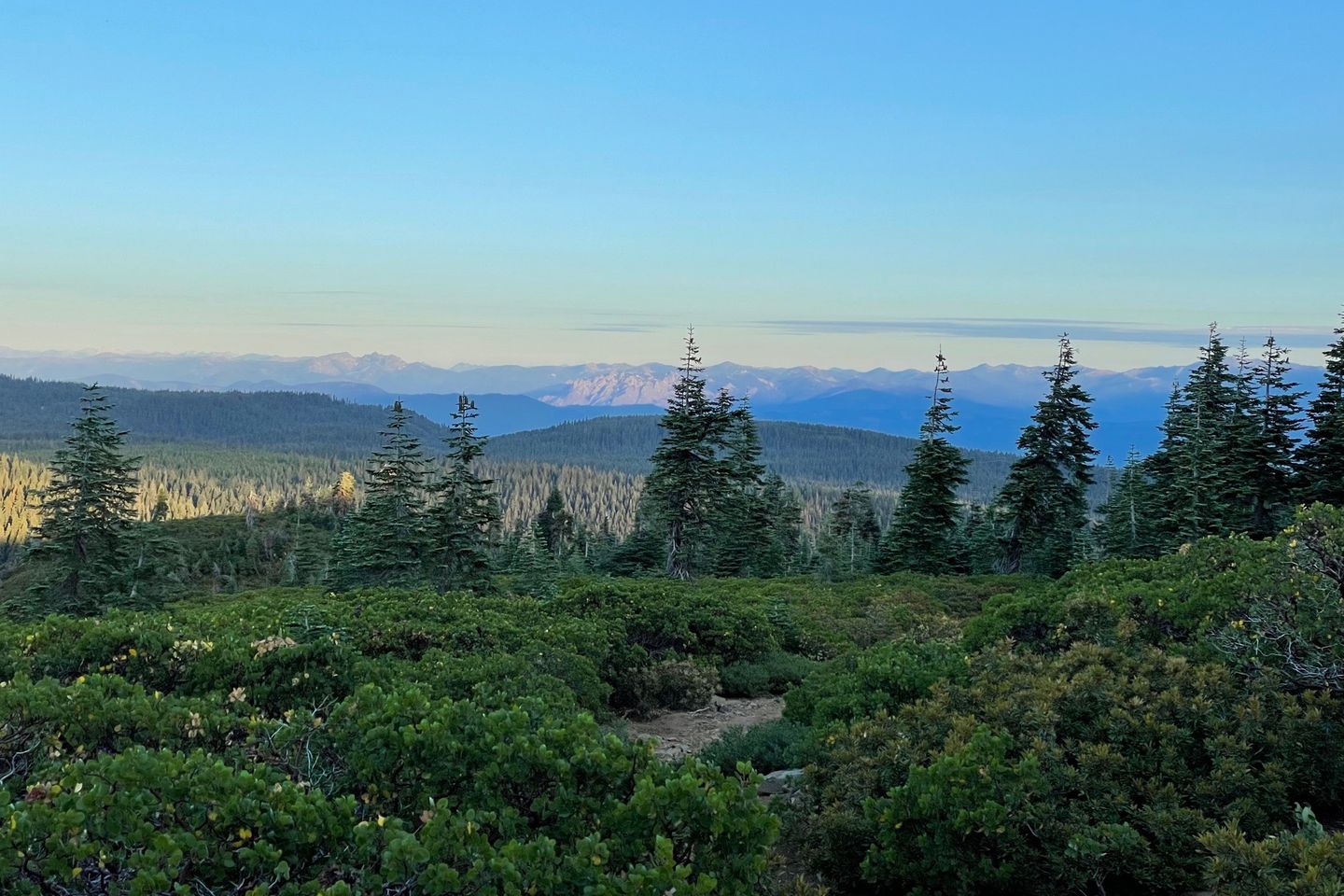 I woke this morning after a decent sleep. I was very sore and tired despite that. We had a deer visit our camp and had a wonderful sunrise. I left camp by 6:30am. The trail was on an exposed ridge for a while. It was wildly overgrown and frustrating. It was scratchy and reminded me of the desert all over again. We wound through some woods where I saw a large buck and then came back around to an excellent view of Shasta.

I stopped 10 miles in for some water a spring. Another deer was visiting. There were also dozens of yellowjackets and honey bees interested in me and all my gear. I ate up and continued. We were in the woods the entire day. I followed a winding trail with a very steep descent next to me. We climbed down 14 miles. I made it down another 8 miles and stopped for a break. The temp had gone up to the high 90s and it felt miserable. I ate a large lunch and pushed another two where I saw Rugrat. I could see her pass by while I was breaking since I was off trail by a creek. We had 8 miles left and it was mostly climbing. I was not excited about it. I pushed up nonetheless.

It was hot and the trail was again in the woods. We had sections of the trail that were black oak and scratchy brush and dusty, rocky terrain. It felt like the desert. I finally sat down with just about a mile left. I noticed just how dirty I was and took a picture to remember one day how it felt to be this way. It was gross but at the same time satisfying. I worked hard and earned the dirt on me.

I strolled into camp around 7:30pm, washed up in the creek, made dinner, and climbed into bed. Another 30 mile day.