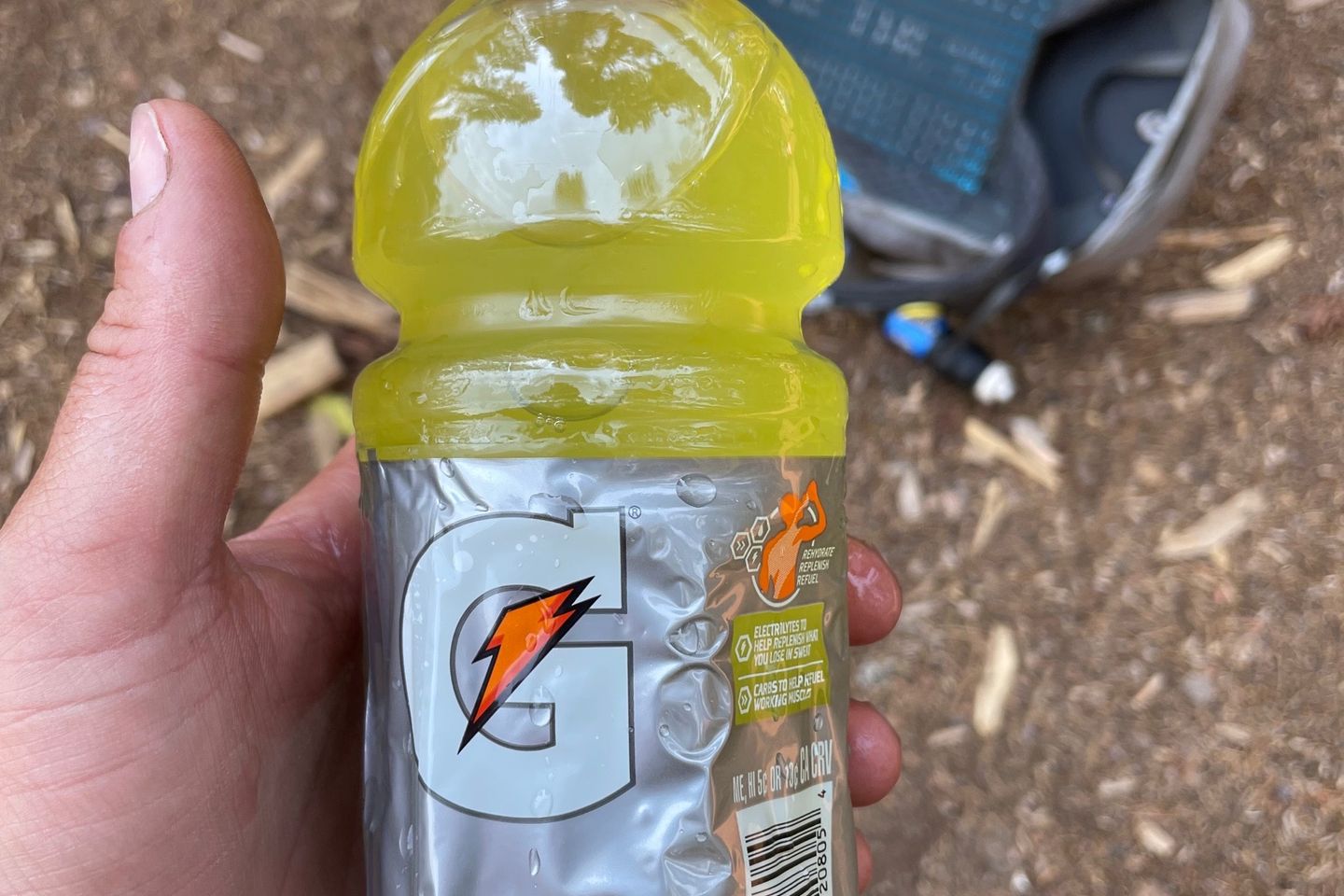 I woke today late. We wanted to sleep in. We headed to breakfast with the larger group. We ran to the natural food store and the gear store. All of us hikers were on hold because of the fire. The PCTA announced they were closing the trail but we didn’t know where. Finally we called them and we made the choice to get a ride to Chester around the fire. Arugula made her mind up that it was time for her to go home. It was really sad for me to say goodbye to her. She had become like a sister to me. A best friend. I know she will remain that but I will really miss her on trail. We made a great team.

Chester was a cool little town but it was so smoky that ash was falling on us. We did a minor resupply at the store and then called the PCTA and they told us the trail was safe where we were. They had officially closed the trail so we had had no choice but to skip around. We hitched and had trail magic at the trailhead. I had my yellow Gatorade.

I hiked on and at one moment I saw what looked like a yak or bison but I knew it was a bear. I jogged closer to get a better look and sure enough it was. Clockwork was behind me since I reunited with him in Chester. But he missed the bear and was bummed.

I got to camp and enjoyed a nice dinner with Clockwork and some new friends Emma and Ellen who I met on the bus from Quincy. I am feeling happy to be out here and determined to finish now.