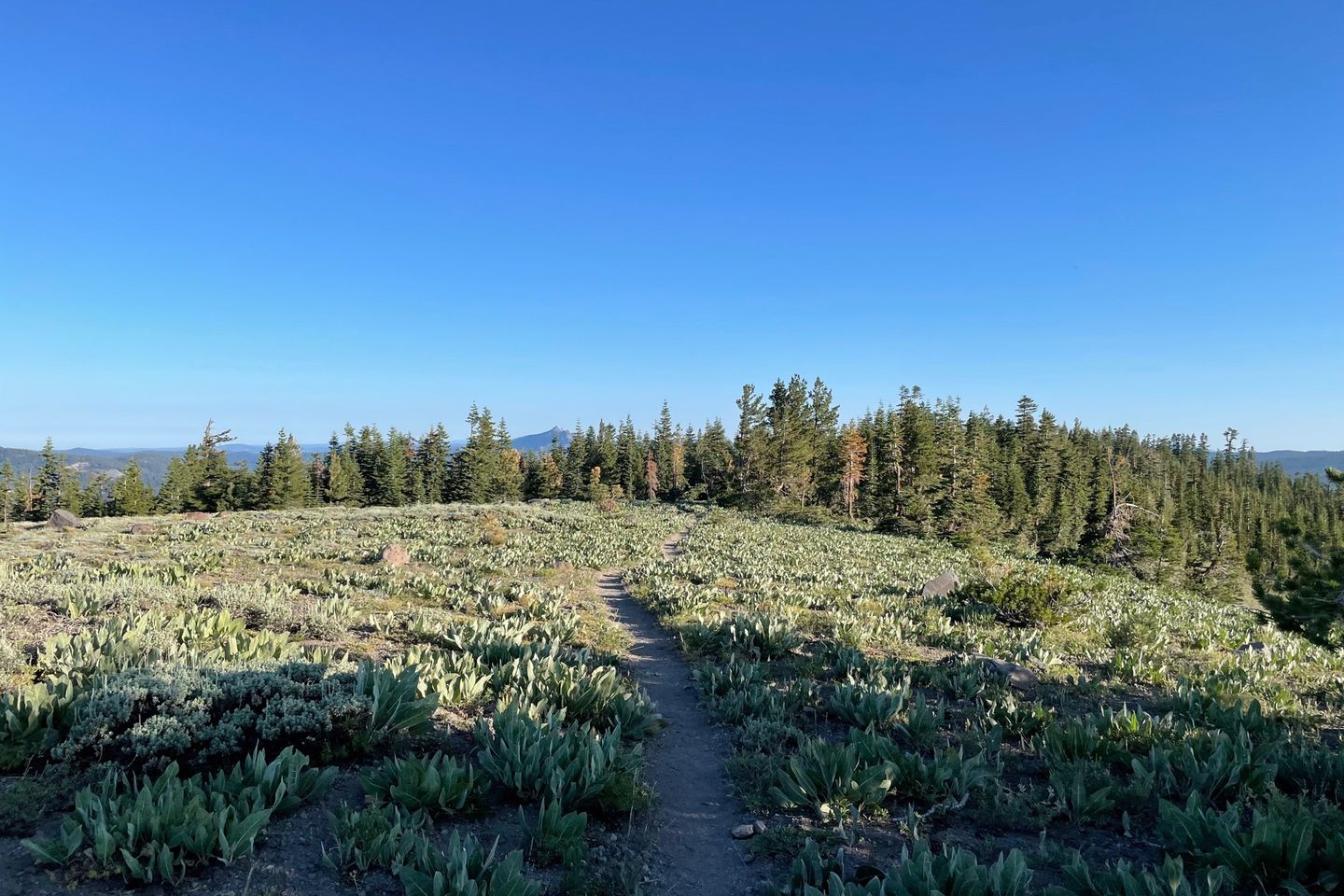 Today we woke around 6am. Some OHV people came by super loud at like midnight. I was worried they were going to mess with us but they didn’t.

I had service on the climb up so I called Robin and chatted. It’s a different dynamic for me being away from someone on a hike so talking often is nice. The hike was easy but hot already early in the day. I stayed on a ridge to start the day and it was a peaceful and beautiful morning.

I stopped at water about 9 miles and and Rugy and I took a break. Little Bag showed up too and we all chatted. I went ahead to continue toward town. It was getting extremely hot. For some reason lately I’m still on a Beach Boys kick so I listened to them but also some 90s hip hop which is usually not my thing but was motivating. As the climb went up we came out on an exposed area with loads of switchbacks and it felt and looked like the desert again which was deflating. Today felt like the hottest day we’ve had yet. Just miserable. Thankfully there was shade but even so, heat waves just kept hitting me in the face and it was like a blow dryer.

I stopped at an ice cold spring about 6 miles past our last break. It was so so cold and delicious. I soaked my hat, wet my shirt, and my hair. Everyone showed up shortly after and then I again headed on. The heat was almost unbearable. I had to stop one last time to soak my entire shirt and get more water. I had drank 4 liters and still hadn’t peed which was a bad sign.

We finally made it to the road and easily got a hitch with Sugar Free, whose birthday was today. Sierra City was an interesting town. There was no cell service and only a few businesses that were almost all closed. We got our boxes and read the weather that it was over 100° today. We went to our stay and went swimming for a bit to cool off. Our place was the River Haven. It was pretty much a bedroom in a hippy house. We got dinner with Little Bag and Orange Slice and then went back to sort food and head to bed.