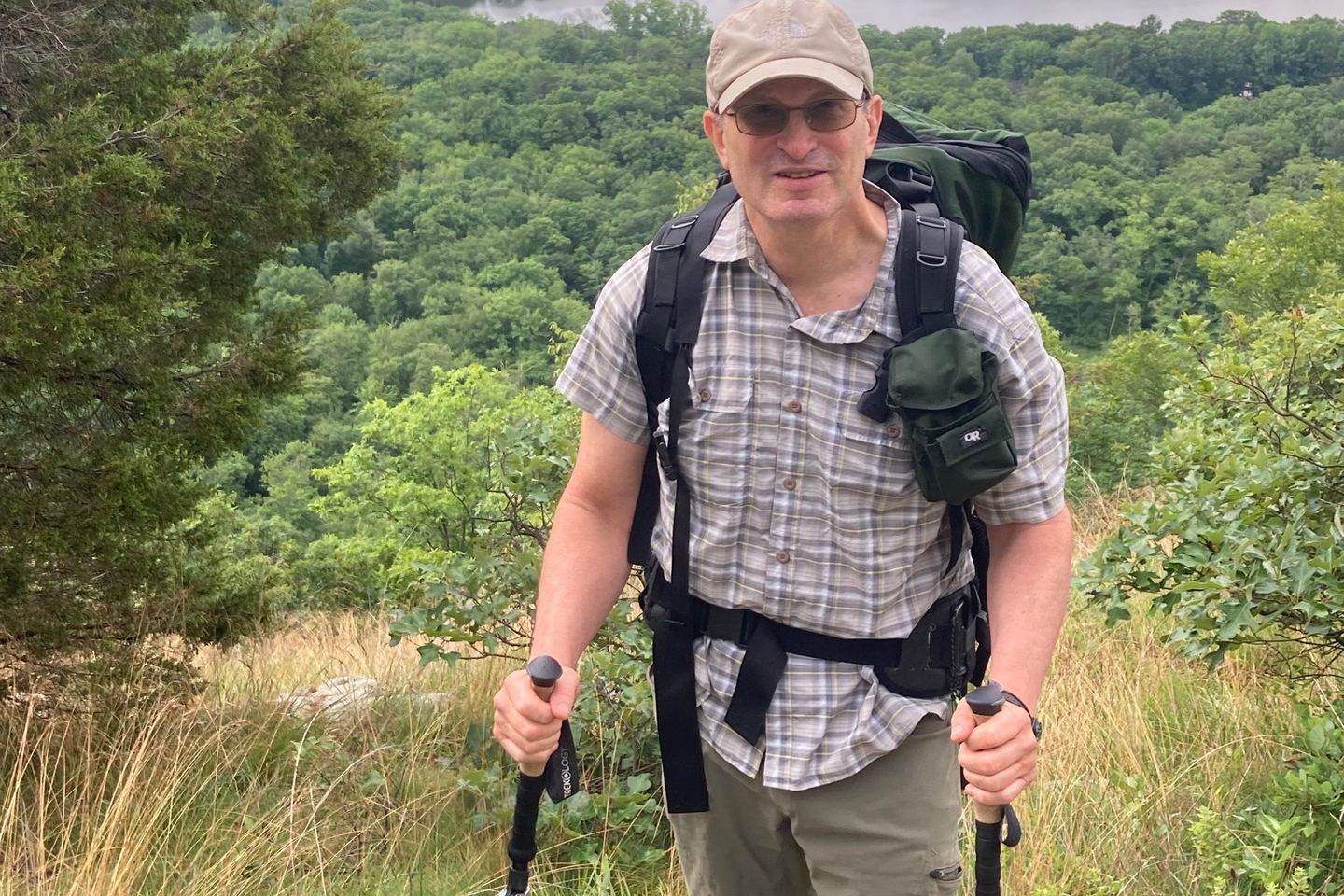 7/10/21 Rain had stopped last night and I was coming out my tent to cook dinner and Allen was walking to the tent site. I met him and he set up his tent. Great seeing him. Someone chilly overnight. Walked by several small lakes including Crater Lake. Climbed over Rattlesnake and Sunrise Mountain. Went thru Culver’s Gap and much to our surprise there was the Sandwich Lobby and as it was dinner time we both got cheese burgers. Climbed to Culver fire tower which we decided to camp at rather than going on to next shelter. When I got there their was a couple I previously met and one guy was throwing rocks at two bears which had wandered up. I never saw the bears!! He was experienced with bears due to being a naturalist in the past at Glacier National Park, Beautiful sunset and saw fireworks in the distance.They hung their food off the fire tower which we did as well. Could climb nearly to the top of the fire tower except the last portion was padlocked closed. Bears never returned.