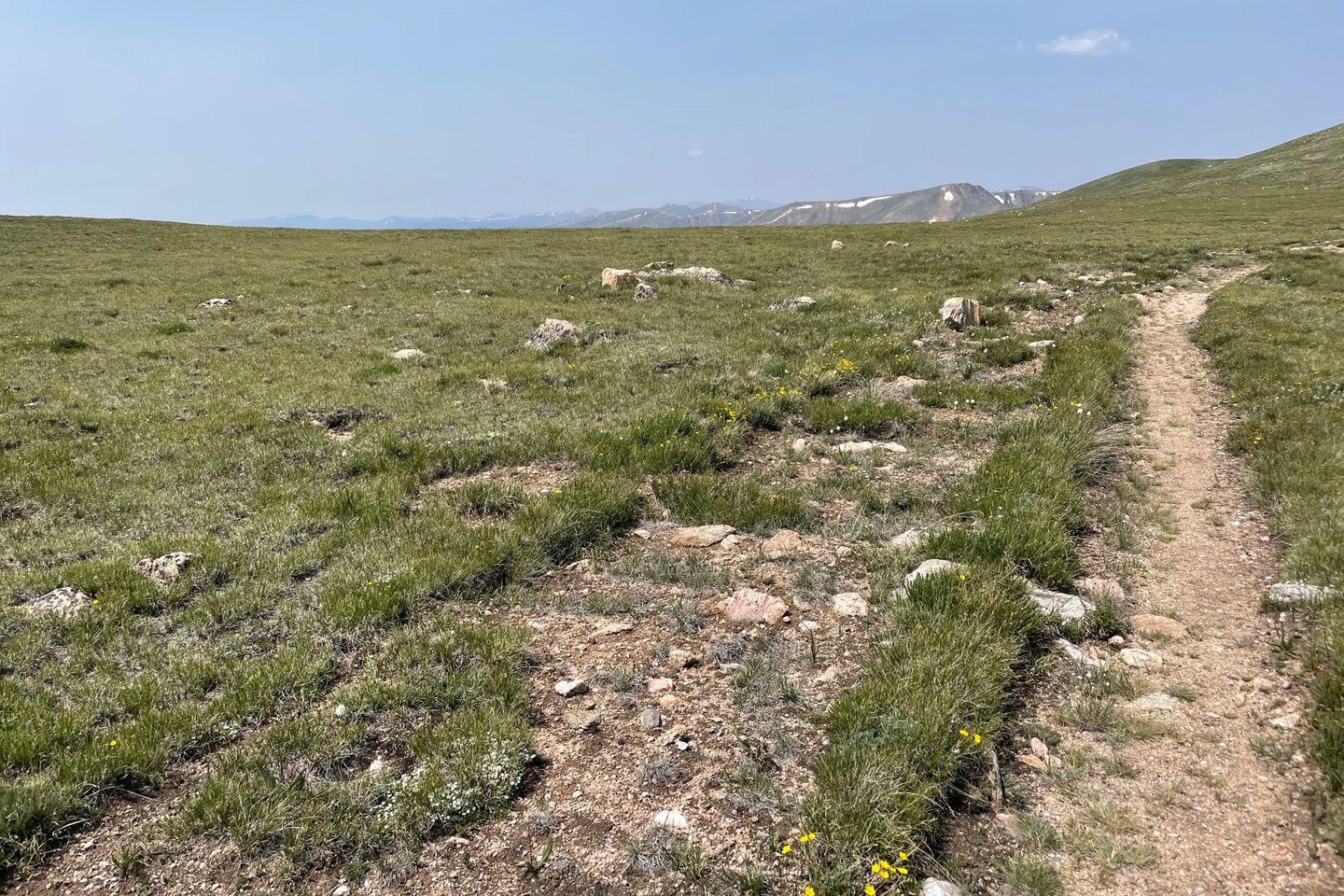 Since this section of trail brings us over the highest point in the CDT, we have to split it up a little differently. The trail up to Gray’s Peak climbs nearly four thousand feet from the valley below and involves a thin ridge walk from a nearby lower peak. Bottom line: it will be slow going. Because of this , you want to plan on starting the climb early in the morning to avoid the chance of afternoon thunderstorms. That starting point was only 30 miles away this morning so it will do us little good to push 20 miles today to only hike a short 10 miles tomorrow. We decided to split it into two 15 mile days. This was also because there didn’t look like much camping opportunities at about the 20 mile point. We will be high above tree line even at 15 miles, but at least in a saddle with some level areas. Hopefully not too windy....

Most of the day was spent climbing, but like yesterday (with one exception) was never overly steep. And we have started having to think about water again. We had to dry camp last night with our first water this morning five miles later and tonight wil be roughly the same. But until late in the hike the trail was in great shape and the weather was good.

We reached the spot where the CT and CDT diverge near Georgia Pass. Of all places, we found trail magic. A local hiking family had driven their Jeep to this spot (also intersected by a rough dirt road) to do this. So cookies and water and a chance to talk to them. Great!

The change from the well maintained and well marked CT to the CDT is almost comical. It is very obvious where the CT went. The CDT.... not so much. It took a little map reading to see the CDT initially followed the dirt road. OK. Shortly later Guthook said the trail was the middle road on a three-way fork. Hmmmm. There was only one road and one faint track on the other side of a fence. Sigh. Welcome back to the CDT. The faint track appeared to be the trail. And it went straight up the side of a mountain to follow the actual Continental Divide. No curves or switchbacks. It appears to be a old keep track now under restoration.

Our planned campsite did have some flat spots. It was breezy as we set up camp and we are exposed up here at nearly 12,500 feet. But the winds died down as the sun set. Also got chilly quickly. Could I be below freezing tomorrow morning in the middle of July?