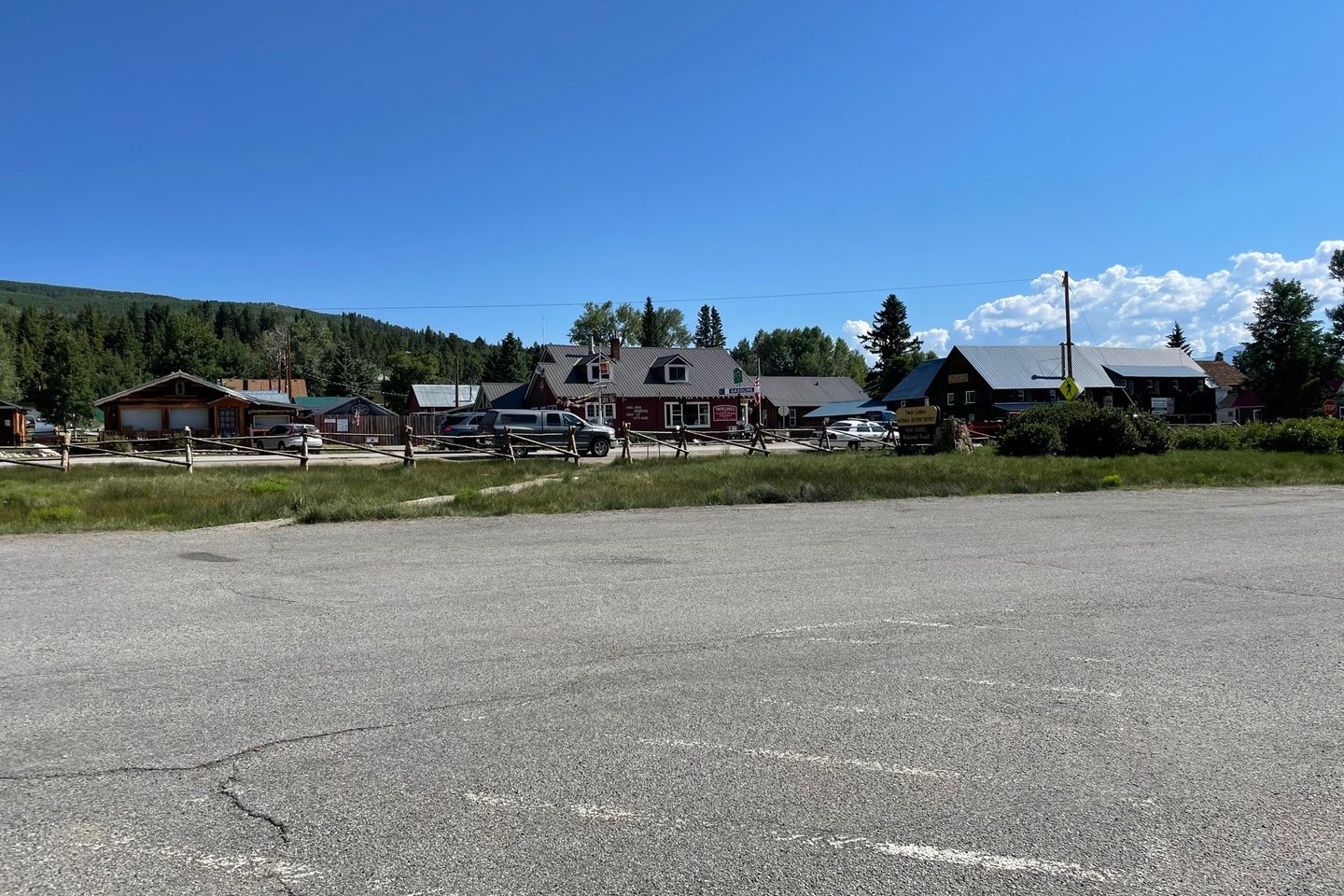 Now for the hiking stuff. We camped last night in a spot across from the General Store in Twin Lakes “behind the trees”. It’s not a designated campsite but they are very hiker friendly there and let CDT and CT hikers stay. And there was a privy behind the historic visitor center. No shower, but still luxury for a hiker. (And a picnic table too!)

With the humid weather pattern here and sleeping in a valley with two large lakes, it was no surprise we woke with lots of condensation, again. The good news is we were waiting for the General Store to open for coffee and resupply (free coffee for hikers!) and the food truck for lunch. (The restaurant in town is only open for supper.) So we left the tents set up and got out our damp stuff to dry. It was nice to be lazy.

The General Store provides a small covered area just outside for hikers to hang out, including some plugs for recharging everything. It was fun both meeting new hikers (mainly CT) and seeing some CDT hikers we haven’t seen in a while. Besides talking hiking, we also caught up on calories. Microwaved breakfast burrito and biscuit sandwich, whole milk, coffee, ice cream bar, snickers. Then we waited for the food truck, famous for its sandwiches. I opted for the Reuben and a Coke. And... needing more hydration a peach tea. Just thought I would share some real life hiker stuff. Sounds nutritious, huh?

We then went and packed our now dry stuff and left for the trail just after noon.

We took a short cut. Call it cheating, but it’s not. The town of Twin Lakes is not on the trail. The CDT takes a long loop east around the twin lakes then back west before turning north again. It is strange. However, there is the Twin Lakes Trail that is just outside town that connects with the CDT where it turns north again. We did that.

Thunderstorms were threatening over the nearby mountains. That actually meant it wasn’t hot with the cloud shadows. All three of our hiking group still has sore knees from the steep descents from Lake Anne Pass and Hope Pass the last two days, so the first part of our hike was slow while we warmed up. We had set a goal of a possible campsite about 10 miles after reconnecting with the CDT, with another campsite before that should a thunderstorm appear imminent. (Our next town is Leadville, only about 38 miles, so today’s distance wasn’t critical.)

This segment presents some additional opportunities, should you wish. You can take side trails to summit two of Colorado’s “Fourteeners”, Mt. Elbert and Mt Massive. (Mt Elbert is the second tallest mountain in the lower 48). Our group had decided not to climb either. Two of us have had enough vertical in our hike recently and the third hiked the CT last year and had climbed Elbert then. We did see a lot of hikers coming down from Mt Elbert including day hikers (today is the end of a long holiday weekend), CT, and CDT hikers. We even talked to a group of CDT hikers who had just descended from Elbert and were setting up camp at the start of the Mt Massive Trail to climb it tomorrow. (Side note: thru hikers will not carry their full packs to do these climbs. They will leave their camp set up and take just a few basics up to the summit and back.)

Our hike went well, mostly. After the big ups and downs of the last two weeks, today’s climbs and descents seemed tame, even with the sore knees. Storms threatened around us, including at the peak of Mt Elbert as we passed. We were lucky and only got a few drops of rain descending the north side of Elbert. ‘We’ briefly considered going to the shorter distance campsite, but the nearest thunderstorm was dissipating so decided to press on. I say ‘we’ because our third companion had made one more stop in town and was behind us.

The trail climbed onto the flank of Mt Massive. Less hikers here, but still some, including the group of CDT hikers at the trail intersection going to the peak. I felt good hiking. My left knee would give problems on steeper or rocky descents as the Ibuprofen wore off. I reached the picked campsite first (for once!) as my hiking partner stopped to collect water and talked to some hikers.

An interesting animal encounter happened. I dropped off my pack to collect water at a nearby stream. As I returned I saw a small animal approaching my pack. I got a poor picture. It appears to be an ermine, a ferret-like creature. It turns out the hiking partner with me saw one on trail as well. We better protect our food tonight.

Right as the two of us got our tents up, a thunderstorm developed on Mt Massive. The bad news was our third companion wasn’t here yet. We found out via text (we will get service in the oddest places sometimes) she had wisely found a spot .8 miles behind us as the thunderstorm broke. So we are all safely in our tents. Once again, the worst weather while in camp. Good. That is where I find myself now, as the rain continues to fall, though the thunder has faded. But I am fed and warm in my quilt/sleeping bag. Now to fend off any ermine or other vermin during the night. I will protect my Pecan Sandies....