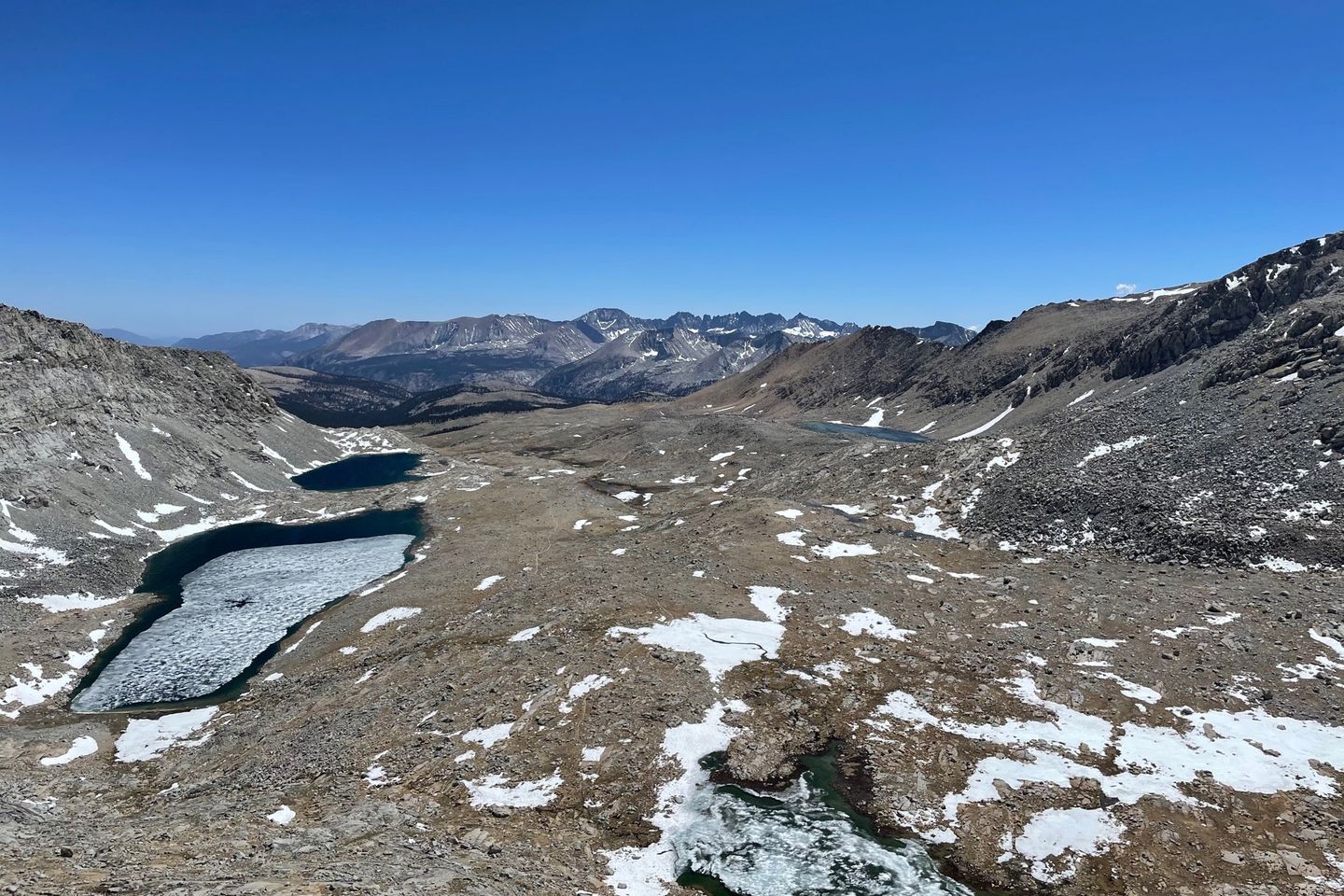 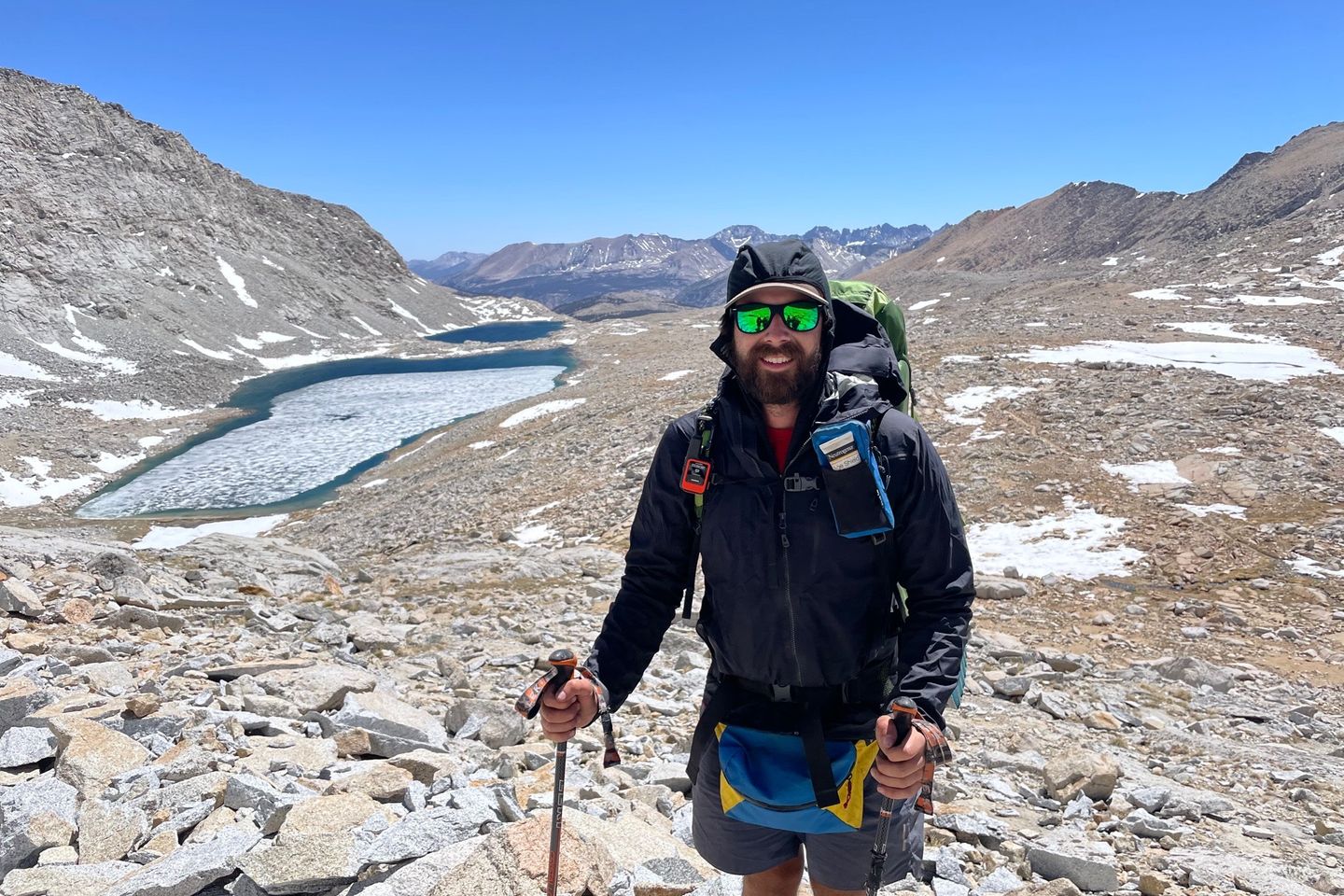 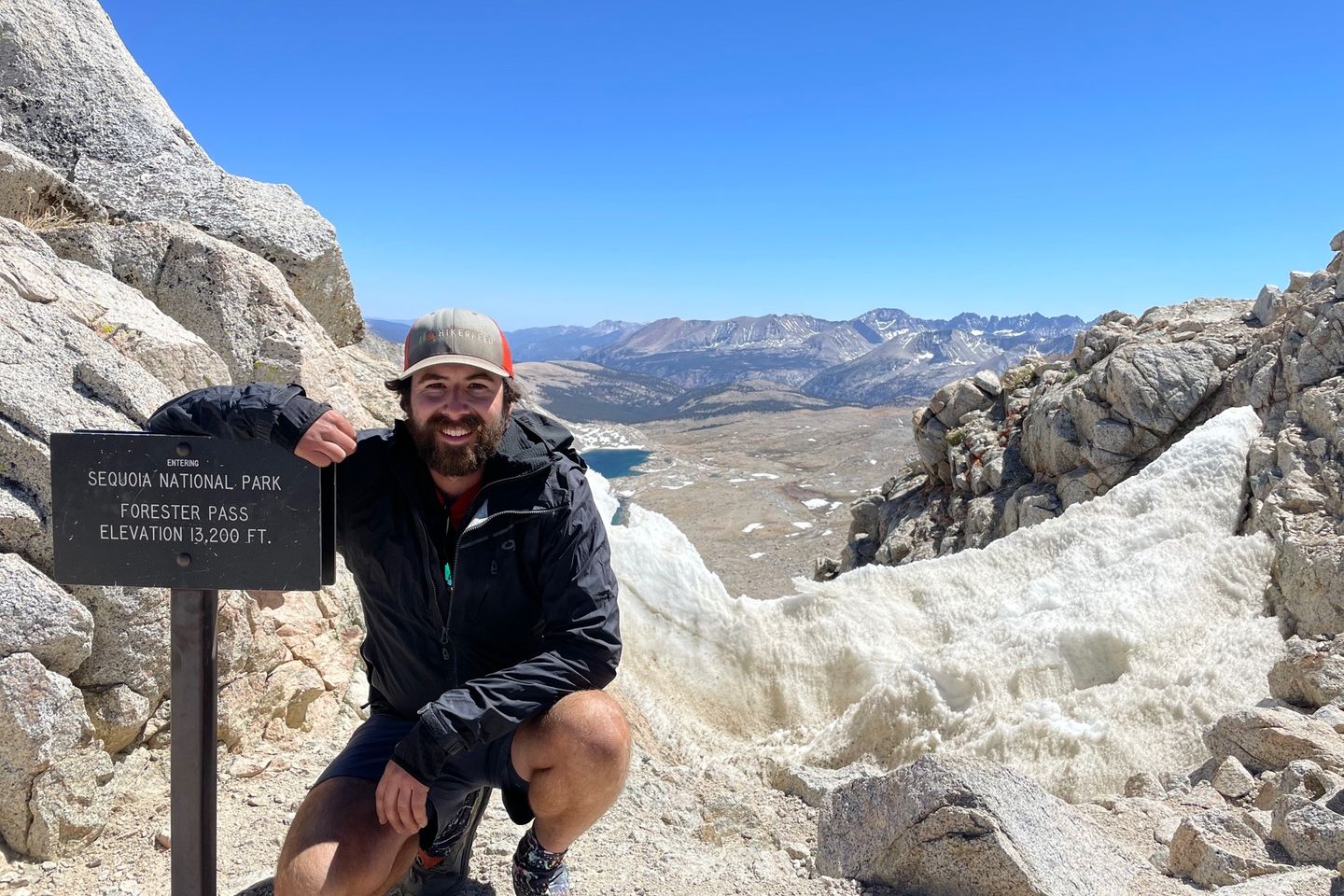 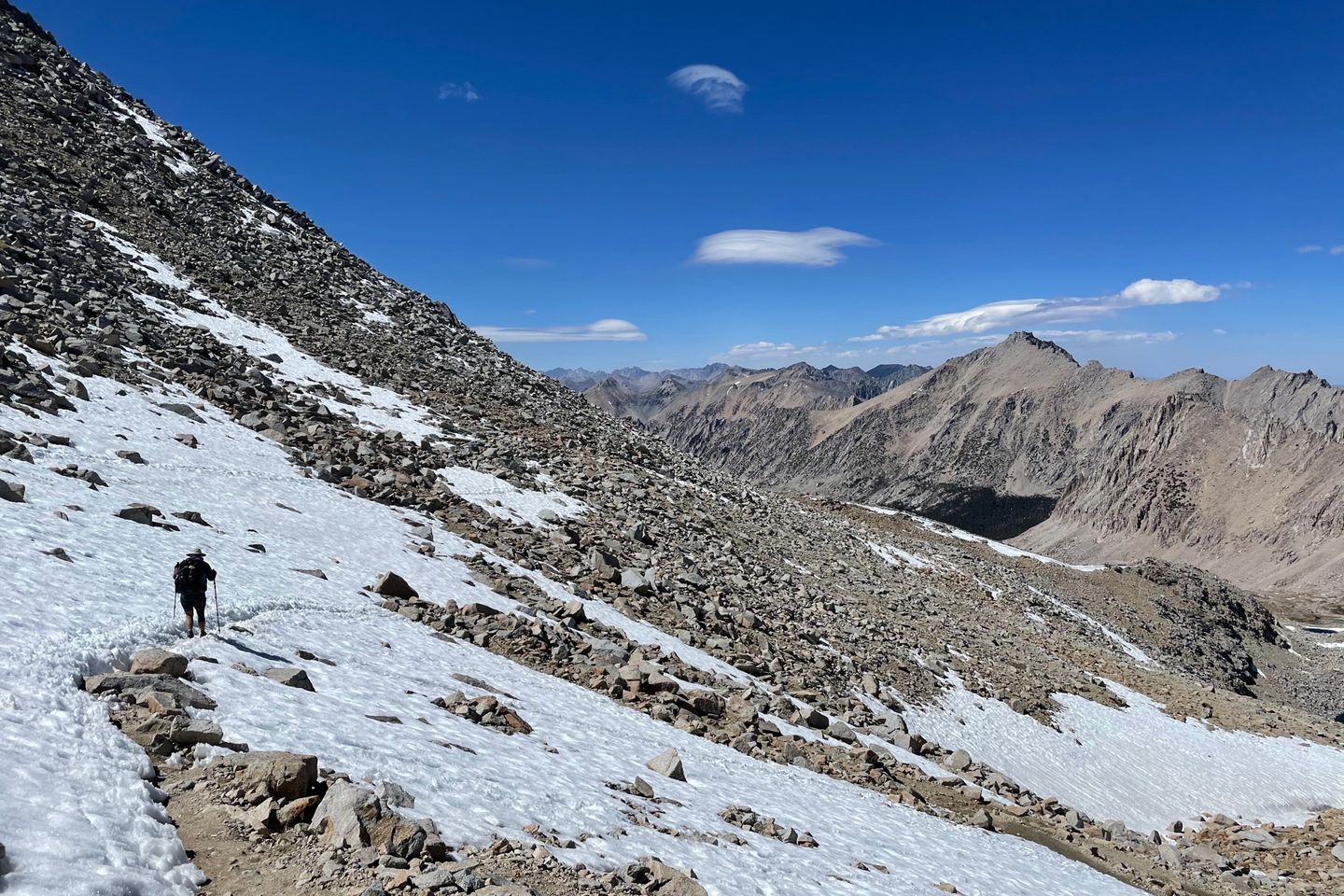 I’ve said this every day lately but today was definitely the most beautiful day yet. I woke up early to a silent campground. Most everyone there had gone to summit Whitney around 4am. Rugy left at midnight. I was a little concerned for her safety just because going to hike a dangerous mountain alone at midnight is...well...dangerous. Needless to say I heard from her and she’s fine.

I left around 7 and it was so cold. I took the mile side trail back to the PCT/JMT. There were some minor climbs but nothing crazy. Pretty quickly I started seeing views of the massive peaks around us. Every turn faced me at another set of peaks. It was gorgeous. The trail came to an open plain type terrain with no trees and it had clear views of the peaks and lakes around. I couldn’t stop smiling and felt in awe of the views. A bunch of JMT hikers passed me by and let me know Forester was all clear to pass.

Thin Mint, AB, and myself decided to meet and break about 8 miles in at the creek before we start heading to Forester. I was nervous to do this since I’d heard it was sketchy. I was thankful to have their company. I went ahead and waited at the base of the actual sketchy part. It was so cold and windy. The hike up was breathtaking. Clear creeks and turquoise ponds cutting through the alpine moss and grass were everywhere. I think this was the Marmot Kingdom since they were everywhere running about.

The others caught up and up the climb we went. It was only .9 but it was steep. To be honest, I didn’t feel winded at all somehow. Thin Mint led us at a slow and safe pace so maybe that’s what it was. I didn’t feel scared like I thought. Even the chute that is the sketchy part didn’t seem sketchy to me. Before we knew it we were over the pass. We celebrated and took photos. The views were beyond beautiful. We officially were in Kings Canyon NP and out of Sequoia. We looked down this massive canyon dotted with lakes and creeks and snow. I didn’t use my spikes on the descent and I didn’t need to. It felt safe. It was so windy and cold though so stopping wasn’t much of an option. The trail wound down into the canyon over boulders and past lakes and over creeks. It was so beautiful that I felt emotional and began to tear up.

About 4 miles down the climb I hit a wall. I think the altitude hit me. I sat and drank a liter of water and took one last break before heading to camp for the night. Even the last mile was gorgeous and filled with grassy meadows with flowers and creeks cutting through. I can’t believe I get to be out here.

We’re camping by a large creek tonight and the wind is some of the worst I’ve slept in. I was able to find some coverage in trees and some stacked branches. I think my tent will be okay. Or I hope so. It’s going to be a cold cold night.