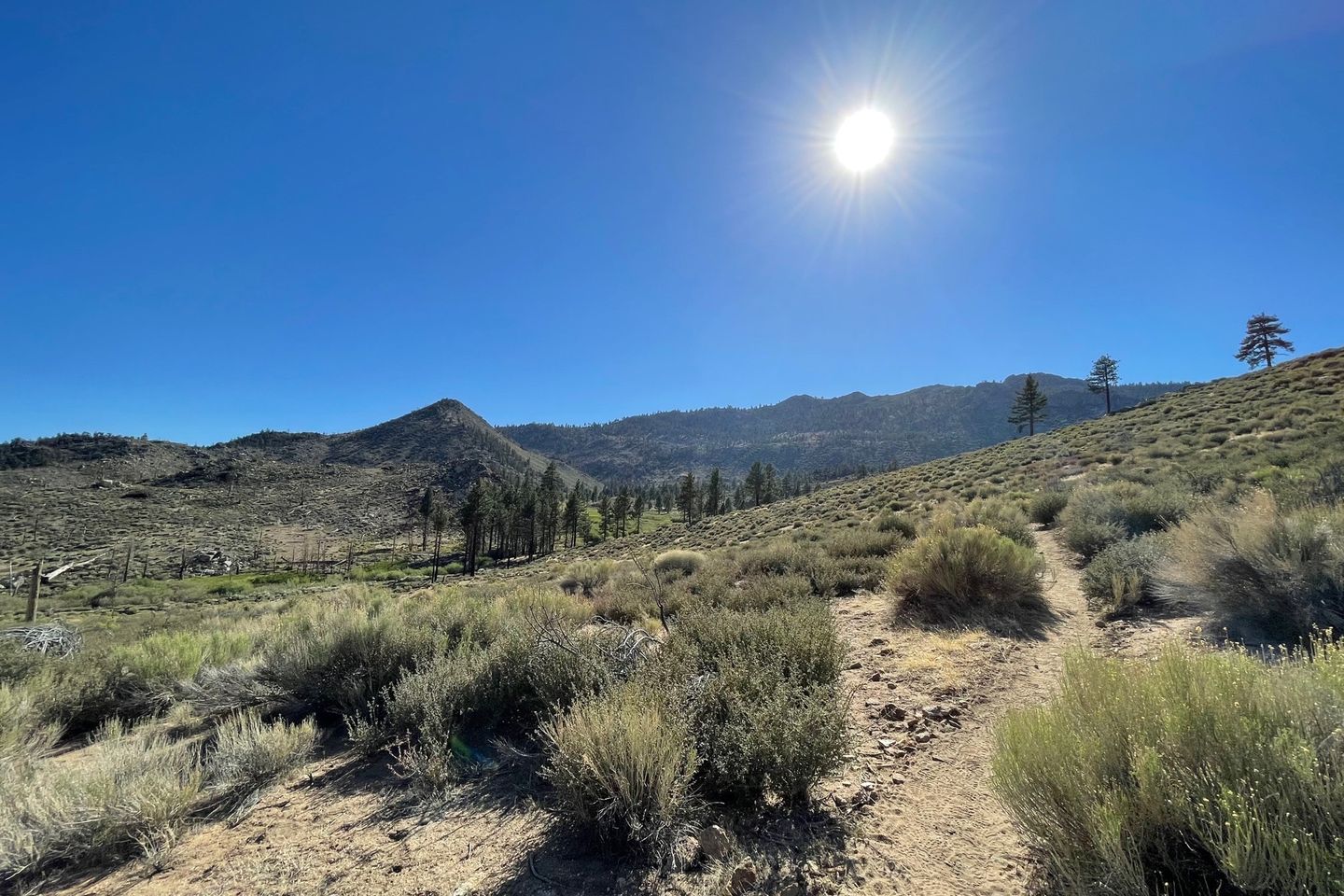 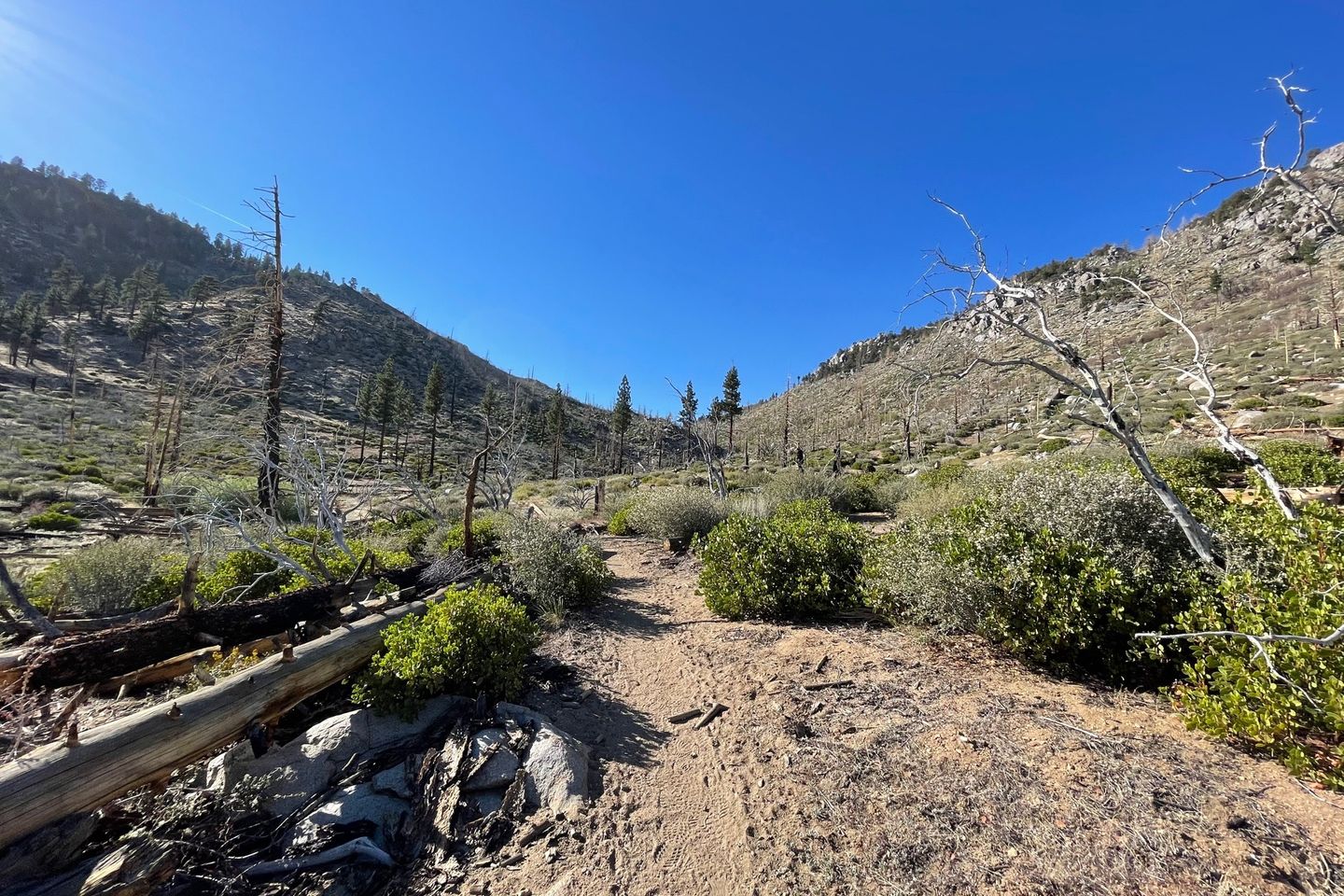 After getting to Ridgecrest we decided we wanted to do a proper zero in the hotel room and not have to go anywhere. We relaxed and watched mindless videos and movies and did nothing. It felt great.

The following day we got a ride to Grumpy Bear’s and hung out, went through our boxes, and got last minute gear for the Sierra.

I woke the next morning after not getting enough sleep. I ordered the hiker breakfast which was massive. It had the largest pancake I’ve ever attempted to eat. We charged last minute devices and headed out around 11:30 with Rangel, who’d given me a ride in Julian. Boujee, Arugula, and I headed out to the trail. It was sadly still like the desert. Flat, hot, dry, no shade, and full of sage. We started too late because it was way too hot. Our packs were so stupid heavy with the bear canisters as well. We were stopped about 2 miles in by the PCTA and we chatted and they gave us tips and took our photos. We pushed on and took a long break at a sandy beach along the Kern River. We soaked our feet and chatted and drank water and ate snacks and even took a short nap. We were trying to wait out the heat of the day.

We pushed on and it felt pretty tough because of how heavy my pack was. The climbs weren’t steep but they were consistent. We were in exposed burn area that just felt like the desert again. It went on forever. Finally, at the crest of the hike we started descending back down into trees. It was beautiful finally. We saw Thin Mint, Heather, and Clockwork. We were confused because we though they were 4 miles ahead of us still. They’d stopped there because they thought we were meeting the other folks there too. They offered us water but it wasn’t enough so we pushed on. We’re glad we did. We came to a gorgeous meadow shortly after leaving. We found a cold spring and flat places to camp. We watched a wonderful sunset while we ate dinner and chatted. It finally felt like we made it to the Sierra. The desert is over. All our hard work has paid off.