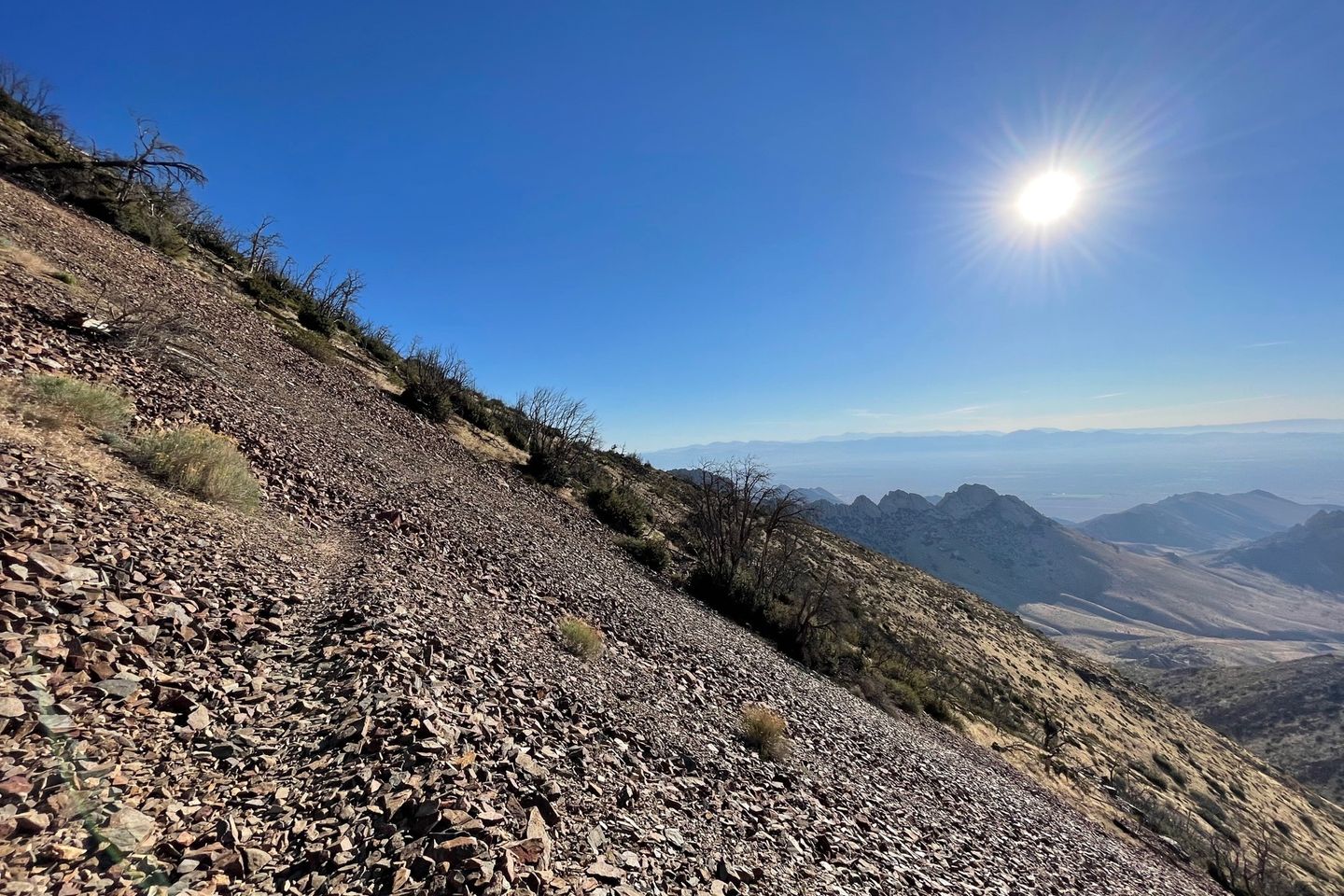 Today we tried to wake up at 4am but were too tired and went back to sleep until 5. We were out by 6. The day was already hot and I knew it would be a long one. We hiked separate and breaked together. I went down to get water at the Joshua Tree Spring and then came back to the trail. I knew I’d need far more water than I’ve been drinking.

The “small” climb we had coming up ended up being horrible. It was so hot and steep and with the sun all my energy was sucked away. We made it over and then stopped for almost 4 hours and took a long break. So long that Slayer, Sissifis, Frank, and Bill Nye all showed up. We dreaded the climb but finally got the courage to get up and go. We soaked our hair, hats, shirts, and buff and wrapped it around our kneck all with hopes to stay cool. The sun was super hot and the climb was steep but slowly it got easier and the sun was hidden behind clouds. We made it to the crest and it was like a new land was before us. Trees, greenery, rocky peaks, but mainly no more harsh desert. We high fived and moved on. We had like 8 more miles to do still.

The descent was gradual but long. We hiked together and chatted as the sun went down. We got to the creek exhausted and forced down dinner. I soaked my feet in the creek and washed my legs for the first time on trail. It was fantastic. Tomorrow we hit Kennedy Meadows!

Roger that, FG! See you in the Sierra!

I was there last night!! But I got a ride into Ridgecrest! So I did catch you but I didn’t know you were there!

I'm at Grumpy Bear's today (Thur, 3 Jun). Probably departing this evening for points north. You have almost caught me! Grumpy Bear's is terrific. The General Store is quieter though.