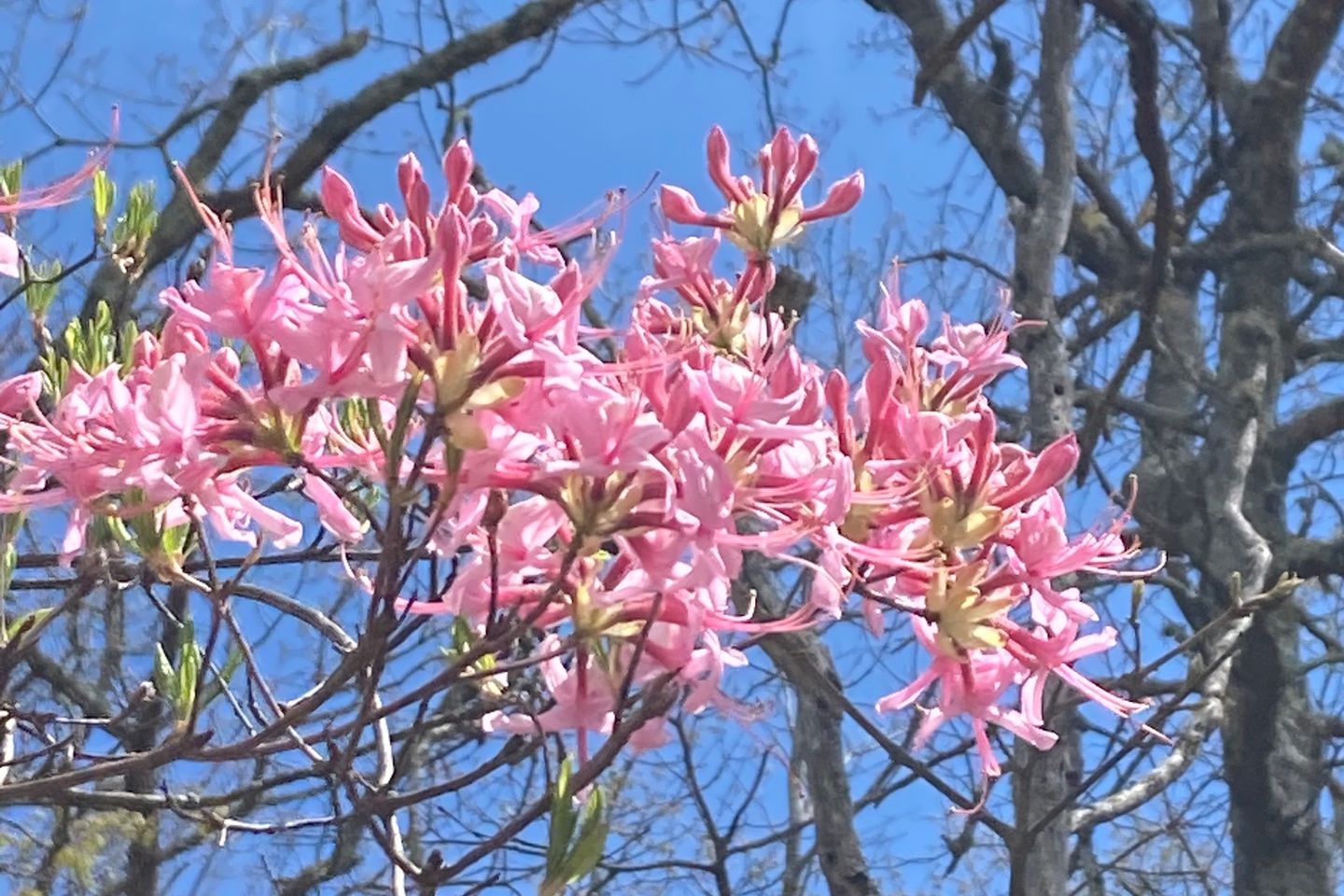 5/11/21 Overnight there were a few showers but in the morning it was clear but cool weather during the day weather was perfect but again relatively cool when you got out of the sun and high on the ridge when exposed to the wind. Took a 0.1 mile spur to sugar run mountain 4040 feet which had beautiful views when you got in front of the cellular tower. Again saw the most beautiful natural wild plant/tree the blazing Azalea in bloom. Saw a variety of other spring flowers again I need to identify them. Initially there were a lot of stream crossings but then the second part of the hike was dry. Got to Docs Knob Shelter Which looks like it was redone it is beautiful but I set up a tent. I read a report on gut hook that there was a rattlesnake right on the trail in the summer of 2019 so I’m on the lookout for snakes especially with piper but fortunately have not seen any. Passed a small pond which had a lot of sunfish in it and I hope that easy Rider got to go fishing there. Piper would’ve loved to of swam there but she had her pack on and I didn’t want to take it off and I’m concerned about her getting chafing behind her upper legs. Overall a good day hiking and tomorrow heading to Pearisburg To stay in a hostile predominantly because the next potential place would be a week away. Need some re-supplying but I still have a lot of food. The hike is is only 8.4 miles and I believe they will pick us up.The gentleman who I photographed with Piper is called the professor. We frequently see him and piper likes him and he likes Piper. He is not a professor I believe a retired electrical engineer from Ohio