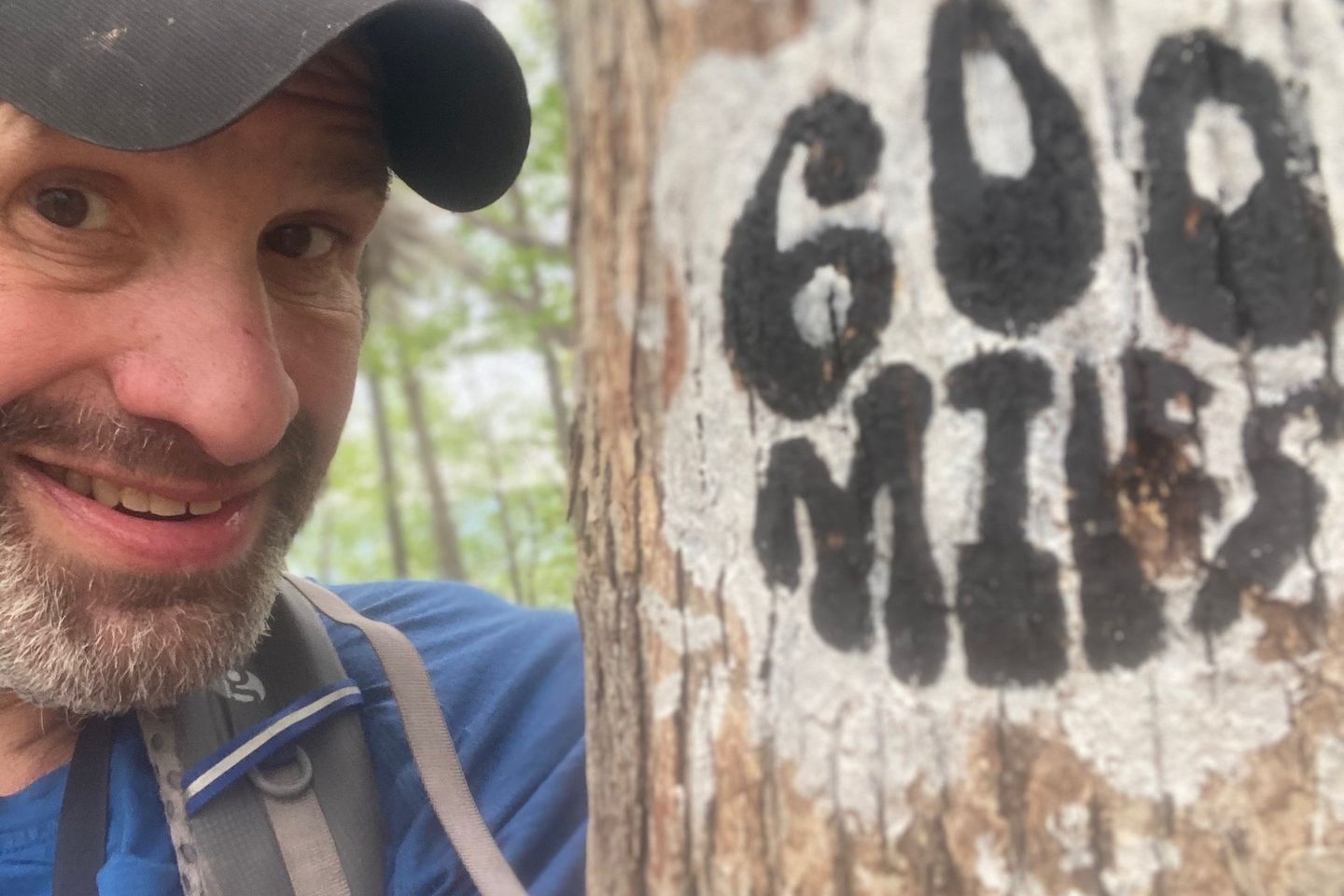 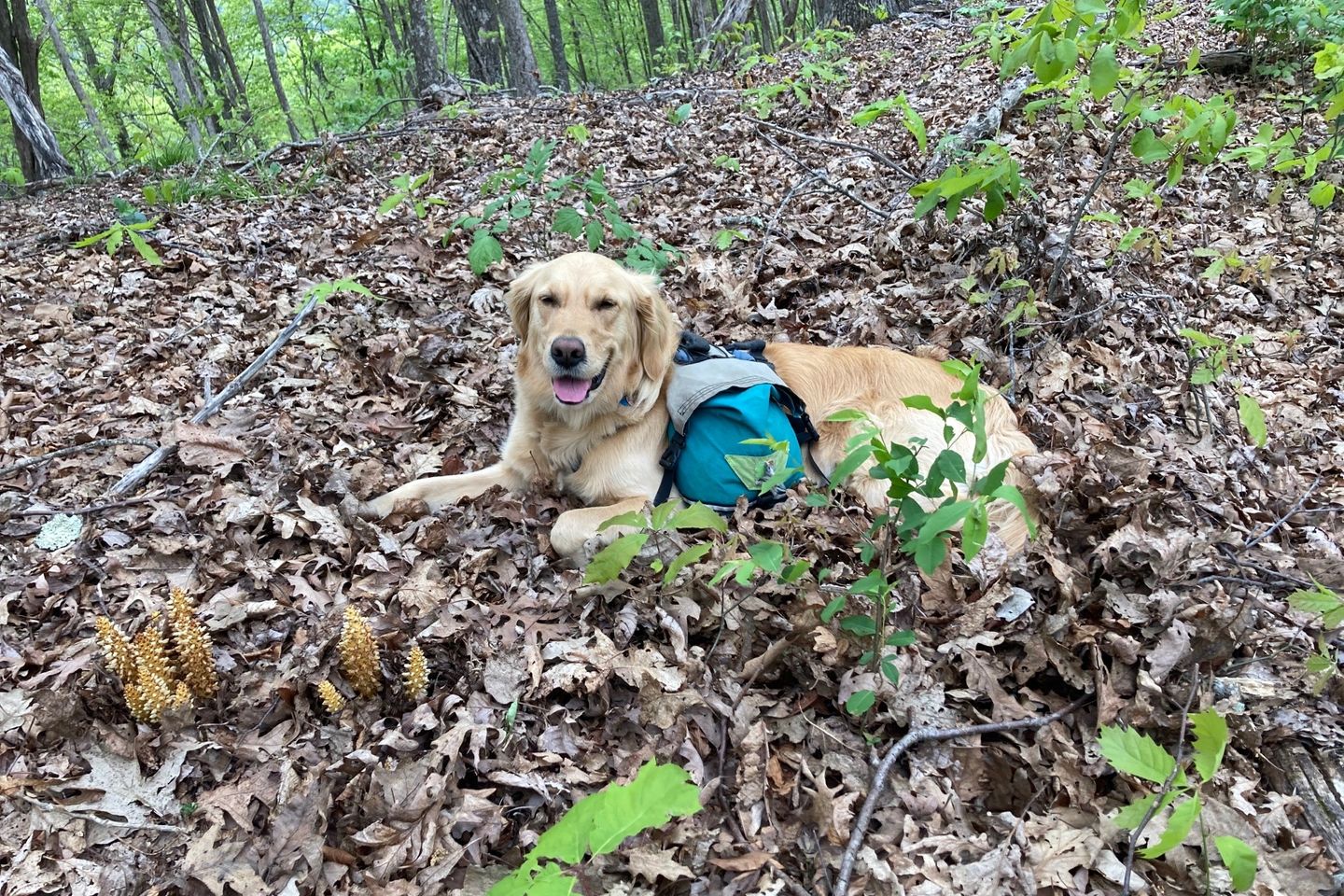 5/9/21 Overnight no issues. Needed to make arrangements for resupply. Pearisburg,VA is a common spot but is only 45 miles away but the next spot is 110 miles and that is quite long. So decided on a night at the Angels Rest Hiker’s Haven.Mile636.1 They have a 25 dollar bunk where Piper and I can stay Wednesday night and resupply take a shower and do laundry and than at mile 704.6 stay at the 4 Pines Hostel in a “3 bay garage with a shower in Catawba, VA. Sounds scetchy. Today’s hike was easy relatively flat no rocks in fact you could say rather boring. Initially sunny than cloudy with wind and warm temps. Area is dry which is unusual. No water between shelters except one stream had a few pools of water that looked clean and Piper drank from them. Carried as much water as I could. Got to the Jenny Knob Shelter mile 603.7 and they had a running stream so stocked up. It began raining so set tent up then it stopped than started pouring and got windy. For excitement on the trail passed mile marker 600.Texted Hannah a lot about plants I saw. Found Chicken of the Woods but I’m certainly not cooking. Saw Sassafras which I recall seeing a lot of in the woods in Maryland but doesn’t grow in central NH or in the mountains of NH so it was nice to see. Took lots of pictures of trees to identify hopefully at some point on iNaturalist. It’s a great app. Again I wish I was hiking with a naturalist who could identify all the different trees and plants.Piper is off leash most of the time and is doing better every day. Knows the routine of the tent and barks at people less often. Happy Mother’s Day called Michele she is having dinner in Bedford with Hannah and Sarah. Called my dad and he is over Paula’s house and spoke to Sandy.