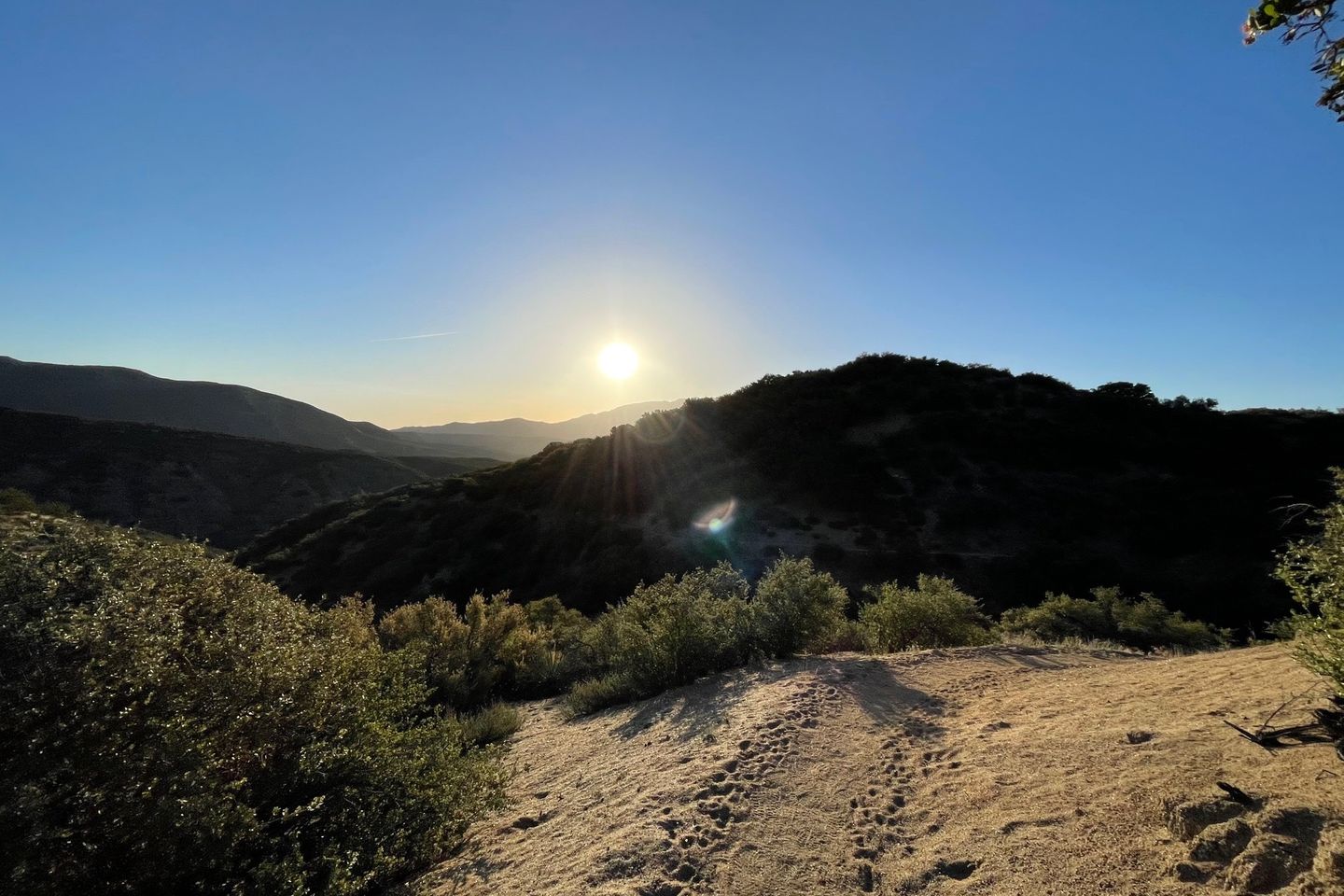 Today I woke up at 5am and ate a quick breakfast of bars and moved on. Left camp right at 6 again and moved nonstop until I hit the road. There were a few climbs that felt like the steepest we’d had yet but still felt like nothing in comparison to the AT.

I made the road by 8:15am and walked down to the Paradise Valley Cafe where I ordered a burrito and a pancake. The burrito came out and it was by far the largest I’ve ever seen so I realized I didn’t need the pancake. Needless to say, I ate it all.

Thin Mint and Rachel (now Boujee) showed up for breakfast and to pick me up. They brought me into Idyllwild and we went to Boujee’s brother’s cabin. They both joked about how bad I smelled but I’m sure it was only a joke. I haven’t showered in 8 days and haven’t done laundry since before I started the trail so I’m sure I smelt fine.

We hung at the cabin and did a few errands and then had a large pizza with salad that Boujee made. Though I wish it was a zero I feel like it was a good nearo day instead. I’ll take my first zero next week.