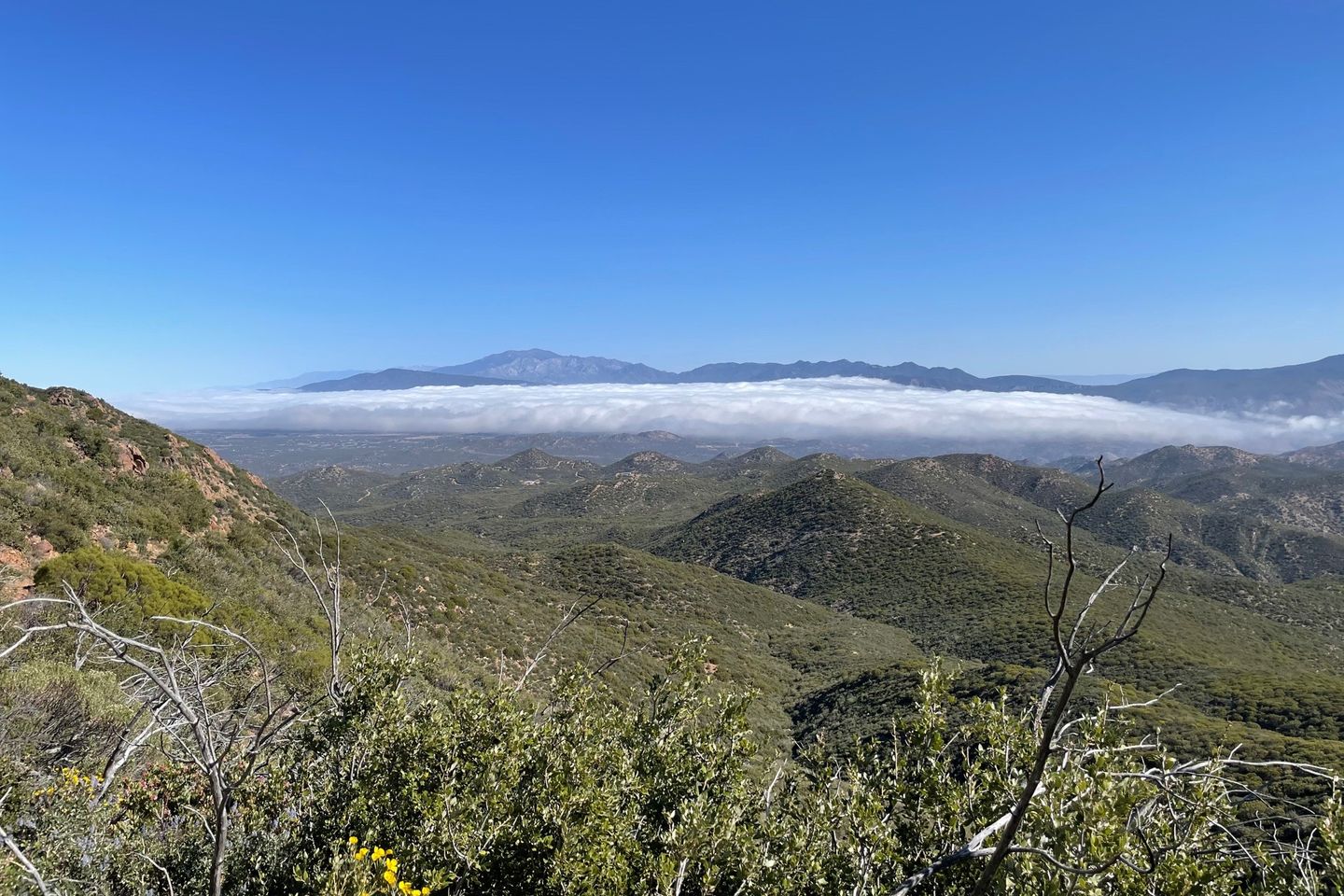 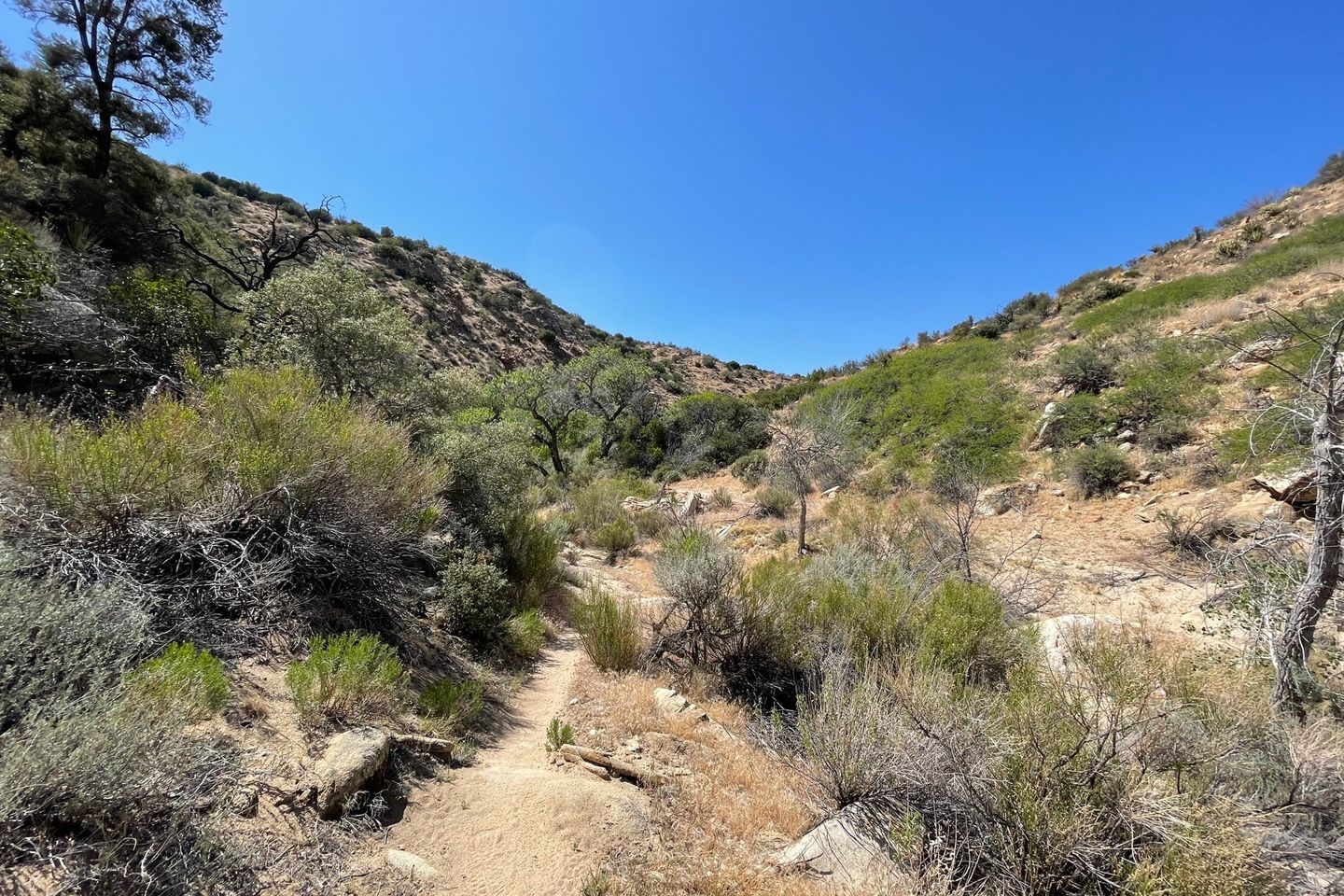 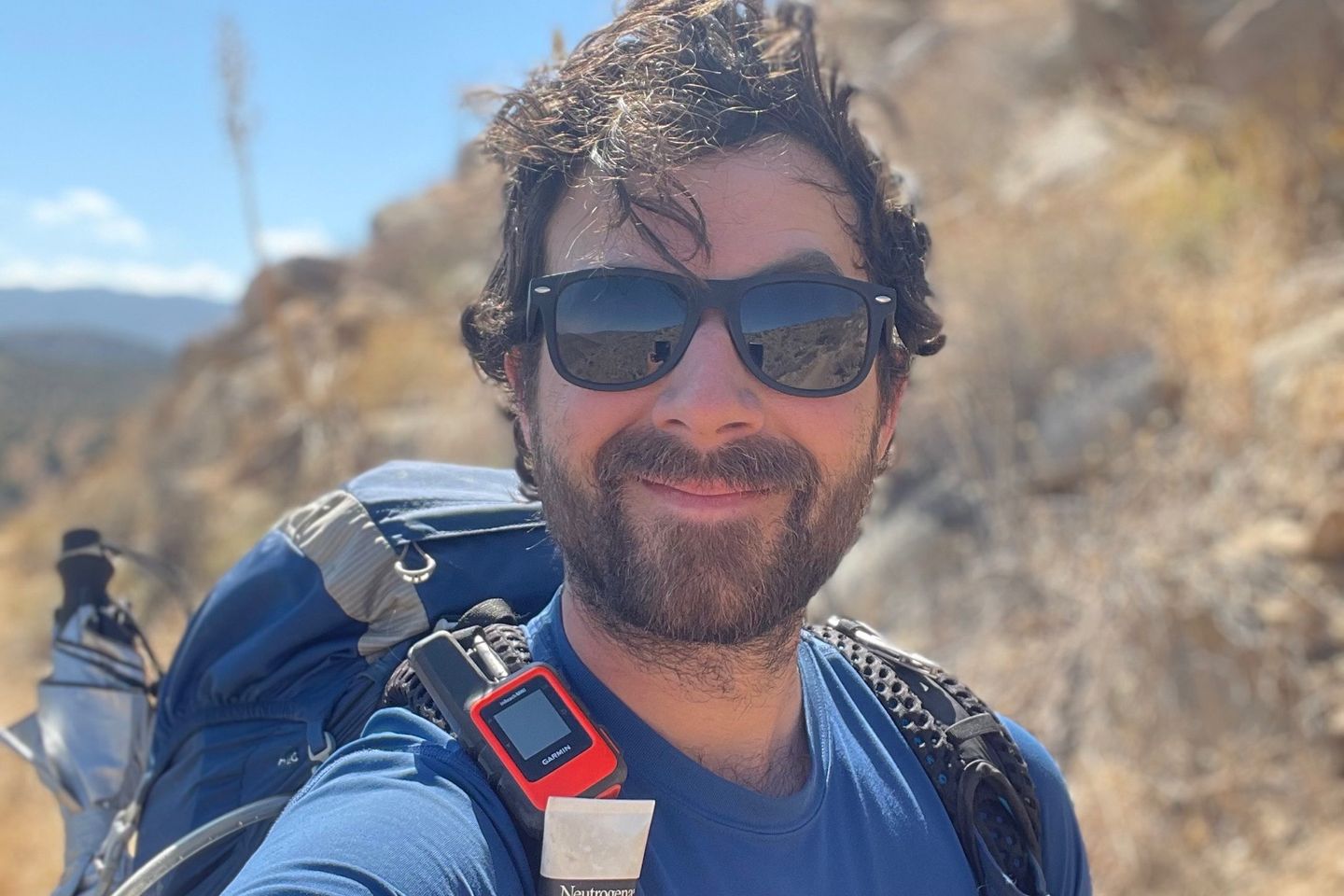 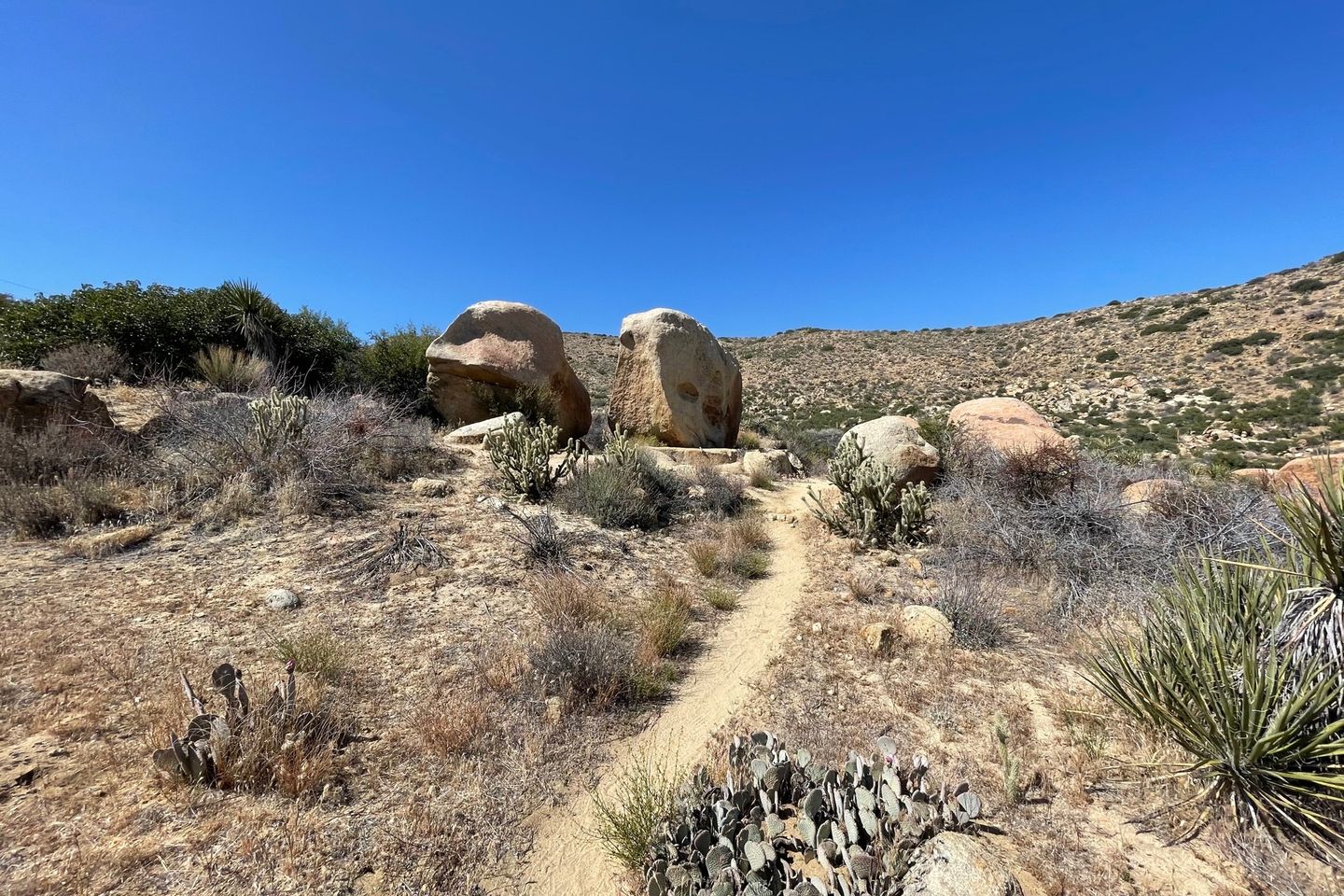 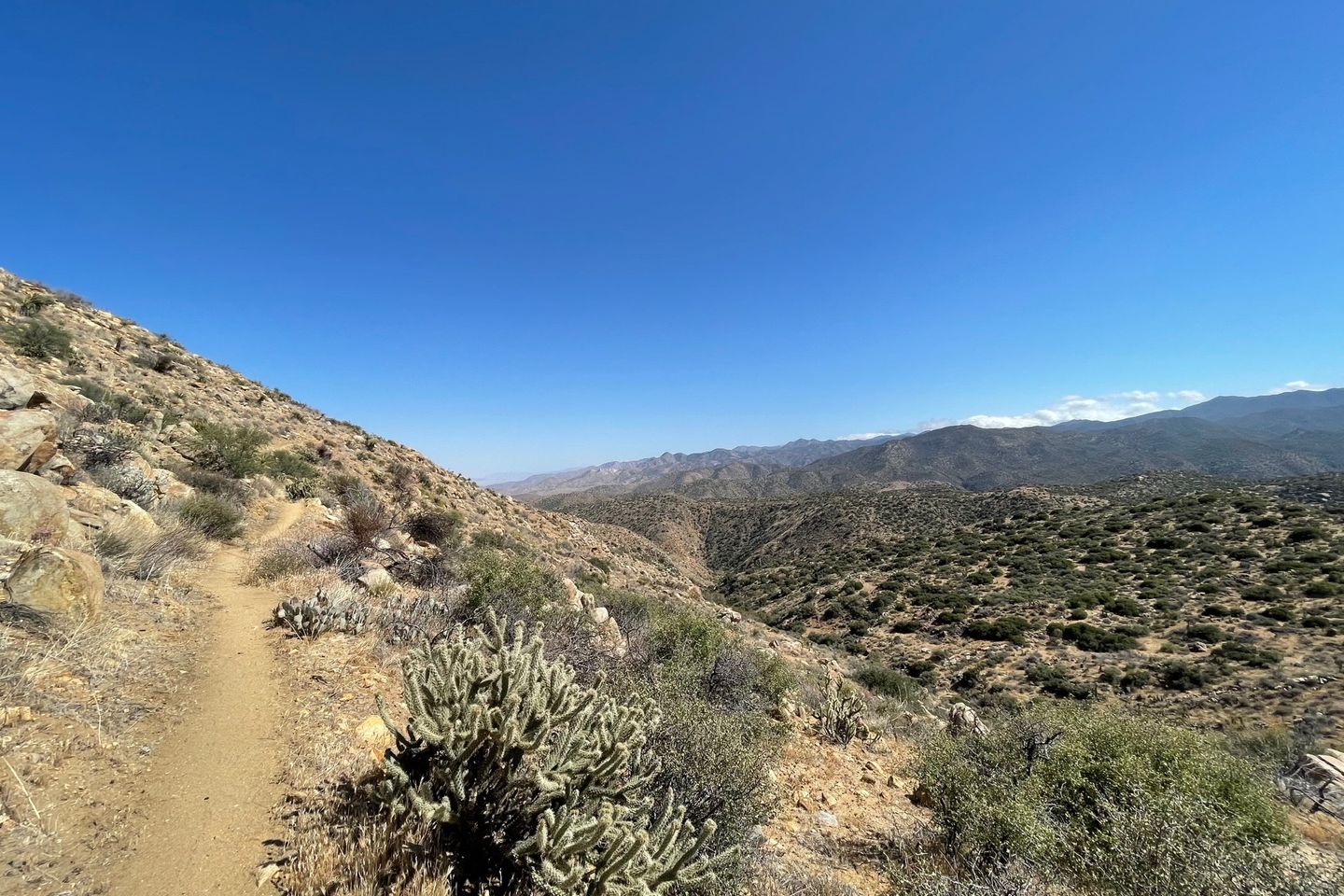 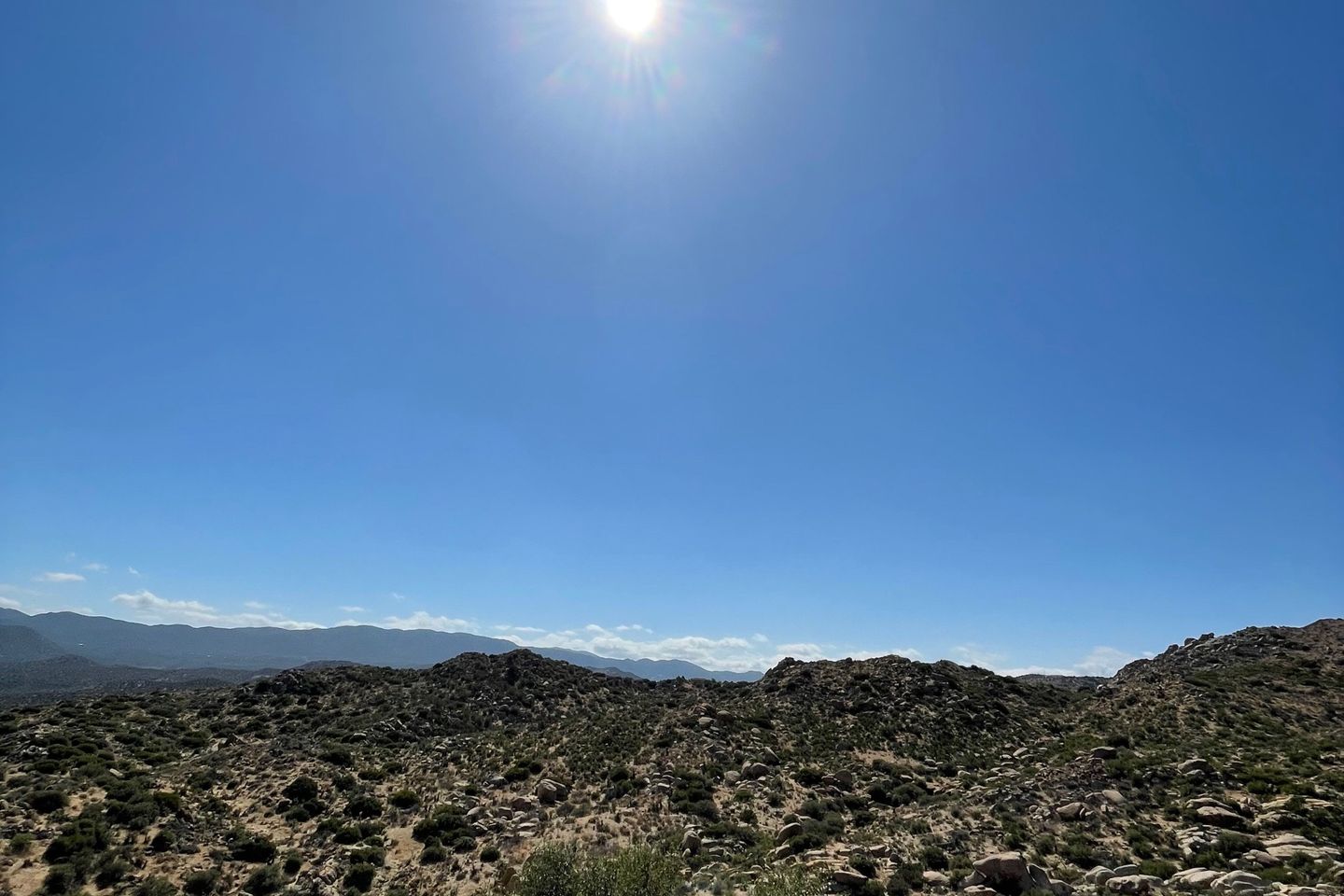 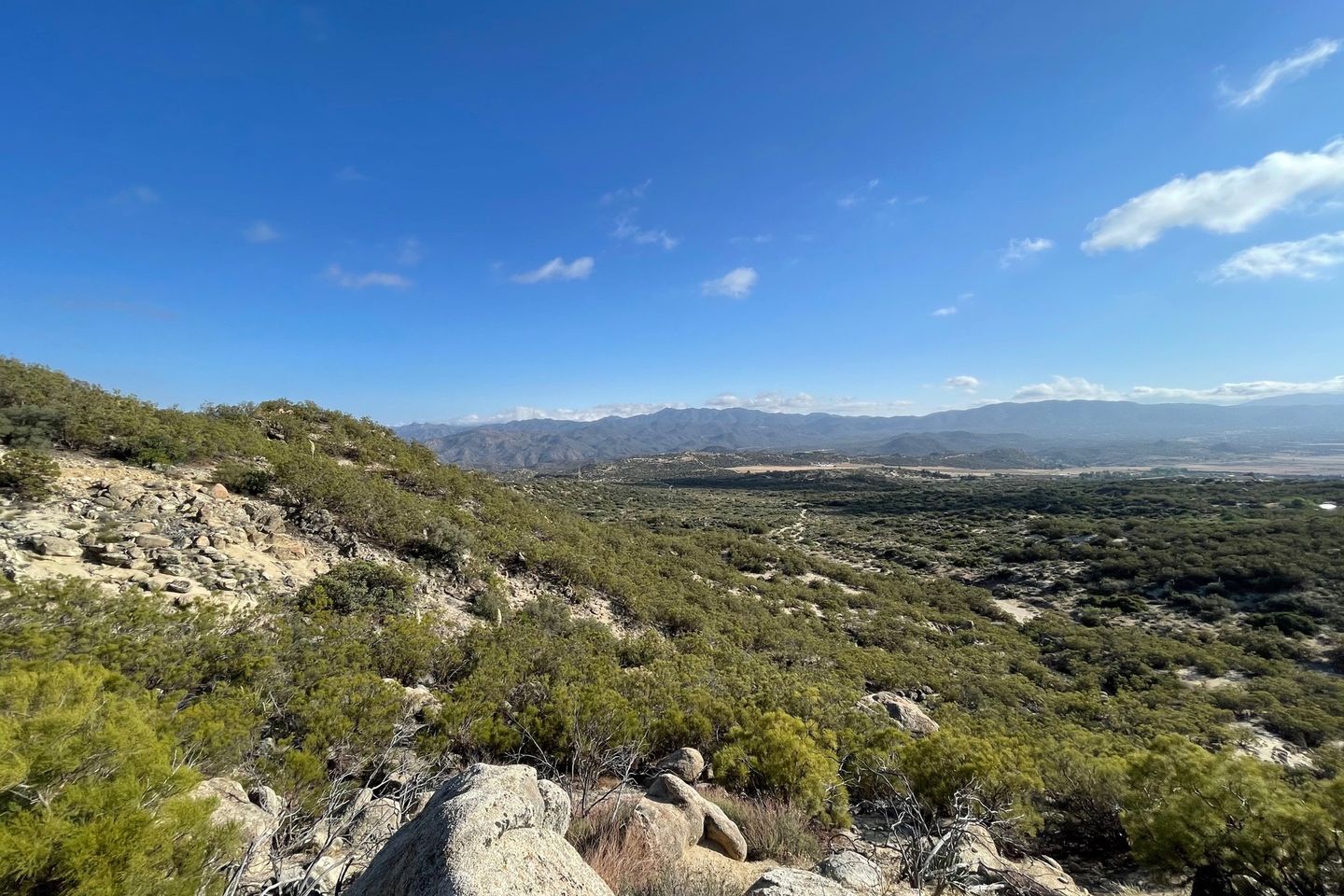 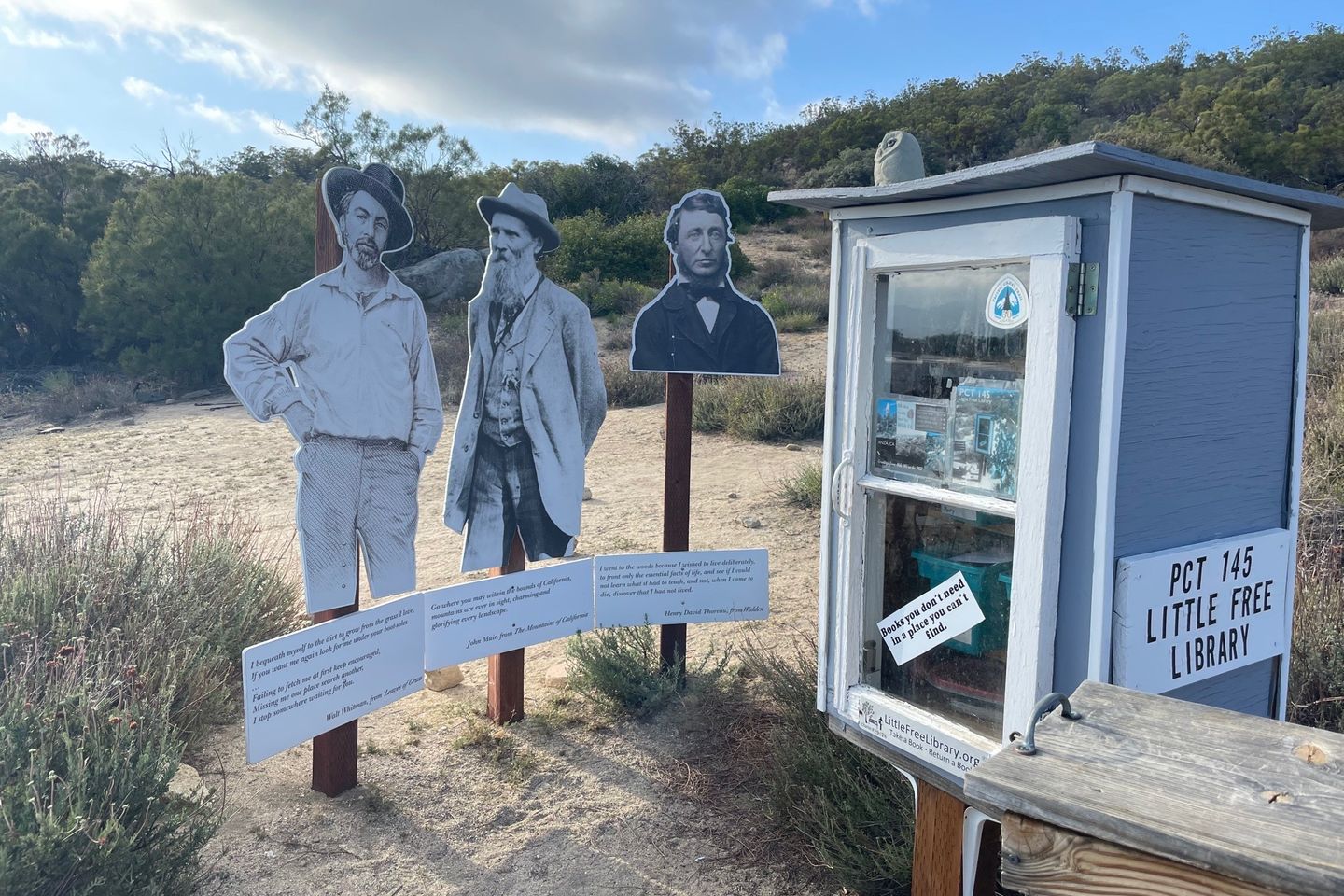 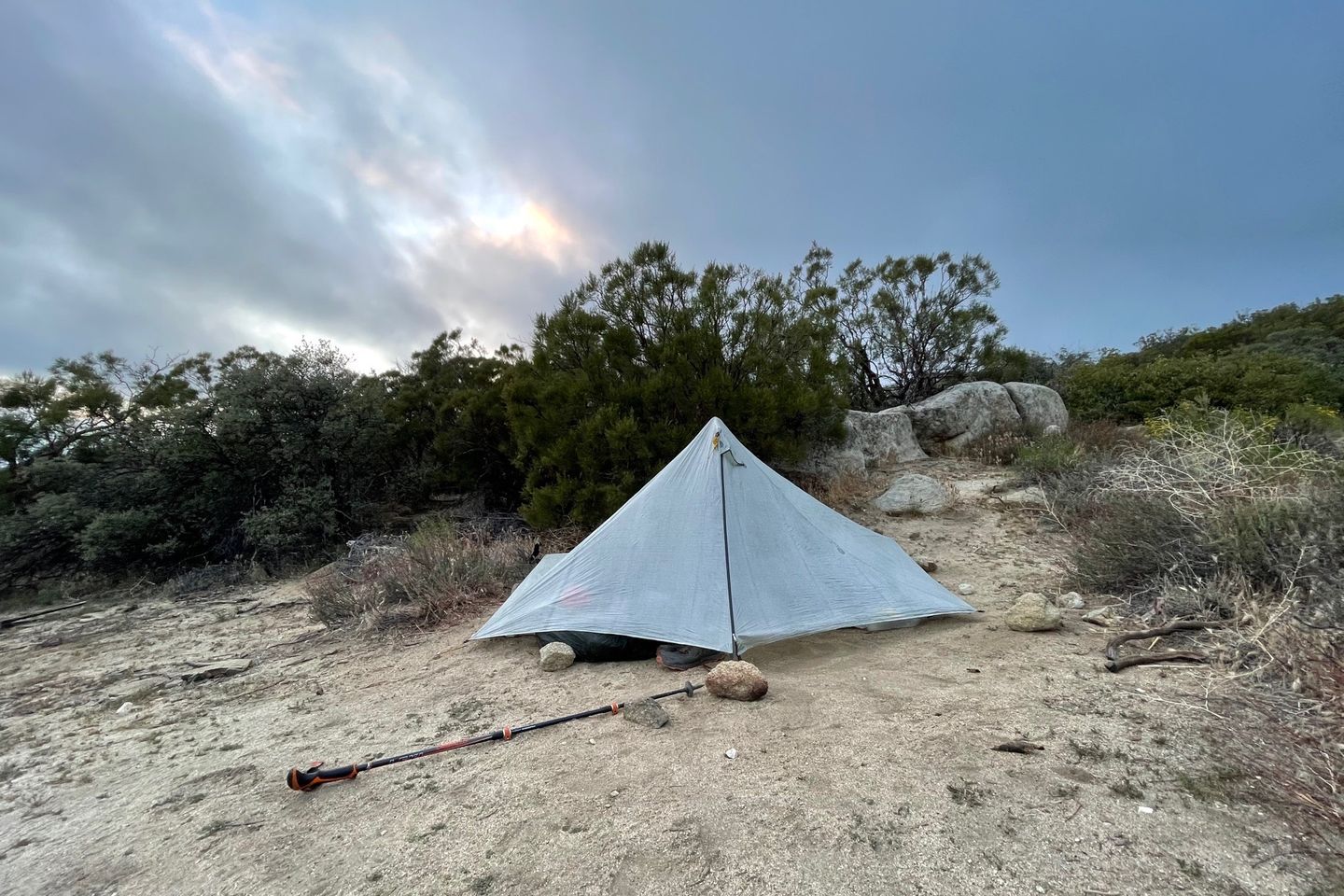 Today I got a later start than planned after an extremely windy night and a poorly pitched tent. My alarm was set for 6 though I thought it was 5 but it worked out well because I desperately needed sleep. My knees and feet felt fine after elevating them all night and wearing compression socks. Everyone was still at Mike’s just waking up too. I broke down my tent and packed up and went to cook some breakfast on the side of the house. I was informed that pancakes were being made and so I had greens and pancakes for breakfast.

Haus left before me but everyone else was after me. The only water of the day was 18 miles ahead. I carried 4 liters of water after drinking one. The morning was cold and windy but beautiful. A thick fog sat over the valley below us. I could see San Jacinto in the near distance which I’ll summit next week. It was nice to hike alone and break when I wanted. I planned to break at 5 mile intervals and I I did. I leapfrogged with Heather, Sabrina, Electrolyte and the other guy from Oregon whose name escapes me. The climbs were long but I still don’t think that bad. I was ahead of everyone and climbing each switchback fast, or it felt so to me. I had a bit of a runner’s high and kept pushing.

I breaked for a bit and a couple guys passed me I heard lots of gunshots. As I walked I saw a trailer and a man who screamed and again shot a gun 6 or so times. I moved very quickly and nervously. I know he was on his property and I was not but it was still scary. When I met up with Electrolyte and the Oregonian they were hunkering down saying they thought they were being fired warning shots at. I went ahead and kept hearing shots. This time I swear I heard them zing by and ricochet off rocks near me so I ducked. I was going to call the police but had no service.

I was in sight of the gunshot guy for quite a while so I pretty much jogged down the trail until I was out of sight which took forever and I was panicking since I could see a man in a red shirt in the distance who was the one shooting his gun. I had no idea if he could see me but only assumed.

My goal today was the water tank stocked by Mary, a trail angel. I arrived to see the other Forrest (that’s his real name) and he told me we had food being cooked. Sure enough Mary who stocked water was here in a camper and cooking for us. She made me eggplant, rice, and salad. Then came back and offered us lots of pie which we all ate. It was Heather, Sabrina, Forrest, and myself. It was really nice way to end the day. Tomorrow I’ll hitch into town and hopefully get that cabin from Rachel.

That’s what I’m saying! I really hope I can avoid encounters like that for the rest of the trail.

Wth? That had to be a harrowing experience...

Selfie! 😄 Also, that’s very aggresive and scary lol very glad you made it outta there!