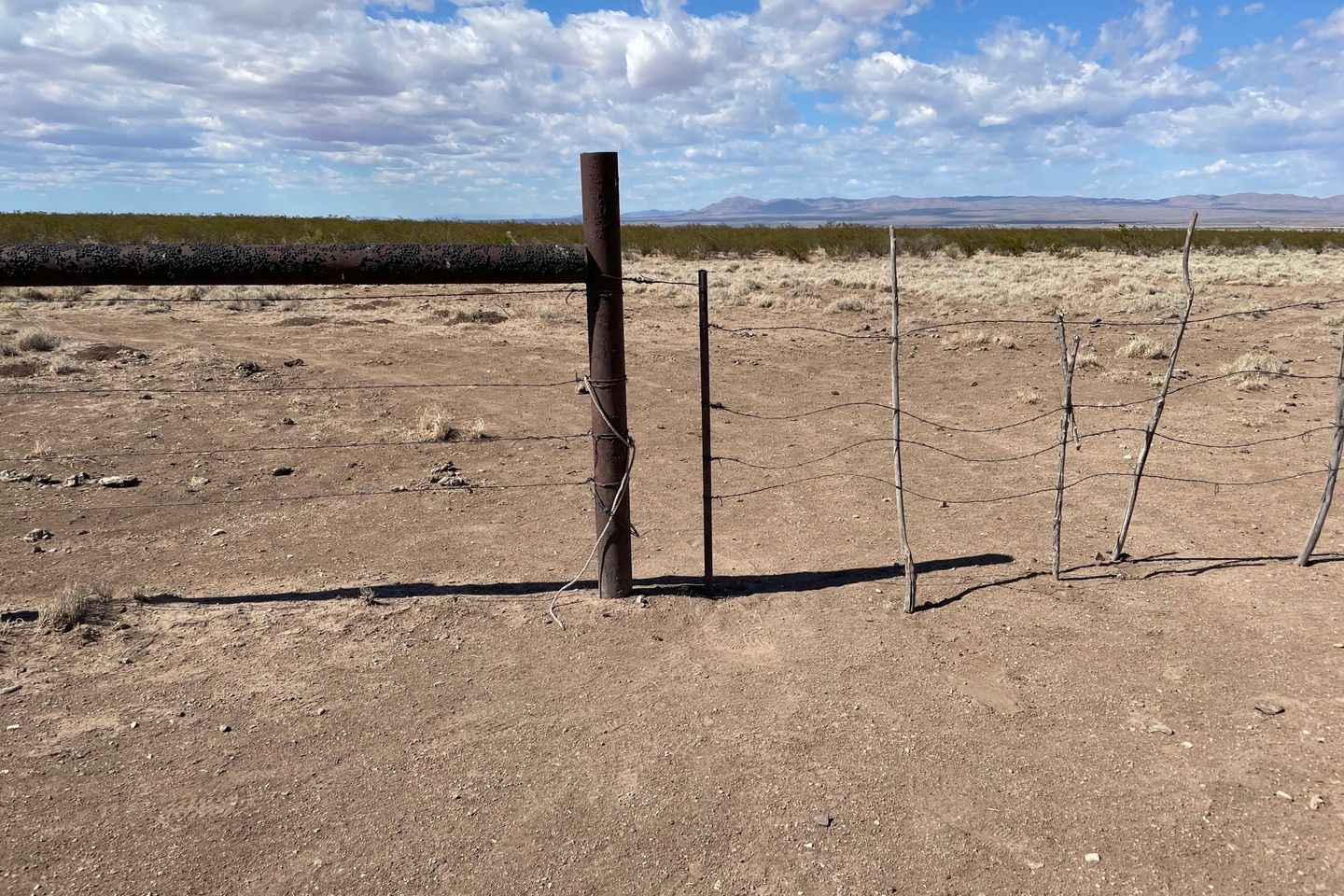 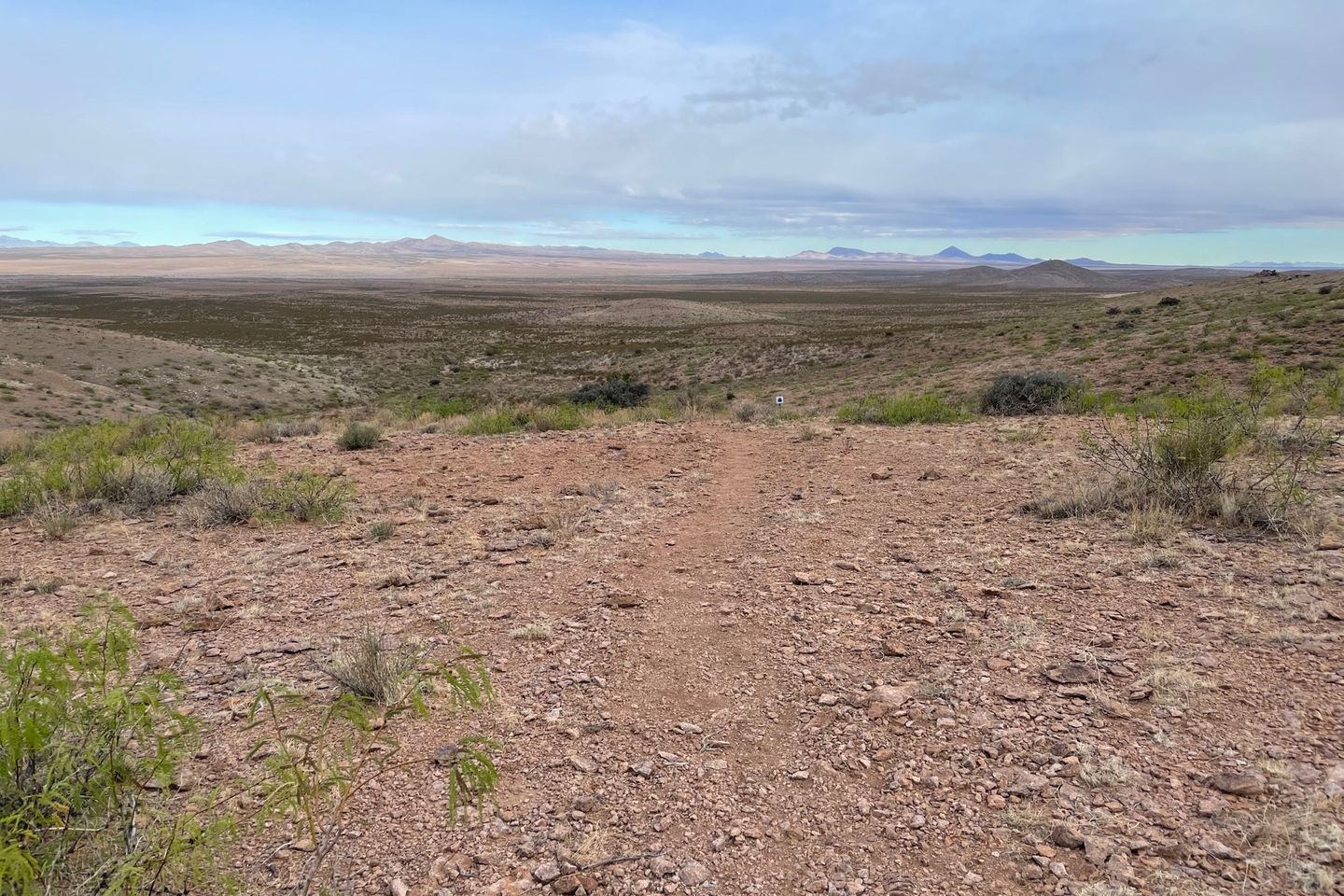 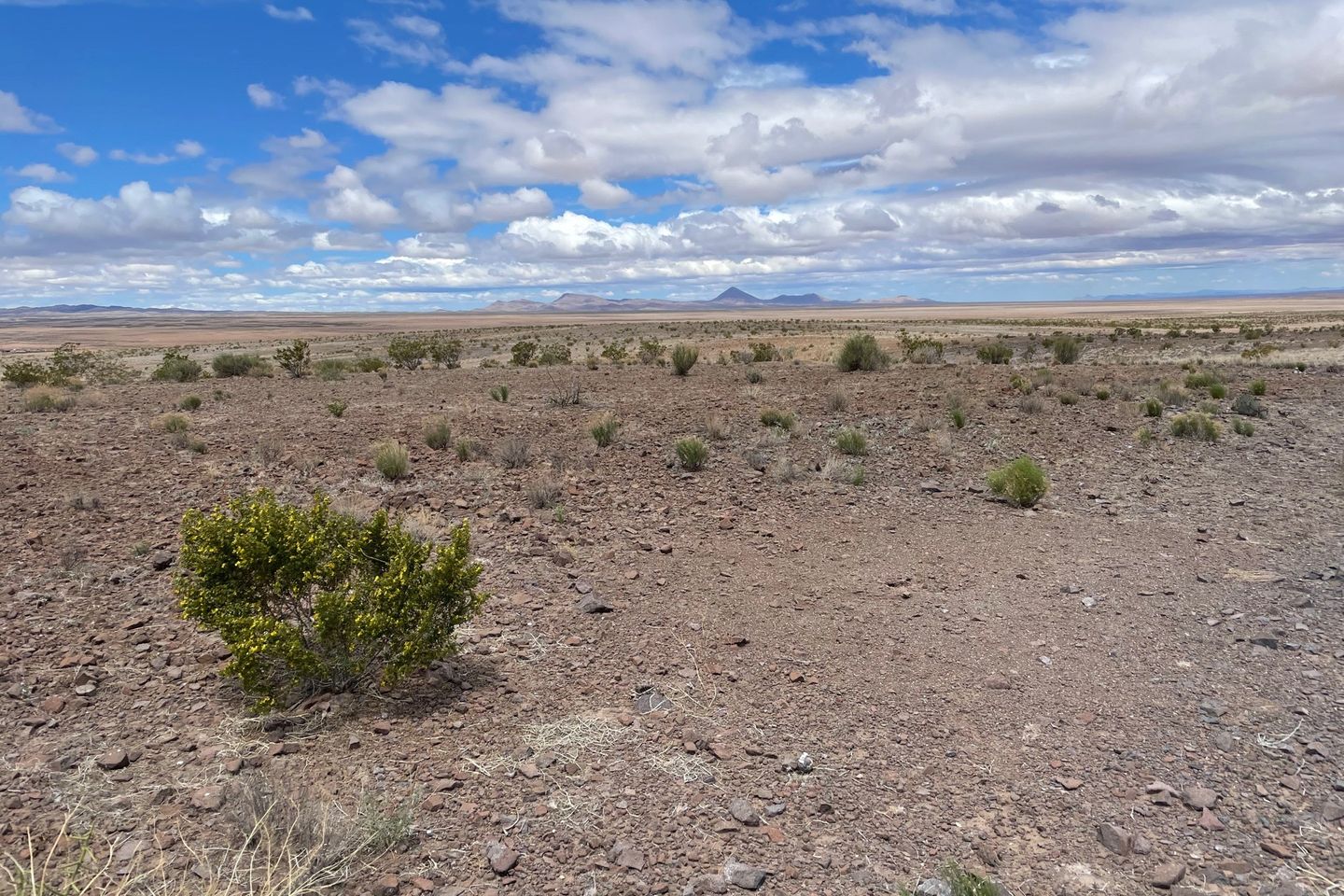 A day of variety. I got up early and started hiking before Roadkill, Abigail, and Kitty, expecting them to pass me during the day. Only a little dampness on a couple of items from the rain last night, so no problems. I had set a goal of reaching a good water tank source at about 19 miles.

The morning started cloudy with almost no wind. We had camped in a hilly area, so the trail was winding with short ups and downs. Several miles from camp I heard then saw a Border Patrol helicopter flying and hovering very low in a valley ahead of me. He made several vey low passes in a particular area, then left. There were no ground vehicles seen nor did I see anything when I reached the spot. Maybe just training; there is a Border Patrol training facility nearby.

The terrain was really varied throughout the morning. Several hours into the day a hiker passed me that had started a day after me. He was moving fast. An hour later a another hiker we hadn’t seen passed me going even quicker. She will be half way through Colorado by the time I finish New Mexico at that pace! About the time she passed me the wind started picking up and occasional rain drops could be felt. No obvious downpours around me, just a few persistent drops.

I reached the next water cache seven miles in. It was 52 degrees with a strong steady wind so I put on my wind jacket and hid behind the cache box to eat a snack. Since I was near a paved road, I tried and found I had service! Of course I called my wife for a couple of minutes and my oldest son. That was cool! I could not see my unofficial hiking buddies behind me on the trail so pressed on.

The terrain changed dramatically literally crossing the road, from hilly and rugged to just mostly flat and arid. The sun came out too, but the wind kept on blowing. Across the flat valley I could clearly see Pyramid Peak which is a navigational landmark on this section, since the trail eventually goes through the valley to the west of it. Good news for navigation, but also morally depleting since it felt so far away.

Then something literally magical happened. I first saw a white SUV parked on a low rise about a mile ahead. Odd, but there are dirt roads around the area. Then I came across a small sign saying there was trail magic ahead, hikers welcome. Here in the middle of the desert? Sure enough, several hundred yards later I saw a man standing next to a small hexagonal framed shelter waving at me. Pinch me, someone. His name is Apple, from Ohio. He loves to help hikers as a Trail Angel on the Appalachian Trail and the CDT. The framed shelter he sets up is meant to attach some fabric to for shade, but with the wind today that would become a sail. So we sat in lawn chairs in the desert in a small hexagonal dome, bufetted by the wind, eating a small packaged apple pie, drinking Gatorade, and chatting about life. Amazing! Apple well deserves the title Trail Angel. What an uplift. THANK YOU APPLE! I found out this was his last day here. He was going to travel a little and go to Colorado to do the same thing in July on a section of trail shared by the CDT and Colorado Trail. Hope to see him again.

Re-energized bodily and spiritually, I took off again across the now mostly flat landscape, with Pyramid Peak in sight. But the trail doesn’t aim straight for the peak, taking a more northerly course before turning northwest towards it. Even with this seemingly easy setup, the CDT reared its head again with some sections well worn and/or marked and others not.Though flat, there were areas with more high plants that made it hard to see the next marker, when there was one. Multiple times I found myself off trail and correcting back. With the flat terrain the corrections were easy, thankfully. It is hard to describe how easy it was for this to happen, and it happened repeatedly this afternoon. As before, it was obvious others had made the same or similar mistakes from footprints I was following. They would all merge back together at an obvious sign post or fence crossing.

Fence crossings. There is something I haven’t talked about. Since they were more numerous today, here is my chance. Since this is cow country, there are fences, and the trail crosses them. There are one of three varieties. The first is a gate, which ranged from a professionally installed one with hinges (only one I saw like that) to the more common large sticks strung together with barbed wire, held closed with a loop of wire put over the top of the last stick. The next, and more common so far, was a sort of turn stile installed. This consisted of a narrow path at an acute angle that cows could not navigate. The problem was that due to the narrowness and the barbed wire you still had to take off your pack and either drop it over or hold it over your head. The third kind of fence crossing is everyone’s favorite — no gate at all so you roll under or hold wires apart and crawl through. More CDT fun.

I have used a lot of words, so quick summary for the rest of day: trail turned west, sunburned face, excellent water tank at 69.5, still no Road kill, Abigail or Kitty, pushed on to camp at 70.4. Could see Interstate 10 and some lights way off along with a very distant train noise when calm. Civilization near.