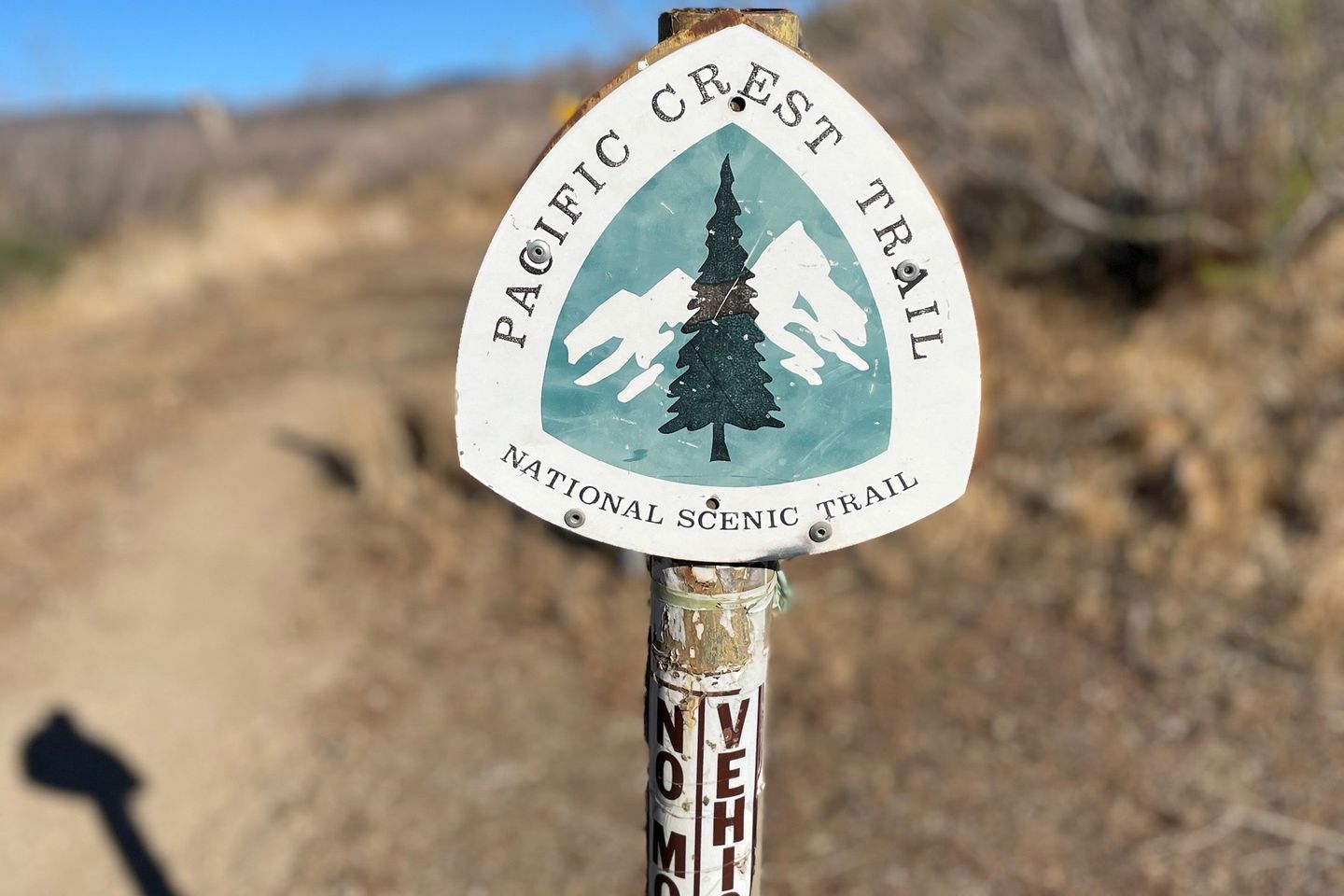 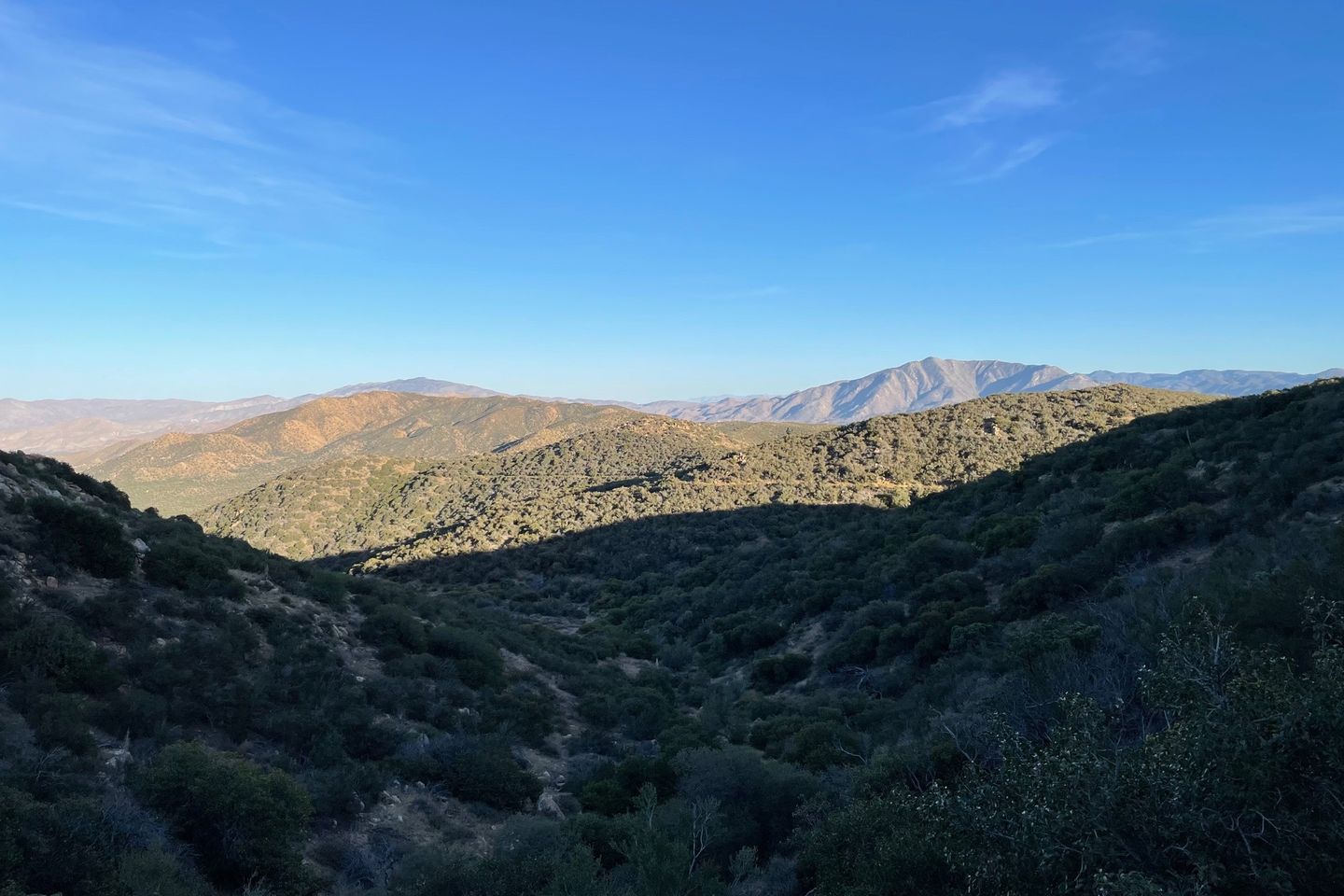 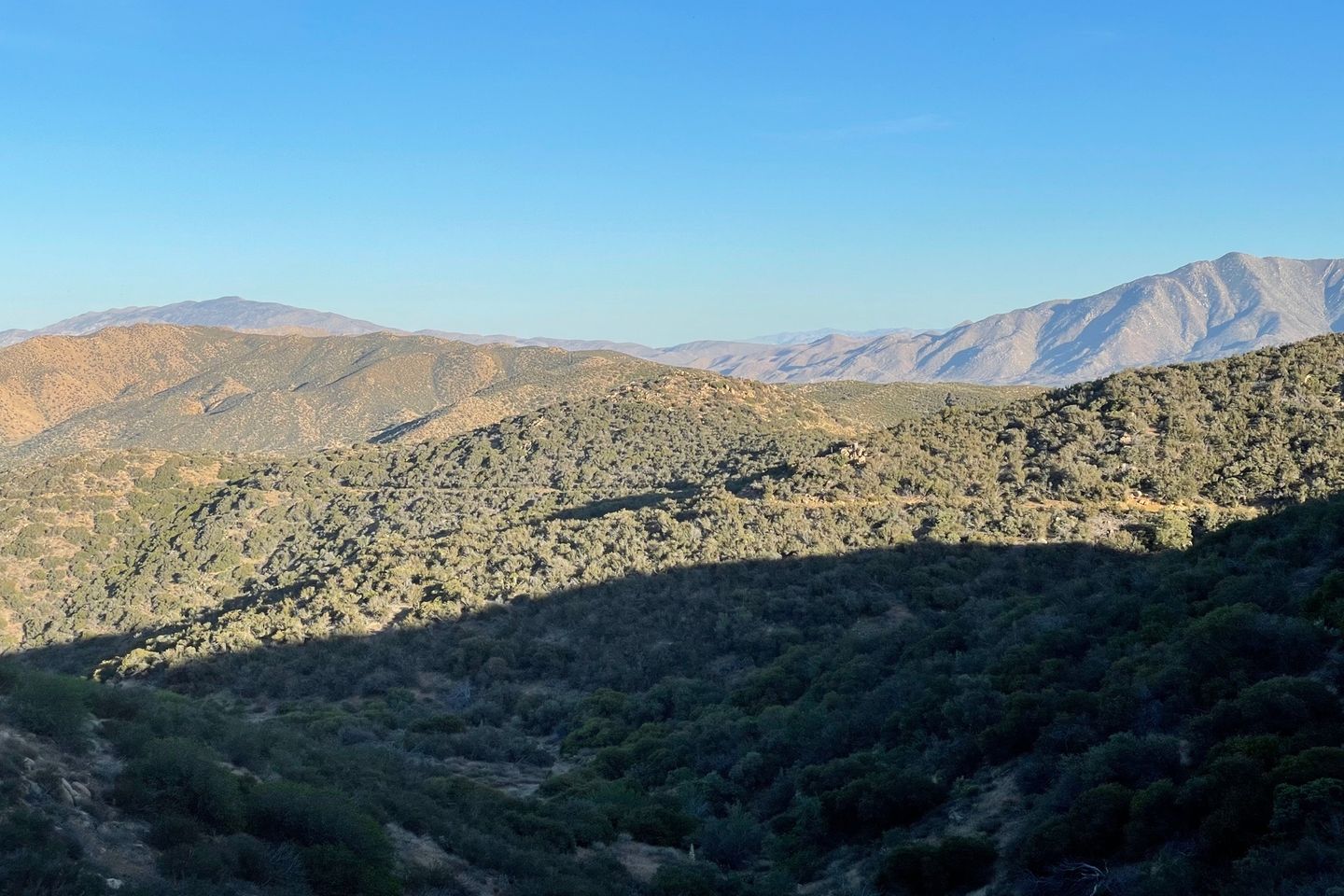 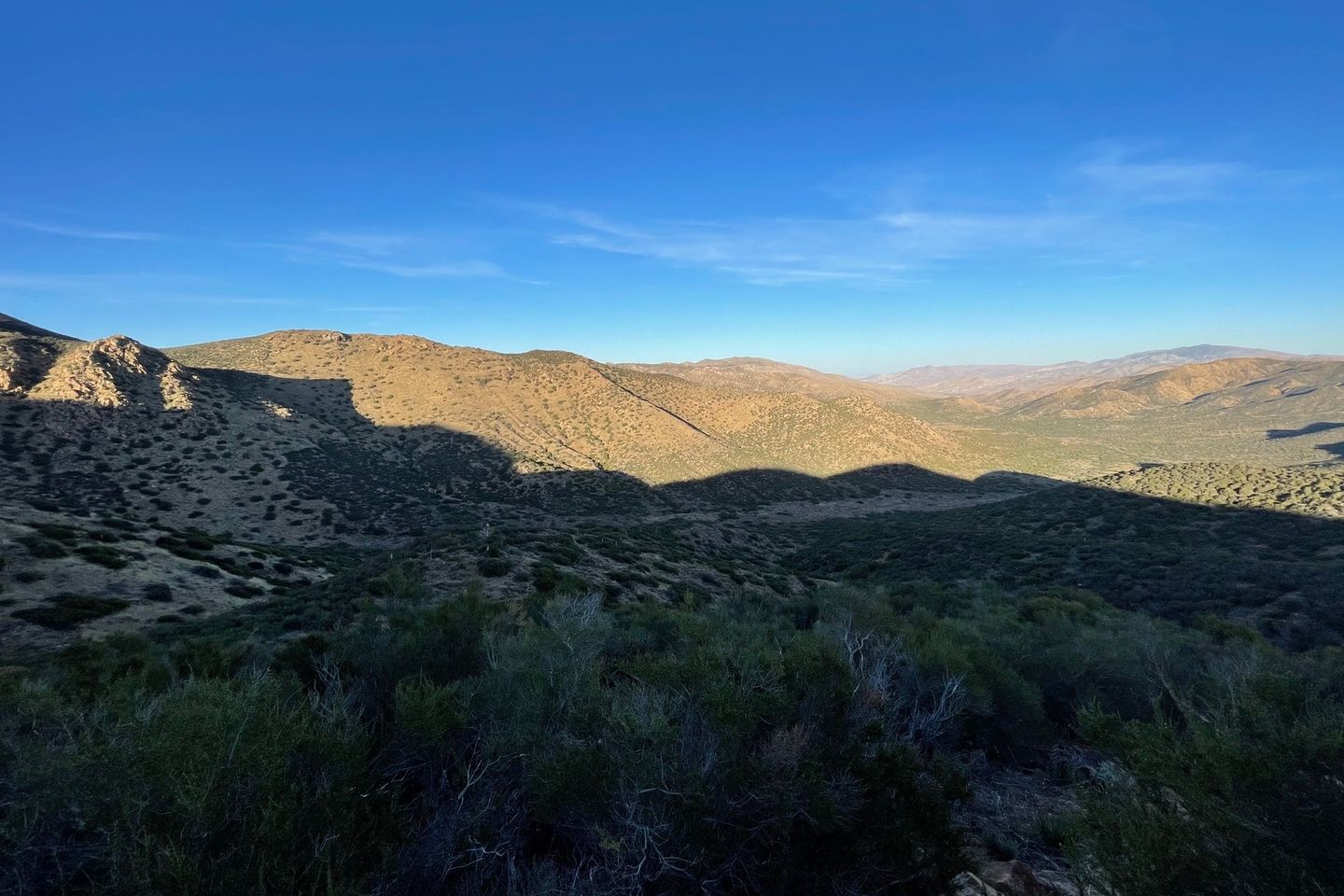 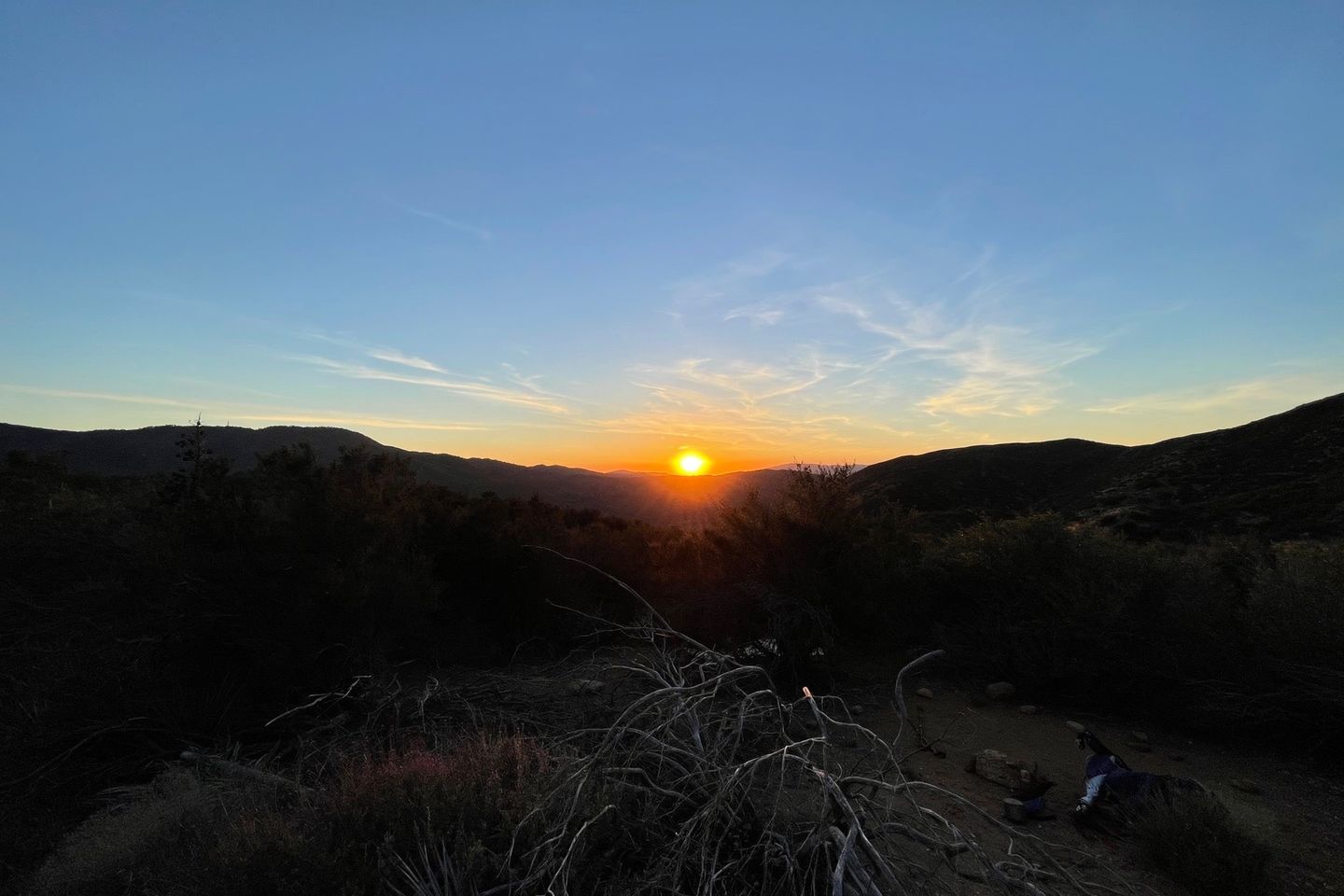 Today I woke up at 6 feeling tired but not sore. I grabbed some water and hit the trail by 7:45 which was much much later than planned. The sun was very hot and the climb was a little steep first thing in the morning. It would’ve felt fine in the shade though. I kept on and met Thin Mint and eventually saw Rachel. She passed by me again. I also saw Bruce which I was surprised by because I didn’t see him pass me the night before. He’s gone by scissors crossing when I was in Julian.

The day had lots of climbs that were minor but the sun was absolutely relentless. It was so hot and I had to keep taking breaks. My goal was to get to the water cache at 14.5 and take a siesta. I arrived and walked the long trail to a few pallets of gallon jugs. When I was back, Rachel, Thin Mint, and I hung out. Rachel invited us to zero and stay in her brothers cabin in Idyllwild which we’re going to do.

They left to keep going and I stayed back and was going to set up camp. I was low on water and walked the trail to get a liter and saw a rattlesnake. I tossed a rock near it and it slithered away rattling at me. I made dinner and decided to carry it with me to camp and eat there. The hike felt so easy considering the sun was setting and I was on the east ridge in the shade for most of it. When I crested the ridge I saw Heather who I’d met earlier with another girl who’s name I never got. There was a rattlesnake in the bushes and the path was narrow with a steep drop to one side. I don’t even know how a snake could get up here unless they used the trail. I tossed more rocks near it to scare it off but it just made it mad and come closer. A couple more and it slithered into some rocks and we all ran past it.

I arrived at camp and there were like 8 of us. We all sat and ate and laughed and it felt really great. I only have 15 miles or so to Warner Springs in the morning which will be excellent. I can get there midday and relax during the heat. I’m at mile 94.4 right now which means I’ll hit 100 tomorrow. Crazy!

GOOD LUCK MATE MY DREAM IS TO HIKE THE PCT