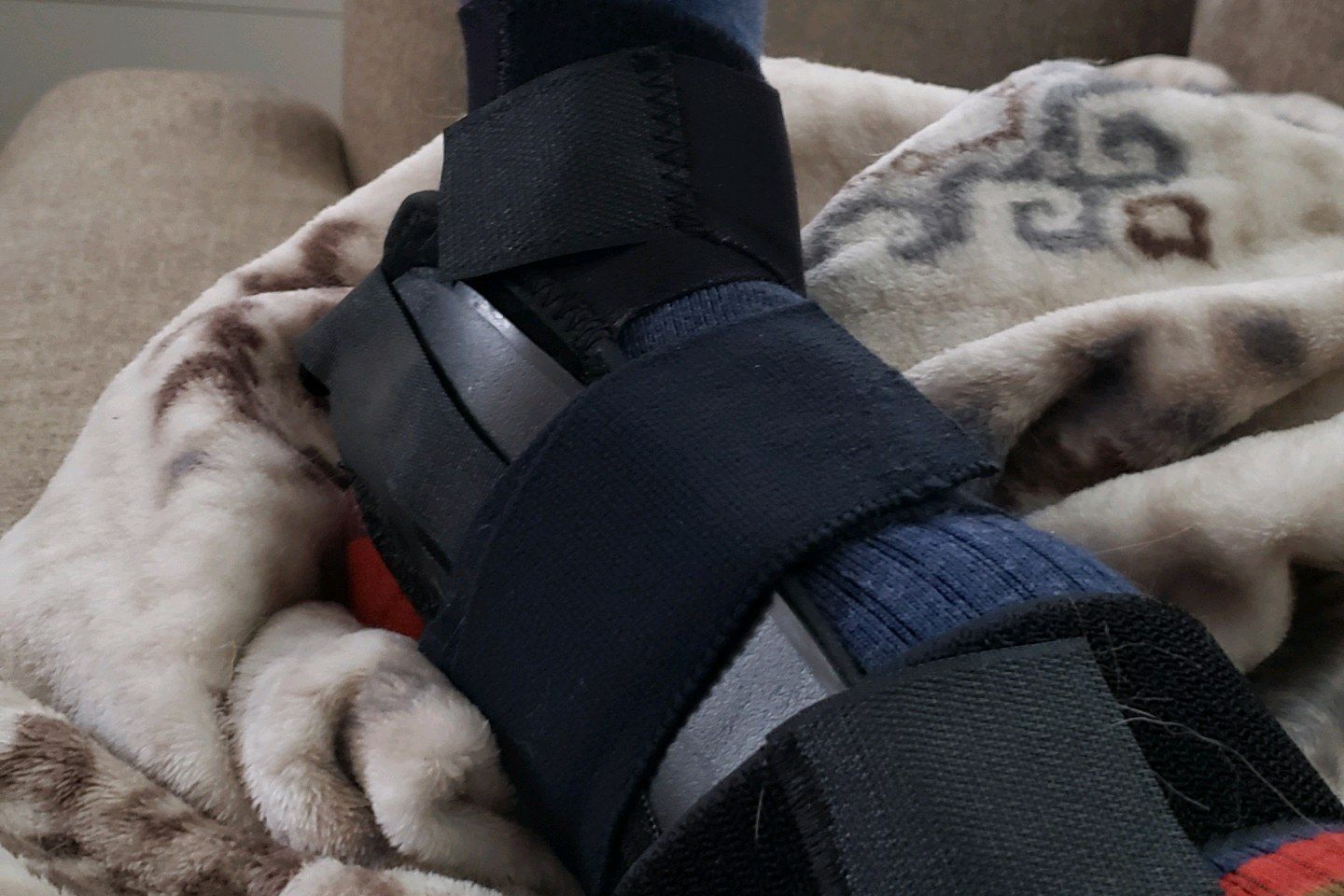 A picture says a 1000 words. Apparently when I fell at the start of the Houser Canyon climb 11 miles into the PCT I got a hairline fracture of my ankle. It was painful and swollen but since I walked to Lake Morena on it and borrowed an ace bandage from Claudia, I figured I'd just walk it off. And I continued doing this for another 25 days. I finally called my bff Channon to come get me so I could have it looked at as the swelling wasn't going away. Now I have my answers. Good news is the coolest Kaiser doc in the world said its not hike ending. He said he would have told me to stay off it for 4-6 weeks but, now it's almost 4 weeks later. So were going to try staying off trail and it for a week and he said if he were me, he'd go back out. Like I said, coolest doc ever. So after an awesome night at the hot springs and a hike out today, im home on the couch for a week. I actually picked a great time to be off trail. Ill have basicly 3 days of trail miles to make up hiking to Wrightwood, then only 11 miles after that I haven't already done at nauseum in training. Channon has offered to make up the miles with me after im done with my hike. So the plan is to jump back on with the Sierra Sisters at mile 510. I'm thinking I might do some trail magic at Fransiscito Canyon when my peeps get up there.