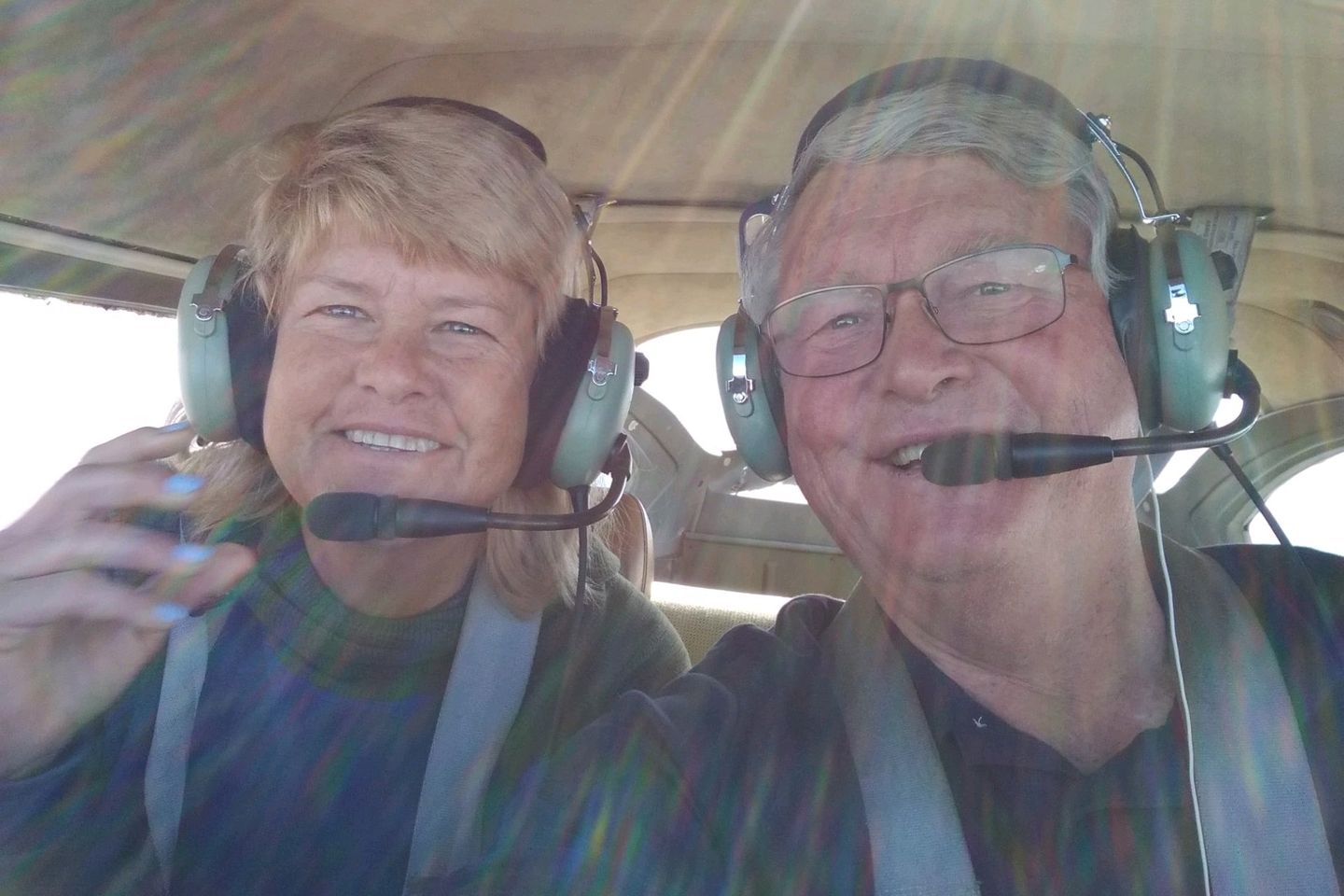 Most amazing zero day every. Jim stayed the night with me at Don and Roxann's house. He and to leave about 8:00 am as he has to make payroll, then get over to Catalina by tonight for divemastering duties. But not before Don made us a homemade breakfast of bacon and French toast and coffee...lots of real coffee.
Then Don took me up in his tiny plane, our flight plan was the PCT from Misson Creek to mile 517, so I got to see all the next parts of the journey, which was just amaze balls! Then he says are you getting hungry and we fly into Apple Valley Airport for lunch at the airport...because I guess people just do that. Such a cool expirence. Touched base with the Sierra Sisters and were going to swing by and pick them up. We will hike at least until Wrightwood together. Its funny, we keep trying not to become a hiking group, but we keep failing. We don't hike together as we all hike diff speeds (thought they are usually within 5 mins of each other and by the end of the day I always seem to get to camp about 45 mins ahead of them. But we do often end up having lunch together. Then when we set up camp we try and put out tents close enough that we can chit chat as we cook our respective dinners from our tents. Then in the morning we do it all again. So this next leg will be a 6 day leg. 4 days to the I15 at El Cajon and then 2 day to climb up into Wrightwood. Im packing a little more food then usual as ive decided to branch out. Im adding green onions, mushrooms and Spinach to my Ramin and wraps, that right in getting fancy. There is also a report of rain and some snow (although I think our decent from elevation will make the chances of snow less, on Sunday into Monday. So because of that im carrying a poncho that can double as an insulating layer under my sleep mat, an extra bugg and more hot hands in case temps dip down into the 19s and 20s again.